“The ‘Initiative against the Missile Shield in Kürecik’ carried their struggle against the Early Warning Radar System as part of the NATO Missile Shield to the heart of Istanbul.  About 500 people joined the protest march from Taksim to the Galatasaray Square on Sunday (25 September).  The action alliance demonstrated against installing the radar in Kürecik in the southeastern province of Malatya.  The protest action was joined by the Deputy Chair of the Republican People’s Party (CHP), Gürsel Tekin; Labour, Democracy and Freedom Block Deputy Levent Tüzel; and members of the Socialist Party of the Oppressed (ESP), Community Centres Organization, the 78’ers Initiative, Workers Movement Party (EHP) and the Turkish Communist Party (TKP).  Subsequent to a press release issued on Taksim Square, the group walked along the popular Istiklal Avenue chanting slogans like ‘No to a shield in Kürecik’, ‘Down with the USA, collaborator AKP’, ‘We will not be a shield for Israel’ or ‘No to war, peace here and now’.” — Nilay Vardar 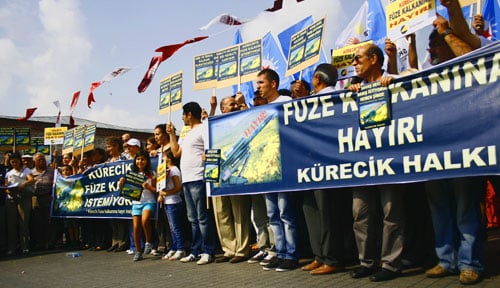 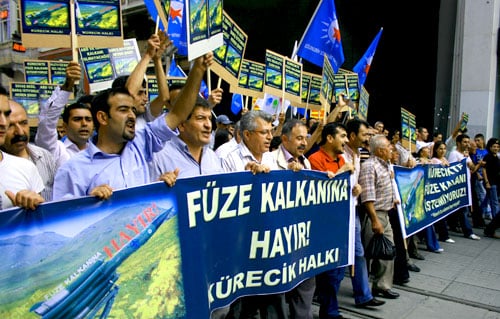 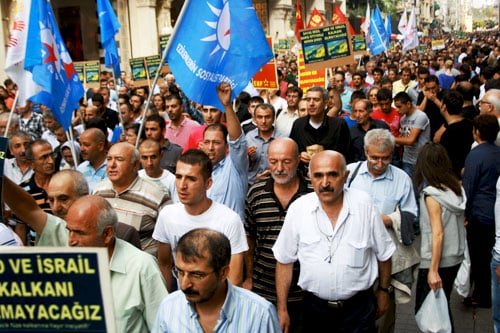 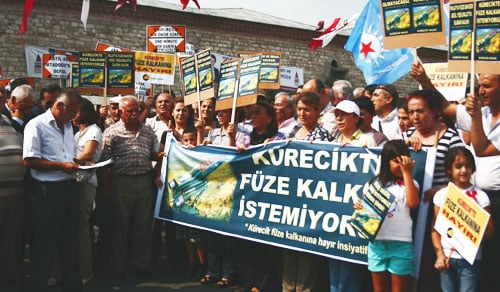