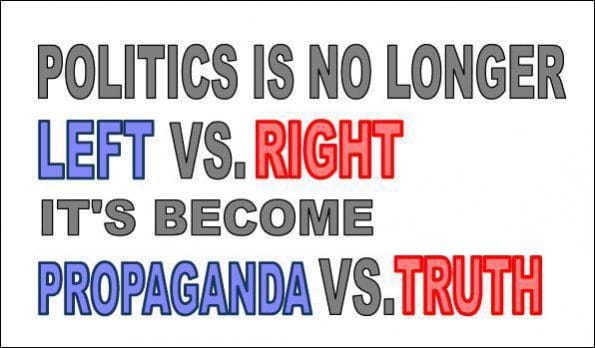 Populism has emerged as the latest bad word in the liberal commentary on current politics in the West. The understanding is simple. Populist politicians are supposed to appeal to the ‘people’ and stoke their jealousy against those who are economically, socially and politically successful. Why should liberal commentators be bad mouthing an appeal to the people? After all, is not democracy supposed to be government ‘of the people, by the people, for the people’? To appreciate the liberal disdain of populism, it helps to unpack its conception of state and economy. The basic idea is that running a modern and complex state and economy is a specialists’ job, much beyond abilities of ordinary people. That is why the liberal model of governance advocates representative democracy, rather than direct democracy. A related worry is the lack of cultural and civil behaviour of the masses. Masses vs classes, the former lacking public rationality and civility, while the latter being defined by these properties, is an apt description of the underbelly of liberal understanding of society. Depending upon how democratic a particular liberalism institutional structure is, the avenues to reach to the level of ‘classes’, through education, money, culture, etc. may be more or less open to individuals from different social strata. The liberal criticism of populism rests upon seeing it as a misguided, ill-informed and foolhardy attack on those without whom the political and economic system would not work.

Extreme right wingers relish the populist tag. It is a profitable wrapper over a racist, misogynist and communal core. What others see as racism and misogyny, someone like Trump sees as his courageous disregard of ‘political correctness’. And he genuinely believes that his conduct has allowed ordinary people to challenge a public censorship liberal elites had forced on them. Same for Modi; he sees his open espousal of Hindu communal interests as unshackling the Hindu pride from emasculation by a pseudo-secular ruling elite. Besides targeting entrenched elites, extreme right wingers like Trump, LePen, or own Modi, also use national jingoism, racism, misogyny, and bigotry to advance their politics. The populist label given by liberal commentators fails to address the threat these pose to selected minorities. It fails to face up to the disdainful and ugly realities to social life.

Another word used in liberal discourse to identify extreme right wing is ‘post truth’, designated as the word of the year by Oxford Dictionaries. The implication is that popular opinion now is somehow being easily swayed by emotionally charged rhetoric and fake news having no factual basis. The claim that this is happening only now is odd. The history of liberal media and politics is littered with selective reporting, commentary and demagoguery. Radical thinkers like Chomsky have uncovered how these tactics are used to create consent in liberal democracies. It was not too long ago that newspapers like NYT and Times were calling their readers to march to the drumbeats of war on Iraq on fake charges of weapons of mass destruction possessed by Saddam Hussein. Elected leaders like Blair were presenting ‘sexed up’ intelligence in the parliament to prepare their country for a war of aggression. The story was repeated without any remorse with regard to Libya and Syria. Nor is it the case that liberal media and politicians indulge in such skulduggery only for aggressions against third world countries, and are truthful saints when reporting on internal politics. The way even moderate left leaders like Bernie Sanders, Jeremy Corbyn, or Malenchon have been lampooned, and their policies against austerity and increasing taxes on the rich ridiculed would put shame to any claims of fair reporting and neutrality. Websites circulating fake news and rumours, and claims of leaders like Trump or LePen are only more brazen and less polished attempts to create a favourable public opinion. To create a wall separation of between them and liberal discourse, with truth and facts on the one side, and ‘post-truth’ on the other is a motivated attempt to disguise the long history of dissemination of false information and propaganda by the liberal establishment.

Extreme right wing in the West is growing in the space opened by the legitimacy crisis of the existing liberal mode of governance. The neo-liberal political economy has unsettled existing patterns of social expectations, and meaning of social life and relations. Globalisation of production, information and culture, and continental level migrations are producing fundamental changes in working lives and public environment; opening opportunities, as well as causing crisis for many. All such changes would be expected from any advance in technology. What is unique to neo-liberalism is a market model of society in which the public sphere is increasingly becoming privatised. This is depriving people of public support to deal with sudden and unsettling change. While many ordinary people feel helpless against these changes, the rich are becoming super rich; taking inequality of income, assets and personal security to obscene levels. Alienation and insecurity are the primal fears on which the right wing is growing. This, however, is only one part of the story.

The crucial factor is the relationship of extreme right wing with capitalism. In class terms it is an ideology of small property. It is viciously against any organised effort by the working class, since that affects small property too. Echoing the description of fascism of his time by Walter Benjamin, the contemporary extreme right wing expresses the interests of the small property in rhetoric, but has no hesitation in serving the interests of the large monopoly capital. In general it continues with existing property relations. Its nationalist emphasis may put it in seeming contradiction with interests of global capital. This is seen both in Trump’s and National Front’s declared programmes. This contradiction though is only conjunctural. The threat of economic ‘nationalism’ is more likely to be used to get better deals from weaker economies, and oppress immigrant labour even more, rather than to challenge global capital.

Socially and culturally extreme right is conservative with tradition and community being two pillars of its propaganda and policies. Politically it projects itself as nationalist, decries national ‘failures’ and calls for making the nation great. It advocates use of state violence for bringing public order. Its propaganda is aggressive and vindictive against its political rivals (leftists and liberals) and relies upon scapegoating (of minorities, immigrants, and other marginal groups). All these were also characteristics of fascism.

In the popular and liberal discourse fascism is associated with Hitelerite militarisation and mass violence. What current extreme right wing shares with the classic form of fascism in Italy and Germany is the ideological position that it is all right, rather morally correct to use state and street violence against targeted groups of people. The actual use of violence depends on many factors. Neither conceptually, nor practically, it makes sense to identify a political programme with only one tendency. Rather, fascism should be seen as one form of state rule under capitalism. The fascist genus can take different forms in different countries depending upon their history, social composition and the nature of crisis. Populism, i.e. appeal to people against mismanagement by elites, is only one of its mobiliisational tactics, as also are street violence, and shrill propaganda. The liberal reading of extreme right wing as populism serves its own political interest in maintaining elite domination. It misses its essential fascist character.