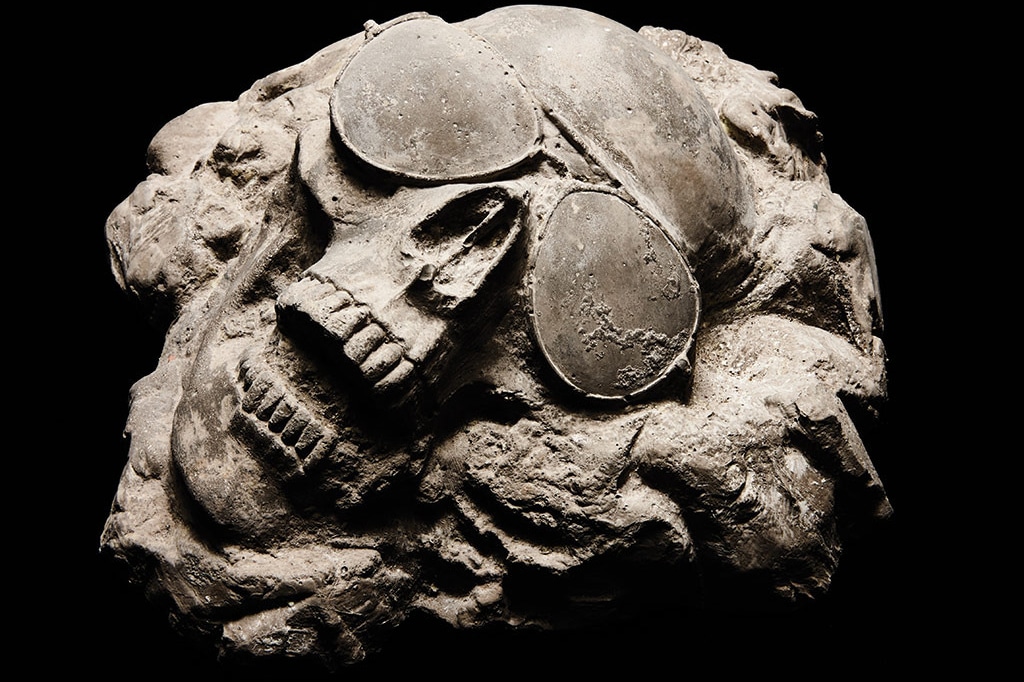 The piece to which this article refers in New York magazine, “The Uninhabitable Earth” by David Wallace-Wells, received such an extraordinary response—within days it became the most read article in the entire history of New York magazine—that the editors decided to publish a second version: “The Uninhabitable Earth, Annotated Edition.” This heavily annotated edition of the article focuses primarily on the accuracy of the data, since the loudest and most vociferous critics cast the author aside as a “catastrophist” (or a “doomist” in its more recent incarnation). By taking this line, critics put themselves in a position of attempting to poke holes in the science, which, although an impossibility at this point, was latched onto by a broad chorus of commentators. Thankfully, some are beginning to reject this label, which in has been applied to MR editor John Bellamy Foster. This is an ideal time to look back to Ian Angus’s excellent article on the topic: “The Myth of ‘Environmental Catastrophism’.”

David Wallace-Wells has a cover story on climate change in New York magazine that has kicked up quite a discussion.

It’s about worst-case scenarios, i.e., what is likely to happen if we do nothing to change our current greenhouse-gas emissions trajectory. It answers the question: How bad could it get?

Turns out, it could get pretty bad. The dystopian future the piece describes is much worse, and forecast to happen much sooner, than most people—even people fairly well-versed in climate change—understand.

I won’t rehearse the parade of horribles, which range from exotic new (or old) diseases to starvation, dehydration, forced migration, and armed conflict. Instead, I want to address some of the critical reaction to the piece, which I have found … irksome.

Two basic questions that have been raised: whether the article is accurate and whether it is “useful.” On both counts, the piece is on far more solid ground than its critics acknowledge.

Yes, it is mostly accurate

I’ve already run into about a dozen tweets, Facebook comments, and emails to the effect of, “Michael Mann debunked that piece.” Except he didn’t, not really.

Mann, a noted climate scientist, has a Facebook post on the article. It specifically criticizes two points in the Wallace-Wells piece.

First, Mann questions the notion that methane released from the melting Siberian permafrost will rapidly fry the Earth. The science, he says, “doesn’t support the notion of a game-changing, planet-melting methane bomb.”

But you will search the Wallace-Wells piece in vain for any of those words (except “methane”). He never says “bomb” or “sudden.” He simply says that there’s lots of carbon buried in the permafrost and, as the ice melts, the carbon is released as methane, which is 86 times more potent as a greenhouse gas than carbon dioxide (on a short- to mid-term basis). That is true.

This, I suspect, is the offending sentence: “In other words, we have, trapped in Arctic permafrost, twice as much carbon as is currently wrecking the atmosphere of the planet, all of it scheduled to be released at a date that keeps getting moved up, partially in the form of a gas that multiplies its warming power 86 times over.”

I suppose you could say “all of it is scheduled to be released” implies that it will all be released at once, but nothing in the context of the piece supports that interpretation.

The piece’s brief treatment of methane does not convey all the nuances—see this RealClimate post for more on methane and climate—but nothing in it strikes me as false or even particularly exaggerated. It’s plainly true that the world’s ice contains lots of carbon and is melting faster than expected.

Second, Mann flags what does seem to be clear overstatement, when Wallace-Wells references “satellite data showing the globe warming, since 1998, more than twice as fast as scientists had thought.” It doesn’t actually show that. One set of satellite data was updated, it falls in line with the rest, and warming is happening roughly on the schedule models predicted (which, as Mann notes, is plenty fast enough).

So that’s one close call and one error, which together constitute, by my rough calculation, about a fiftieth of the factual claims in WW’s piece. The rest, as far as I know, stands.

8. We’ve made huge climate strides. Business-as-usual used to mean 6 or 7 degrees C or warming. Now it looks like 3-4, and trending down.

It is true that the world is making progress on carbon emissions. Many pieces have been written about that and I’m sure many more will be. But Wallace-Wells’ piece was not about that. It was about what will happen if we keep on as-is.

As many people have noted, we probably won’t keep on as-is, which makes the worst-case unlikely. But Wallace-Wells is not predicting it will happen. “What follows is not a series of predictions of what will happen,” he writes early on. “That will be determined in large part by the much-less-certain science of human response.”

He’s merely describing what could happen if we cease to act, which no one wants … except one of the two major political parties in the world’s most powerful country, including the man in charge of the executive branch and military.

Naam’s real objection, and the real objection of many of the piece’s critics, seems to be to what Mann calls WW’s “doomist framing.” It is, we are told again and again, not “useful.”

Yes, it is mostly useful

This is a deeply irresponsible article, cherry-picking doomsday scenarios. Climate change is real and serious, but this is stretching… https://t.co/kEPhvGaywf

I'm probably scabbing on myself here, but here are some longer thoughts on this: pic.twitter.com/mmUdhOTHy9

Lest the message be lost, Freeman’s piece was originally headlined: “Do not accept New York Mag’s climate change doomsday scenario.”

The theme of all these critiques is that bad, scary news doesn’t help. It terrifies and paralyzes people.

6. Finally, through combo of exaggeration and hopelessness, it turns away those in the middle we need to persuade. It makes action *harder*.

People often cite social science in support of this critique (Emily Atkin at the New Republic has a few references), but I think the lesson, such as it is, has been wildly overlearned.

First, social scientists are forever testing how individuals respond to various messages in lab conditions, in the short-term, but the dynamics that matter most on climate are social and long-term. It may be that there are social dynamics that require some fear and paralysis before a collective breakthrough. At the very least, it seems excessive to draw a pat “fear never works” conclusion from these sorts of data.

Second, even if it’s true that fear only “works” when it is joined with a sense of agency and efficacy, that doesn’t mean that every single instance of fear has to be accompanied by a serving of hope. Not every article has to be about everything. In fact, if you ask me, the “[two paragraphs of fear], BUT [12 paragraphs of happy news]” format has gotten to be a predictable snooze. Some pieces can just be about the terrible risks we face. That’s okay.

Finally, fear+hope requires fear. Wallace-Wells himself has the best defense, in a (fascinating) interview with Gothamist:

It just so happens that people seem much less aware of those sort of [negative-end] tail risks than they are of the positive-end tail risks, which are namely that life will continue much like it is now. And so I thought even just as a kind of experiment in psychological anchoring, it was useful to say, here’s really the worst case outcome that you should be thinking about probably as often as you think about the best case outcome, which is the world that you walk through every day. There’s been a sort of general failure of imagination that means we’ve accepted what’s the median-likely outcome as a worst-case scenario. As a result we’ve been a bit handicapped in thinking about how much action needs to be taken.

This sounds exactly right to me. “Things stay roughly as they are” is just as improbable as the worst-case scenario he lays out, yet I’d venture to guess it is believed (or more importantly, envisioned) by vastly more people.

It’s fine for activists to be congenitally positive—that’s their job. But I’m with Slate’s Susan Matthews: it’s just weird for journalists and analysts to worry about overly alarming people regarding the biggest, scariest problem humanity has ever faced. By any sane accounting, the ranks the under-alarmed outnumber the over-alarmed by many multiples. The vast majority of people do not have an accurate understanding of how bad climate change has already gotten or how bad it is likely to get, much less how bad it could get if we keep electing crazy people.

When there are important things that people don’t understand, journalists should explain those things. Attempts at dime-store social psychology are unlikely to lead to better journalism.

Over my 407 years in the climate-o-sphere, I’ve cycled through just about every school of thought on the right way to communicate climate change. What I’ve come to believe is that on this, as on most matters, nobody really knows anything. Even if there are accurate statements about how people in general respond to messages in general, they won’t tell you much about how you ought to communicate with the people you want to reach.

Writing that is consciously pitched to reach and inspire some mythical average reader (as encountered in social science studies filtered through popular journalism) tends to be flavorless and dull.

Similarly, the dry, hedged language of science is not the only serious or legitimate way to communicate, though climate scientists often mistake it as such. WW’s piece is full of florid language like this:

However sanguine you might be about the proposition that we have already ravaged the natural world, which we surely have, it is another thing entirely to consider the possibility that we have only provoked it, engineering first in ignorance and then in denial a climate system that will now go to war with us for many centuries, perhaps until it destroys us.

That is a humdinger of a sentence! I wish I had written it. However much climate scolds may harumph at this kind of language, it is visceral, visual, and memorable in a way that probability functions and error bars never will be.

Most people simply have no idea how scary climate change is. However that terrible urgency is communicated, the world is better for it.