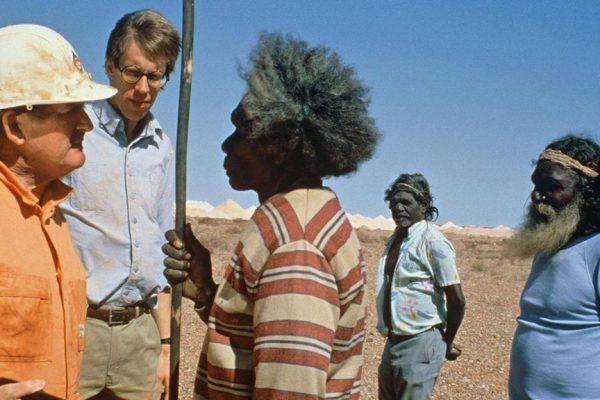 John Bellamy Foster’s essay,“Third Nature: Edward Said on Ecology and Imperialism” is taken from Vijay Prashad, ed., Will the Flower Slip Through the Asphalt (New Delhi: LeftWord Books, 2017), pp. 50-57. This edited collection was organized around Naomi Klein’s 2016 Edward W. Said Lecture, “Let Them Drown,” originally published in the June 2016 issue of the London Review of Books and then reprinted in Will the Flower Slip the Through the Asphalt, together with original pieces by other authors. In her Edward W. Said Lecture, Klein insightfully discussed Said’s implicit connection to ecology as expressed in many of his works, and arising from his deep Palestinian roots. Foster’s essay, which came immediately after Klein’s in the book, critically extended her argument to take into consideration Said’s later more explicit contributions to an ecological critique in his 1993 book Culture and Imperialism. —Eds.

Naomi Klein’s wonderful essay on the numerous ecological implications that appear almost unconsciously in Edward Said’s texts, forming part of their structural background—a perfect example of what he himself famously called a “contrapuntal reading”—demonstrates that ecological themes were always just below the surface in his work, conditioning his own sense of resistance.1

This is hardly surprising given his Palestinian heritage and his identification with the struggles there and throughout the Global South. Klein goes on to use this reading of Said on ecological imperialism to comment on the entire phenomenon of a world engulfed in Earth-system crisis, moving beyond the drought-ridden Palestine to Pacific Islands being submerged by sea level rise due to climate change—from which she takes her sardonic title “Let Them Drown.”

It takes nothing away from Klein’s remarkable argument in this respect, indeed it only serves to reinforce it, if we go on and recognize that in his last decade, particularly in his Culture and Imperialism, Said was drawn directly into the ecological discussion. This should not surprise us. He was altogether too sensitive a cultural critic of imperialism to fail to discern the degree to which ecology formed the background for many of the colonial and decolonial allusions to be found in writers from Austen to Yeats. In examining the literature of anti-imperial resistance in particular, and putting this into historical context, Said became acutely conscious of ecological themes. More importantly, he broke through the usual discussions and offered his own unique insights in this area. Relying on Alfred Crosby’s Ecological Imperialism, Said explained that,

Wherever they went Europeans immediately began to change the local habitat; their conscious aim was to transform territories into images of what they had left behind. the process was never-ending, as a huge number of plants, animals and crops as well as building methods gradually turned the colony into a new place, complete with new diseases, environmental imbalances, and traumatic dislocations for the overpowered natives. A changed ecology also introduced a changed political system.2

This ecological remaking of colonial territories in the image of the colonizer’s own territory was tied to the unequal development that the imperial powers imposed on most of the world. Referring to the work of Marxian geographer Neil smith, Said saw imperialism as culminating in a process that “universally commodifies all space under the aegis of the metropolitan Centre.”3 This was then justified within the geopolitical ideology of imperialism in the work of thinkers like Halford Mackinder, who saw it all as a result of national conditions of fertility, differentiated ecological zones, climates, and races.4

Most important in Said’s discussion was his treatment of what Hegel, Marx, and Lukács called “second nature,” resulting from the transformation introduced by human production, counterposed to “first nature.” From a position of resistance to imperialism, Said explained, such a second nature was clearly an imperialist second nature. There could be no return to first nature. What was required therefore was the creation of a third nature that would both restore (in part) what had existed before and would transform the human relation to nature into something new:

To the anti-imperialist imagination, our space at home in the peripheries has been usurped and put to use by outsiders for their purpose. It is therefore necessary to seek out, to map, to invent, or to discover a third nature, not pristine and pre-historical (‘romantic Ireland’s dead and gone’, says Yeats) but deriving from the deprivations of the present. the impulse is cartographic [a kind of remapping of the land], and among its most striking examples are Yeats’s early poems collected in ‘the rose’, Neruda’s various poems charting the Chilean landscape, Césaire on the Antilles, Faiz on Pakistan, and Darwish on Palestine—

Restore to me the color of face,
And the warmth of body,
The light of heart and eye,
The salt of bread and earth…the Motherland.5

The restoration of the land and the ecology was a constant theme of revolutionary anti-colonialism. “One of the first tasks of the culture of resistance,” Said observed, “was to reclaim, rename, and reinhabit the land. And with that came a whole set of further assertions, recoveries, and identifications, all of them quite literally grounded on this poetically projected base.” In this way, he pointed to a poetic aesthetic of ecological resistance in the periphery. The fact that it was predicated on the need for a third nature made the “emergence of an opposition” in the periphery at the same time the articulation of a new revolutionary ecology, an alternate relation to the earth. It meant transforming “the imperialized place” of the present into a renewed and more developed social commons.6

Said’s powerful explanation of how “space at home” had been usurped seemed to recast the images from Marx’s treatment of primary (“so-called primitive”) accumulation, and what Marx had called “usurpation of the common lands” accompanying the “expropriation of the agricultural population from the land.” Said also seems to have recast Marx’s treatment of the alienation of nature, in referring to how imperialism had “alienated the land” and thus “alienated people from their authentic traditions.”7

All of this gave a more radical meaning to ecological aspirations, in which the recovery of the human connection to the earth, and therefore to labor, and to human community—as well as to past traditions—played an indispensable role in the urge to resist and create a new cultural reality. The sense of expropriation, of theft, of robbery, of alienation of the earth, and estrangement from past, Said recognized, existed among people struggling everywhere; but this alienation was especially prevalent amongst those seeking to cast off the imperialist yoke. Lukács, in his discussion of “lost transcendence” in his The Theory of the Novel—Said pointed out—had argued that “every novelistic hero…attempts to restore the lost world of his or her imagination.” This was a reflection of the deep alienation of nineteenth century society, in which the rifts could not be healed.8

Culture and Imperialism, despite its scholarly form, was meant as a work for contemporary struggle. Although much of it focused on eighteenth and nineteenth English literature, it leaped forward into a more global, more resistance-based perspective of the twentieth century. Here Said identified the ecological perils now emerging on a planetary level, and the importance of ecology in mustering the needed global revolt from below. He referred to ‘the immense range of global forces (including what has been called “the death of nature”)’ producing the contemporary period of crisis and change. In this context, he contended,

The two general areas of agreement nearly everywhere are that personal freedoms should be safeguarded, and that the earth’s environment should be defended against further decline. Democracy and ecology, each providing a local context and plenty of concrete combat zones, are set against a cosmic backdrop. Whether in the struggle of nationalities or in the problems of deforestation and global warming, the interactions between individual identity (embodied in minor activities like smoking, or using of aerosol cans) and the general framework are tremendously direct, and the time-honored conventions of art, history and philosophy do not seem well suited for them… More reliable now are the reports from the front line where struggles are being fought… The major task, then, is to match the new economic and socio-political dislocations and configurations of our time with the startling realities of human interdependence on a world scale.9

There can be no doubt that what Said was calling for here was the creation of a third nature on a global scale, a new cultural-material-reality, reflecting a sustainable relation between human beings and the earth, and a world of substantive equality. This of course was closely related to the society of associated producers as conceived by Marx.10

Said knew that the human and cultural resources for this change were to emerge first in the periphery, in a process of de-imperialism—if humanity were to have a meaningful future at all. He had a sense of being a permanent exile, but he drew from this the personal resources for an alternative vision of human liberation. “Just as human beings make their own history,” he wrote in the closing paragraph of Culture and Imperialism, “they also make their cultures and ethnic identities.… Survival in fact is about the connections between things.”11 It was necessary finally to heal the rifts—social, ecological, and cultural—in our disconnected world.

[1] Said borrowed the notion of ‘contrapuntal reading’ from music. He used it especially in relation to Jane Austen’s Mansfield Park, where a colonial-slave sugar plantation is the basis of the family’s wealth and structures the plot without actually entering directly into the narrative. As Said explained, “In practical terms, ‘contrapuntal reading’ as I have called it means reading a text with an understanding of what is involved when an author shows, for instance, that a colonial sugar plantation is seen as important to the process of maintaining a particular style of life in England..… The point is that contrapuntal reading must take account of both processes, that of imperialism and that of resistance to it, which can be done by extending our reading of the texts.” One can say that this phenomenon of the veiled reality of imperialism shows up in decolonizing as well as colonizing literatures. Said’s own work brings out the violence and physical dislocation of peoples due to imperialism. Klein shows that a contrapuntal reading of Said’s work itself also reveals the deep ecological recesses of resistance in his thought. See Edward Said, Culture and Imperialism (New York: Vintage, 1993), p. 66.

Trump’s tax cuts would give the poor $40 each and the ultrarich $940,000
Naomi Klein and Jeremy Corbyn discuss how to get the world we want