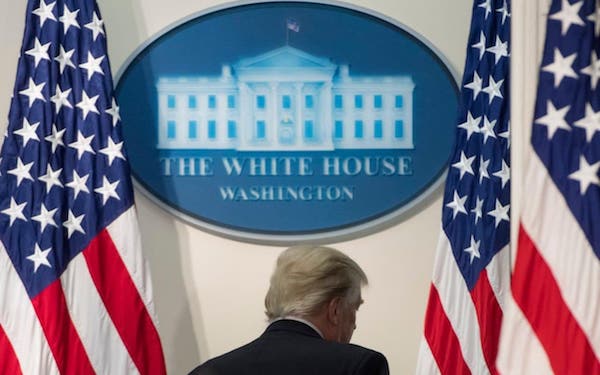 One of the dangers of being limited to the English-language press is that important aspects of major news stories can readily be reported in an awfully one-sided manner. The object lesson today is the latest U.S. sanctions against Russia, which passed the House today by a 419-3 margin. The hot button for Europeans that the bill targets the NordStream2 pipeline that would deliver gas from Russia to Germany. They also single out a large range of players, including Russian banks, energy exporters and projects, and arms merchants. Moreover, unlike past sanctions, they cannot be reversed by the President but require Congressional approval for any rollbacks.

Unlike past sanctions against Russia, which European governments have backed, albeit with some grumbling, since some countries, particularly Germany and the Netherlands, have commercial ties with Russia, the EU is opposed to the latest U.S. campaign. From the Financial Times:

Brussels has stepped up its diplomatic offensive against the U.S. moves, warning that several oil and gas projects involving Shell, Eni and BP are at risk. On Tuesday, officials said Brussels was “activating all diplomatic channels” in an effort to persuade lawmakers to dilute the bill’s impact on European companies and the continent’s energy security.

EU officials are concerned that the sanctions could damage multibillion-euro pipeline and infrastructure projects straddling Russian territory and beyond in areas as far apart as the Baltic and Black seas.

A list prepared for EU commissioners shows that projects at risk include the proposed Baltic liquefied natural gas plant on the Gulf of Finland of the Baltic Sea, in which the Anglo-Dutch group Shell has a stake alongside Russia’s Gazprom. The list also includes Blue Stream, the gas export pipeline linking Russia with Turkey in which Eni of Italy has a 50 per cent. The threat to this pipeline centres on penalties against the maintenance and repair of pipelines on Russian land or waters.

Documents seen by the Financial Times also state that BP “would not be able to engage” in its activities with Rosneft if the U.S. penalties hit operations by European companies to maintain, repair or expand pipelines in Russia.

The list also includes the CPC pipeline in which European groups such as BG Overseas Holdings, Shell and Eni work with Russia to carry Kazakh oil to the Black Sea via Russia. Both the existing pipeline and its proposed expansion could be hit by the sanctions. As a result, European officials believe the impact of the new sanctions would go far beyond the contentious Nord Stream 2 project that Gazprom is building between Russia and Germany and the existing Nord Stream 1 pipeline.

New Europe (hat tip Micael) states that Brussels plans to retaliate against the U.S. if the sanctions are imposed, although it may not be able to deliver on its threat:

It is unclear whether EU member states such as the UK, the Baltic States, Poland, or Hungary are willing to sign off retaliatory measures towards Washington.

I hope German language readers can help flesh out the input from a regular reader of the German press. He said that the German businessmen and politicians see the latest round of sanctions have as a major objective foisting U.S. gas on Europe and that they don’t like being stuffees. SPD party leader and foreign minister Sigmar Gabriel apparently made a speech on this topic in the last few days. This would be consistent with his earlier statements, as reported by WSWS last week:

Republicans and Democrats agreed almost unanimously, by 97 votes to 2, to impose new sanctions on Russia in the Senate on Wednesday…

Gabriel and Kern brusquely rejected the U.S. Senate’s measure. The bill was really about “the sale of American liquefied gas and the sidelining of Russian gas supplies in the European market,” according to the two social democratic politicians. That emerges from the text “particularly explicitly.” The goal was “to secure jobs in the American oil and gas industries.”

The U.S. and Europe had since 2014 “side by side and in close joint consultation answered Russia’s annexation of Crimea, which is illegal under international law, and its actions in eastern Ukraine. … But the threat to impose extraterritorial sanctions which violate international law on European companies participating in the expansion of European energy supplies” could not be tolerated. Europe’s energy provision was “a European affair, and not one for the United States of America!”

Gabriel and Kern went on to warn, “Instruments of political sanctions should not be connected with economic interests.” Threatening European companies “in U.S. markets with punishments” if they participate in or finance projects like the Nord Stream II oil pipeline with Russia would introduce “an entirely new and extremely negative quality to European-American relations.”

German Chancellor Angela Merkel explicitly backed her Foreign Minister on Friday. There was “very strong agreement in terms of content with Gabriel’s statement,” stated government spokesman Stefan Seibert. “It is, to put it mildly, an unconventional action by the U.S. Senate.” It was troubling that European businesses were being targeted by sanctions to punish Russian behaviour. “That cannot be allowed,” added Seibert.…

Following the G7 summit three weeks ago, Merkel, in a speech delivered in a Munich beer tent, called into question the alliance with the United States, which formed the basis of Germany’s foreign policy in the post-war era. “The times in which we could completely depend upon others are long past,” she stated and advanced on this basis the demand, “We Europeans really have to take our fate into our own hands” and “fight for our own future.”

OilPrice today confirmed that U.S. shale gas is in a glut in Why U.S. Shale Drillers Can’t Sell Their Gas:

Natural gas output from the U.S. shale formations is at a record high. So are recoverable gas reserves, according to the Potential Gas Committee. This sounds like good news for everyone except producers: there just are not enough pipelines to transport the gas, which is already uncomfortably cheap because of the abundant supply.

As natural gas prices recovered from the lows they hit last year on oversupply, shale producers became bolder and started ramping up, just like oil drillers did. As a result, according to Bloomberg data from June, output in the Marcellus shale and the Permian has hit a record. In the Marcellus shale, daily output is close to 20 billion cu ft, while associated gas in the Permian is creeping closer to 10 billion cu ft daily.

The situation is pretty simple: the pipeline shortage is making it difficult for everyone from producer to consumer to make the best of the current abundance of natural gas supplies.

Mind you, pipelines are also the preferred way to deliver shale gas to LNG transport facilities, but you get the overall picture.

And the Administration has been clear that it sees U.S. energy exports as a major foreign policy tool. As Energy Secretary Rick Parry stated earlier this month:

An energy dominant America means self-reliant. It means a secure nation, free from the geopolitical turmoil of other nations who seek to use energy as an economic weapon.

An energy dominant America will export to markets around the world, increasing our global leadership and our influence.

As CNBC pointed out:

Trump re-branded efforts to export liquefied natural gas (LNG) to markets in Eastern Europe and Asia that had been set in motion during the previous presidential administration.

I hope Europe-based readers will pipe up in comments, particularly as to whether they think Germany can get the rest of the EU behind opposing the U.S. I understand that one impediment is that some countries like Poland have invested in LNG facilities and thus aren’t on the same page as the Germans.