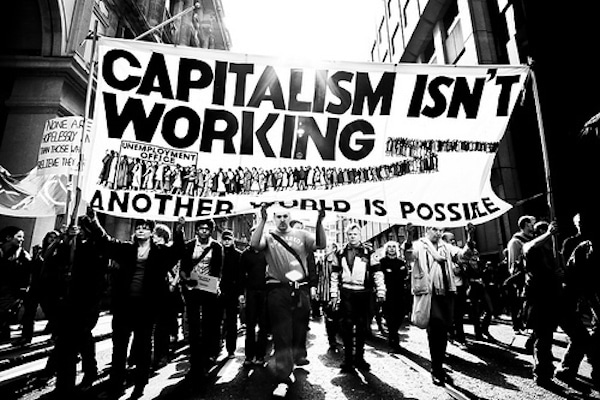 In what I call the pan-European world (North America; western, northern, and southern Europe; and Australasia), the basic electoral choice for the last century or so has been between two centrist parties, center-right versus center-left. There have been other parties further left and further right but they were essentially marginal.

In the last decade however, these so-called extreme parties have been gaining in strength. Both the radical left and the radical right have emerged as a strong force in a large number of countries. They have needed either to replace the centrist party or to take it over.

The first spectacular achievement of the radical left was the ability of the Greek radical left, Syriza, to replace the center-left party, Pasok, which actually disappeared entirely. Syriza came to power in Greece. Commentators talk these days of “pasoksation” to describe this.

Syriza came to power but was incapable of carrying out its promised program. For many, Syriza was therefore a great disappointment. The most unhappy faction argued that the error had been to seek electoral power. They said that power had to be achieved in the streets and then it would be meaningful.

We have since had other cases of an emergent radical left. In Great Britain, the leader of the radical left, Jeremy Corbyn, became the leader of the British Labour Party by obtaining the support of new members who entered the party to vote in the primary. In the United States, Bernie Sanders challenged the Establishment candidate, Hillary Clinton, and had a surprisingly strong degree of support. In France, the party of the radical left candidate, Jean-Luc Mélenchon, also did surprisingly well and obtained more votes than the mainstream left party, the Socialists.

Today, in all of these countries there is an internal debate among radical left militants about future tactics. Should they seek electoral power or should they seek to control the streets? The dilemma is that neither works well. If they come to state power, they find that they have to make innumerable “compromises” of their program in order to remain in power. If they seek power only in the streets, they find they cannot make the changes they want without power in the state, and are able to be held in check by state agencies using state force.

What probably makes most sense as tactics in the short run is to use both tactics, the electoral route and the street route, even if neither pays off in the short run. Think of the short run as a training ground for the middle run. This would work if we understood the time distinction and therefore were encouraged rather than discouraged by what we achieve in the short run. Can we do this? Yes we can. But will we? We shall see.

Immanuel Wallerstein, Senior Research Scholar at Yale University, is the author of The Decline of American Power: The U.S. in a Chaotic World (New Press). As well as a author for Monthly Review.