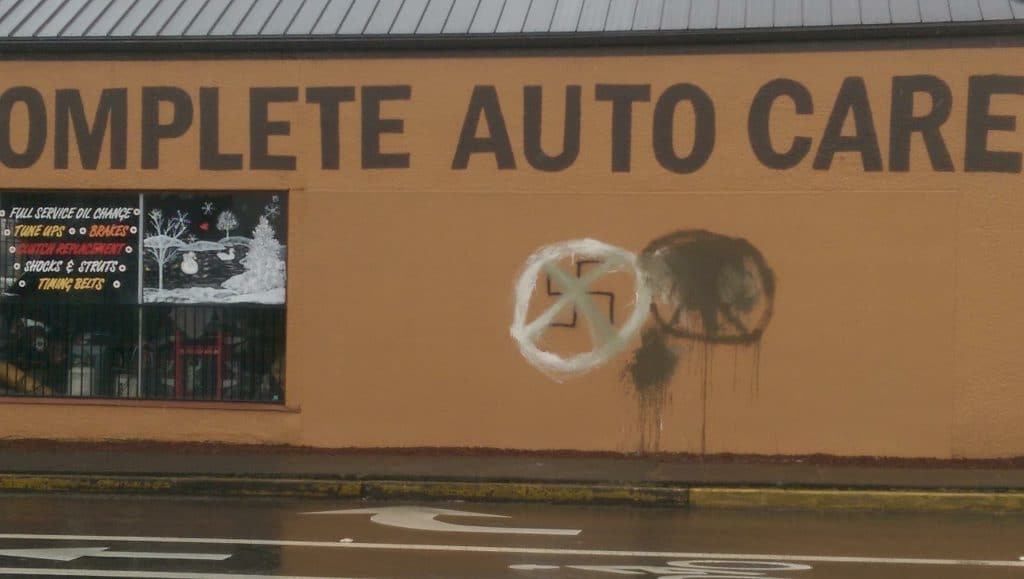 Jerry and Walt’s Auto Care was tagged with a swastika. 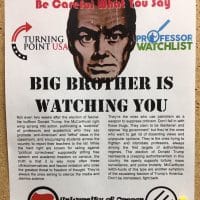 In Eugene, Oregon, white nationalist and neo-nazi activity has been simmering for decades. Like everywhere however, the election of Donald Trump has provided a green light for the far-Right to strut their discriminatory and threatening messages.

Young, inexperienced, and naive individuals are acting out and organizing on our college campuses. Notably the University of Oregon’s Turning Point USA has recently applied for Associated Stu

This group is clearly a far-Right front group. Instructor Borrowdale can be found in his office at CEN 410J, telephoned at 541.463.5434 or emailed at BorrowdaleJ@lanecc.edu. He can also be avoided on OK Cupid as Bohemian_Grover, how clever.

#J20 protests, including the Women’s March and anti-Muslim ban demonstrations, have agitated rogue individuals and small groups who have taken it upon themselves to deface local, beloved venues such as the all ages, family friendly DIY infoshop and punk show favorite locale, The Boreal. Old Nick’s Pub, a local working class favorite bar of metal scene prominence, has been repeatedly targeted by neo-nazis.

Both music venues, located in the heart of Eugene, are part of the Whiteaker neighborhood, are outspoken anti-fascist and radical strong holds. Late Friday night between midnight and 4am, both venues were again targeted with spray painted swastikas, the co-opted Celtic cross used as a white pride symbol, “88,” (numerology for “Heil Hitler,” and the hauntingly cryptic message: “We’re watching you.”

The Whiteaker neighborhood, historically known for its radical anarchist and environmental activism during the 1990s culminating in the Green Scare, is still home to working-class radicals and counter-cultural elements. Perhaps because of this, the Whiteaker neighborhood has recently been targeted by individuals and groups not only spray painting, but flyering, stickering, and leafleting a variety of far-Right propaganda.

While the graffiti might easily be attributed to unorganized individuals, it is clear that these efforts are directly made in order to initiate organizing. They are recruiting.

This past September, Jimmy Marr was arrested for disorderly conduct but he continues to drive around in his Nazi mobile along the I-5 corridor. Represented by slimeball lawyer Mike Arnold (who had an ethics complaint filed against him to the lawyer’s bar for giving alcohol to an under aged girl that he represented in a DUI case) and plead “no contest,” anti-fascists are eagerly awaiting the destruction of his Nazi mobile and a quick re-arrest which would violate his court agreement. Jimmy Marr is known to affiliate with all sorts of white nationalists and neo-nazis, including members of the American Front.

It is the slightly more experienced individuals organizing locally that have a more blatant message of militancy coupled with race preservation. These are the well known (and well surveilled) associates of American Front, a white supremacist organization which formed in 1984 in San Francisco, fizzled out, and is currently toddlering a resurrection spearheaded locally by neo-Nazi Jacob A. Laskey. Upon his 2016 release from prison, Jake Laskey, with support from his Eugene-Springfield area friends Devin Wolfe and Cory Colwell.

All of these individuals have been openly flying their white pride nazi flags. With loose ties across the country, Laskey and crew have been celebrating white supremacy by creating their very own t-shirts, hoodies, patches and even stickers! These American Front stickers started to appear in the Whiteaker neighborhood a week ago. They want to recruit too. 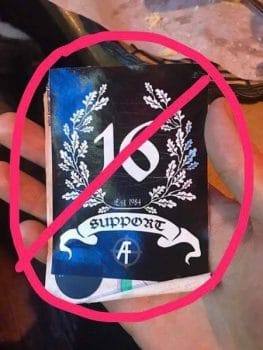 American Front stickers are appearing in Whiteaker neighborhood of Eugene, OR.

People in Eugene, Oregon have a history of coming together and fighting as a community: against logging, against the dominant system, and against development. Now we have to do the same against Neo-Nazis, white nationalists, and those that are seeking to use the Trump presidency as a vehicle to expand their platform of supremacy and genocide.