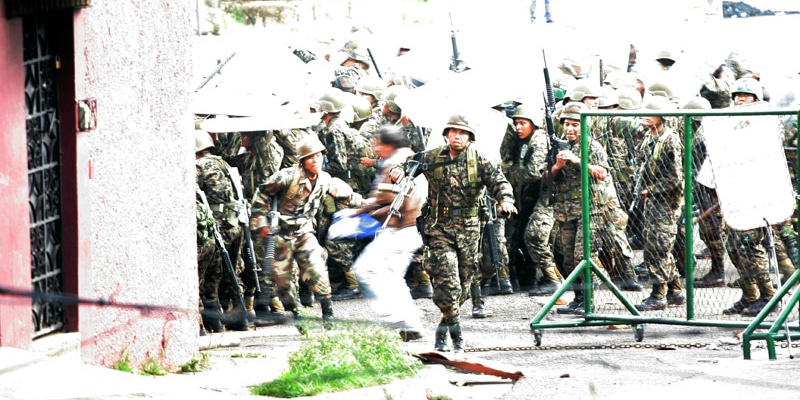 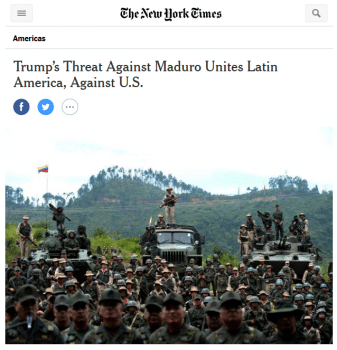 The August 14 New York Times reported that the threat by Donald Trump to use the US military against the government of Venezuelan President Nicolas Maduro has brought together Latin American leaders, divided on other things, in opposition to US intervention.  Along the way, reporter Nicholas Casey cites a regional expert who says, “An often ugly history of US interventions is vividly remembered in Latin America — even as we in the US have forgotten.” Which the Times followed thus:

Under President Barack Obama, however, Washington aimed to get past the conflicts by building wider consensus over regional disputes. In 2009, after the Honduran military removed the leftist president Manuel Zelaya from power in a midnight coup, the United States joined other countries in trying to broker—albeit unsuccessfully—a deal for his return.

There’s a word for that kind of statement, and the word is “lie.”

Zelaya was indeed overthrown in a military coup, kidnapped and flown out of the country via the joint US/Honduran military base at Palmerola. 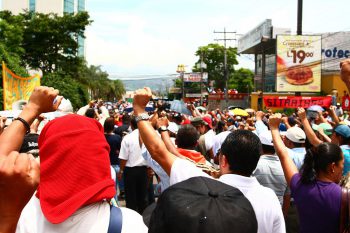 Now, the US is supposed to cut off aid to a country that has a military coup—and “there is no doubt” that Zelaya’s ouster “constituted an illegal and unconstitutional coup,” according to a secret report sent by the US ambassador to Honduras on July 24, 2009, and later exposed by WikiLeaks. But the US continued most aid to Honduras, carefully avoiding the magic words “military coup” that would have necessitated withdrawing support from the coup regime.

Internal emails reveal that the State Department pressured the OAS not to support the country’s constitutional government. In her memoir Hard Choices, Hillary Clinton recalled how as secretary of State she worked behind the scenes to legitimate the new regime. In the days following the coup, her book relates:

I spoke with my counterparts around the hemisphere, including Secretary Espinosa in Mexico. We strategized on a plan to restore order in Honduras, and ensure that free and fair elections could be held quickly and legitimately, which would render the question of Zelaya moot.

Let’s add, for the record, that with a corrupt, drug-linked regime in place—thanks in large part to US intervention—the murder rate in Honduras soared, rising to fully 50 percent above the pre-coup level. Many of the murders involved criminal gangs, but a great deal was political, with resuscitated death squads targeting journalists, opposition figures, labor activists and environmentalists—of whom indigenous leader Berta Cáceres was only the most famous.

So is it really that we in the US have forgotten what happened in Honduras? Or is that many of us believe falsehoods about that history brought to us by media like the New York Times? The paper may run a correction or a letter to the editor; we’re providing contact information below for readers to contact the Times to encourage them to set the record straight.

But really, how can you see such an outright inversion of reality as a slip-up? “Oops, did we say the US opposed the coup? What we meant to say is that the US, virtually alone in the world, supported it.” The real lesson is, when the US government declares a country an enemy, keep in mind that for corporate press, that basically means—anything goes.

ACTION: Please contact the New York Times and ask it to correct the false claim that the United States tried to restore the democratically elected president of Honduras.