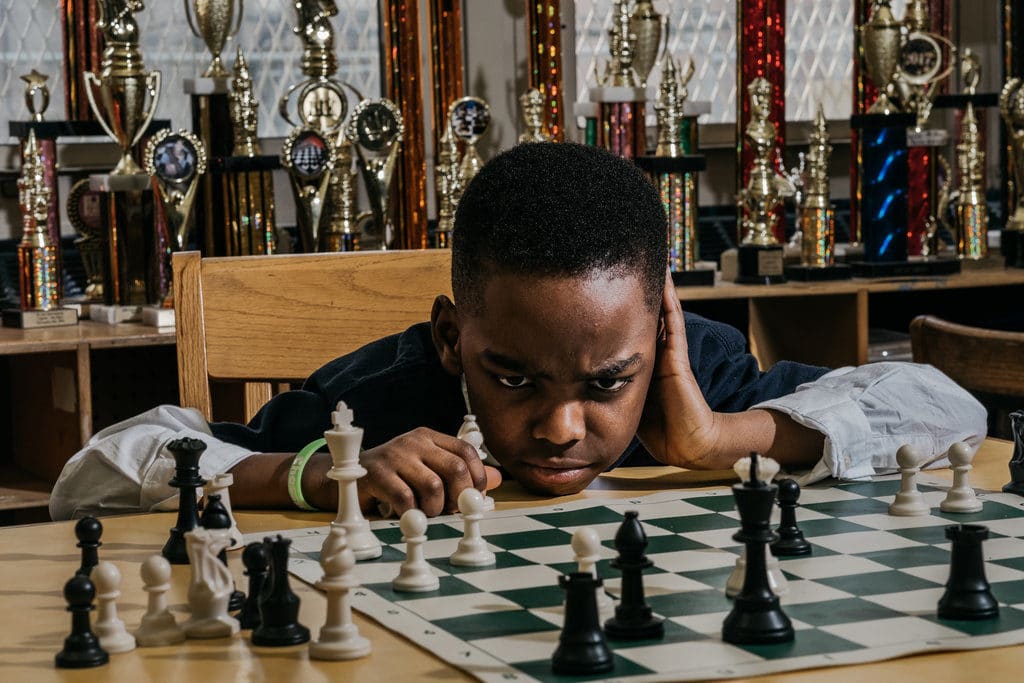 There’s a certain genre of light-hearted human-interest stories that are common across most news platforms. Soft news, such as an autistic Arkansas teen winning a basketball scholarship (NBC, 11/29/18), a Tampa Bay area photographer helping animals get adopted (ABC Action News, 3/20/19) or an injured tortoise receiving a new 3D-printed shell (Huffington Post, 5/23/16) are designed to pique interest and raise viewers’ spirits. 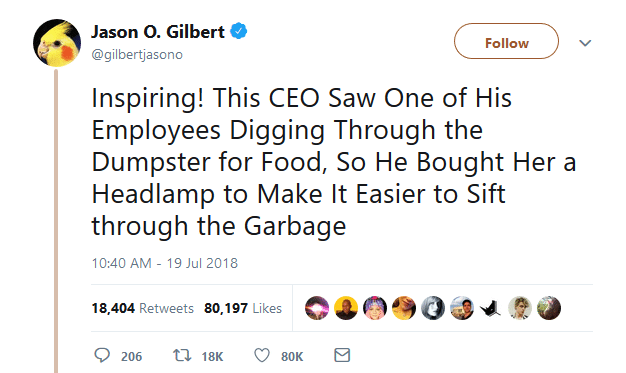 However, in the worsening economic climate, a growing number of these supposedly “uplifting” stories become unintentionally horrifying after a moment’s reflection. A case in point is the New York Times’recent article (3/16/19) about Tanitoluwa Adewumi, a homeless 8-year-old New York chess champion—a story, the headline assures, will “make you smile.” The Times details Adewumi’s refugee background, his personal drive and his aggressive playing style, but neither it nor the many other outlets (USA Today, 3/19/19; NBC New York, 3/19/19; London Independent, 3/17/19) that also picked up the story pondered how it was possible for a child in one of the richest cities in the world to be homeless, and what that said about an economic and political system that allows this in the first place.

The homeless 8-year-old chess champion is a prime example of a fast-growing sub-genre of unintentionally horrifying stories that are meant to uplift the reader, but instead highlight the hellish nightmare much of the country lives in. The New York Post (3/7/19) ran an article on a teenager who saved up for two years to buy his friend an electric wheelchair.

MSNBC (1/17/19) covered the story of a furloughed government worker so desperate for cash she sold her wedding ring. When her family found out, they bought the ring back for her. Host Stephanie Ruhle breathlessly told her viewers, “That is such a great story” and “that is who we are as a nation.” Others may have believed the latter, but not the former.

People (10/18/18) picked up a story about the wife of an 85-year-old McDonald’s cleaner with two disabled grandsons who died in the restaurant’s toilets, and how the local community rallied around to pay for her funeral. The story was covered by the Washington Post (10/9/18), many local newsoutlets, and also the website Sunny Skyz (10/23/18), whose tagline is “Live. Laugh. Love.” 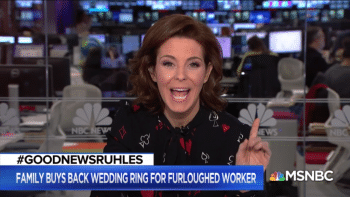 Good news! Government workers were so impoverished by the government shutdown that they were forced to sell their most treasured possessions (MSNBC, 1/17/19).

The questions of why a government worker is so desperate that she has to pawn her wedding ring, or why we live in a system where disabled children don’t have adequate wheelchairs and are at the mercy of the charity of their teenage friends, are not asked. The media simply invite readers to delight in these tales of generosity.

And perhaps the story of an 85-year-old man forced to continue cleaning the toilets where his wife died so that he and his disabled grandchildren are not out on the streets is a vision of a post-industrial hell world, rather than an uplifting human interest piece suitable for InspireStory.com (11/20/18).

Likewise, an “uplifting” story of a Chicago woman who paid for hotel rooms for dozens of homeless people during the recent polar vortex was widely covered across the media (CBS, 2/1/19; Huffington Post, 1/31/19; Miami Herald, 2/1/19). Reading the reporting, the distinct impression given is that those people would have died of exposure if not for the Good Samaritan’s actions. Indeed, the final sentence of the London Independent’s (2/1/19) report casually notes that at least nine people had already died in Chicago alone. But this is not presented as a problem, or even worthy of note, in most of the coverage. 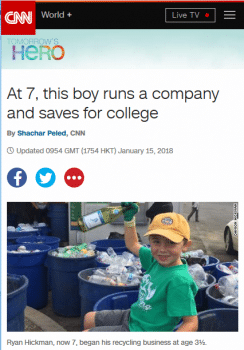 Some parts of these stories—the protagonists’ determination or generosity, for instance—are certainly admirable. But the accounts as a whole can only be seen as uplifting if we unquestioningly accept the brutal logic of neoliberalism, where a person’s worth, standard of living and even their continued existence are determined completely by their wealth and what they can earn on the market. Neoliberal ideology that promotes individualism and “free enterprise” does not see the rights to housing, healthcare or an adequate standard of living (enshrined in the Universal Declaration of Human Rights) as inalienable, but rather as commodities to be bought, sold and bargained for on the market.

Perhaps the two most common subjects for these unintentionally horrifying “uplifting” stories are paying for education and healthcare, the cost of which is off the scale in America compared to the rest of the industrialized world. CNN (1/15/18) shared the story of the “inspiring” Ryan Hickman, who, at just three years old, began recycling trash to help pay for college. After three and a half years, CNN noted, Hickman had saved $11,000 (a sum that covers less than one-fifth of a year’s basic undergraduate tuition at his local University of Southern California).

CNBC (8/5/16) also found a North Carolina kid with a “can-do attitude” who did the same (making barely $3 a week doing so). Neither network asked why children have to literally wade through garbage to hope for a decent education in the richest country in world history.

Medical costs are a problem crippling many Americans. Hospital bills are the leading cause of bankruptcy in America, while one-third of all GoFundMe donations are for medical expenses. CBS(9/17/18) shared a supposedly “touching” story about a man who sold his beloved Ford Mustang to pay for his wife’s cancer treatment and how, 12 years later, his children bought it back for him. The twist? The owner sold it back to fund her own mother’s cancer treatment, according to the San Antonio Express News (9/13/18). 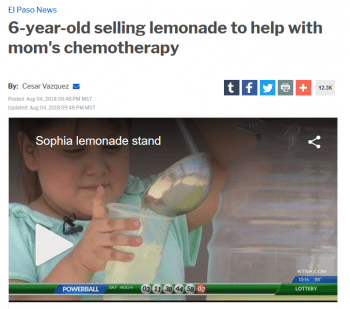 The United States is the only wealthy country where small children have to work to help pay for life-saving medicine for their parents—or where such labor is referred to as a “sweet story” (KTSM, 8/4/18).

Any of these stories could have been used as a gateway to discuss many of the crippling economic and social problems the US is facing. But under neoliberalism, every problem is understood through an individualist lens, and not a result of systemic forces that dominate society. To be clear, there are elements of triumph over adversity or impressive and admirable feats in these stories, but they occur in a neoliberal framework that forces them into these actions, and that framework is never questioned. The fact that the media, unable to look past their own ideological biases, do not explore these most basic issues, instead presenting these stories as human interest pieces, goes to show how engulfed in ideology they really are.

Alan MacLeod @AlanRMacLeod is a member of the Glasgow University Media Group. His latest book, Bad News From Venezuela: 20 Years of Fake News and Misreporting, was published by Routledge in April.