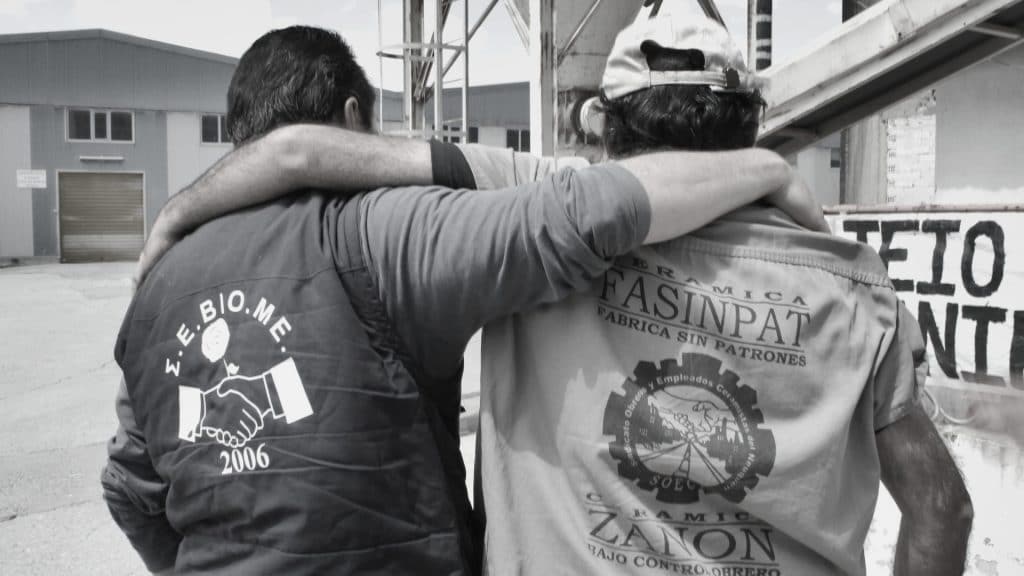 This is an excerpt from “Understanding Marxism” (Lulu, 2019) by Richard D. Wolff. 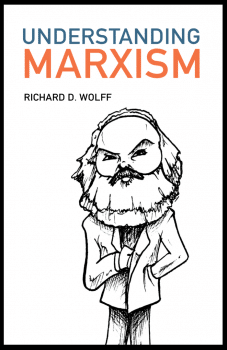 Marx himself said and wrote little about the future beyond capitalism. He didn’t believe in future-gazing; no one could know how the world would evolve. Marx gave us some ideas of what might have to happen if we were going to get beyond capitalism. But he offered no blueprints or road maps. Later Marxists did not always share these hesitations, especially after Marxists came to play leading roles in what they called “socialist” societies.

Marx never suggested, contrary to what so many have said, that the state — the government — had to play some sort of ongoing, central role in what this future post-capitalist world would look like. Some later Marxists interpreted him to have suggested that, but it’s hard to find within Marx’s writings any idea like that. He never wrote a book about the state, because it wasn’t the center or focus of his analyses.

To achieve a society that exhibits liberty, equality, fraternity and democracy, the object to change first and foremost is production.

There has to be a fundamental change in how production gets done: at the office, factory, store, or home, wherever work gets done. For Marx, the goal of such change is to end the dichotomy between a few surplus-appropriators at the top of the workplace, those who make the key production-related decisions, and everybody else engaged at that workplace. No more mass of people producing or enabling a surplus that flows into the hands of a small surplus-appropriating minority.

The goal is a different economic system, one in which the workplace becomes fundamentally egalitarian and democratic. The producers of the surplus become identically the appropriators and distributors of that surplus; exploitation thus ends. The decisions at the workplace — what, how, and where to produce and how to distribute the surplus — must be made democratically by productive and unproductive workers together on the basis of one-person, one-vote.

In this view, democratizing the workplace is how we conceptualize “doing better” than capitalism.

If you believe in democracy, if you believe that freedom for adults requires a democratic social environment, then that democracy must include your workplaces. That is where most adults spend most of their time, or at least major parts of it. Thus the solution for capitalism’s problems requires transforming the capitalist workplace. What must go is the top-down, dichotomized hierarchy of employer at the top, mass of employees at the bottom. Instead, workplaces become democratic institutions where everyone has an equal say on what happens there.

What must happen to the economy is like what many democrats have long advocated for politics. After all, ridding ourselves of kings, czars and emperors proceeded on the grounds that subjection to a tiny group of people making all basic political decisions for all of us was unacceptable. The same logic can apply to economics; indeed that is one way to grasp Marx’s argument.

To go a step further, Marx effectively argues that a genuine political democracy requires an economic democracy as its ground and partner.

If we permit any economic system to enrich only a few, those rich will use their wealth to corrupt the political system so it secures their wealth. The histories of feudalism, slavery and capitalism attest to this truth repeatedly. Today’s gaudy spectacle of billionaires competing to buy votes is being lived by every reader of these lines.

One implication of Marx’s gesturing towards a different, democratic way of organizing workplaces is that it will never suffice to go beyond capitalism if we merely replace private entrepreneurs or private employers with state officials. Nationalization or socialization of the means of production will not get us beyond capitalism in so far as it retains the employer versus employee dichotomy.

Of course, definitions can and do vary. The point of studying Marx is to be clear that in his analysis, replacing private capitalist exploiters with state officials in the parallel relationship with productive and unproductive workers is not the going beyond capitalism he had in mind in his critique of capitalism.

Capitalism is superseded when the workplace relationship designated by the term exploitation ends. That happens when productive laborers no longer deliver the surpluses they produce into the hands of others who appropriate and distribute them and make all the key decisions about those distributions.

Is the realization of Marx’s solution merely a utopian dream? I don’t think so. Indeed, I think many human beings have understood and supported Marx’s way of thinking. That is why ideas of cooperative, communal, and other sorts of more democratic workplace organizations have been discussed and tried repeatedly across human history everywhere.

Early American history had worker cooperatives: workers in farms, stores, small craft enterprises, getting together in democratic, egalitarian ways. Today, Spain has a famous example in the Mondragon Cooperative Corporation. Emilia Romagna in Italy is a place where roughly 40 percent of businesses are run as a worker coops, etc.

Marx’s is a more formal and fuller statement of one version of these ideas. He worked it out a bit further into a modern formulation. Marx teaches it in a systematic, theoretically sophisticated way. Yet in doing so, he recoups for us the history of many efforts over many years in virtually all cultures to move in that direction to achieve a just society.

Marx was a social critic for whom capitalism was not the end of human history. It was just the latest phase and badly needed the transition to something better.

Marx’s work can remind us that capitalism’s proponents and celebrants often make the same mistake as the proponents and celebrants of slavery and feudalism before them. They imagine wishfully that their system is the end of history, that their preferred system is as good as it can ever be, that humankind cannot do better. Every single one of those people has been proven wrong. Why then believe people who tell us today that we can’t do better than capitalism?

Marx, like many other historians, had noticed that economic systems such as feudalism, slavery, and all others had histories; they were born, evolved over time, died and gave way to another system. By the 1850s, capitalism had shown Marx enough for him to seek its replacement by something better. His analysis was the fruit of that seeking.

Americans, especially now, are confronted with serious questions and evidence that our capitalist system is in trouble. It clearly serves the 1 percent far, far better than what it is doing to the vast mass of the people.

For a while, mass bitterness, decline and anger may be deflected away from the critique of a dysfunctional economic system. For a while, this anger can be used to scapegoat immigrants, trade partners, minorities and others among a sadly familiar set of candidates. But scapegoating has not solved problems. It does not do so today. Sooner or later, those serious about the problems and finding solutions will, as they always have, find their way to Marx and the Marxist tradition as a rich resource.
Monthly Review does not necessarily adhere to all of the views conveyed in articles republished at MR Online. Our goal is to share a variety of left perspectives that we think our readers will find interesting or useful. —Eds.

Richard D. Wolff is Professor of Economics Emeritus at UMass Amherst and a visiting Professor in the Graduate Program in International Affairs of the New School University in New York. Richard Wolff is also a co-founder and active contributor of his non-profit: Democracy at Work.