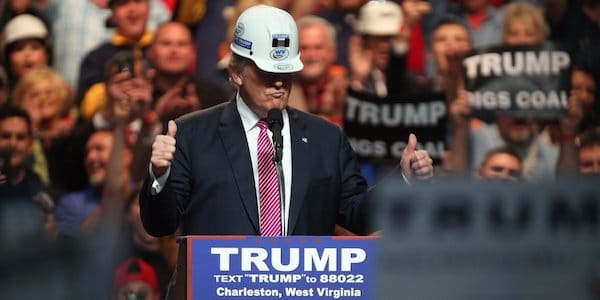 Infrastructure investment: it’s that economic policy sweet spot that everyone loves to love.

Fixing bridges, building roads, modernizing airports, improving mass transportation, keeping lead out of our water: nearly everyone can relate to the need for it and can imagine how much better their lives would be with more of it. For years, most people have faced crazy-making delays in traffic, long lines at airports, and have seen pictures of bridges collapsing. And the experts agree. Economists and engineers have warned us about the problem for decades. The most recent report by the American Society of Civil Engineers gave the U.S. a D+ on its infrastructure building and maintenance, which means that, overall, our infrastructure is in critical condition. These civil engineers estimate that over the next 10 years, the U.S. will have about a $1.2 trillion in infrastructure financing shortfall unless something dramatic is done. Studies have confirmed that, properly done, infrastructure investment can generate millions of jobs, create big time saving efficiencies, and keep people safer. These infrastructure shortfalls, fed by years of Republican austerity initiatives at the Federal and State levels, too often aided and abetted by Democratic bankers and other Democratic “deficit hawks,” are much in the everyday texture of American life.

On the campaign trail, then-candidate Trump jumped on the bandwagon, decrying America’s “Third World” infrastructure and touting his ability to fix it in short order—as “demonstrated” by his “building prowess “in New York City and “around the world.” Trump promised to quickly fix the country’s decaying infrastructure and generate millions of good paying job with a $1 trillion program that will “Make America Great Again.”

That Trump had hit a political “sweet spot” was made clear early on by the number of prominent Democrats and labor leaders who announced not only an interest but real enthusiasm for cooperating with Trump on making a $ 1 trillion building-spree a reality. How could they resist? A true, well designed, well-implemented $1 Trillion government investment in infrastructure is a plan many Democrats, progressive economists and labor leaders had been promoting for years. As Richard Trumpka, President of the AFL-CIO explained: “During my January meeting with President Trump, we identified a few important areas where compromise seemed possible. On manufacturing, infrastructure and especially trade, we were generally in agreement. Mr. Trump spoke of $1 trillion to rebuild our schools, roads and bridges. He challenged companies to keep jobs in the United States. He promoted ‘Buy America.’ He promised to renegotiate the North American Free Trade Agreement.”

Of course, many Democrats and some economists understood that that Trump’s infrastructure “sketch” (he has never come out with a true plan) was quite different from a genuine government-financed $1 trillion plan. From the beginning, Trump’s team had made it clear that this was going to be a private-public partnership in which the government would put in significantly less than a trillion dollars—perhaps  $200 or $400 billion of corporate tax subsidies over 10 years—as a way to help facilitate a privatization of public assets. Think: turning public roads into privately owned toll roads and public tunnels into privately owned toll tunnels. This type of privatization, critics argued, would end up as a typical crony capitalist gold mine, giving away public assets to well-connected and politically pliant capitalists and maybe, just maybe, getting some improved but very expensive infrastructure and a few jobs in the process. But some Democrats and labor leaders were, perhaps understandably, desperate to engage in wishful thinking and tentative support—given the  apparent political pressure from their constituencies.

Still, some observers warned that the dangers of this infrastructure sweet spot were even greater than might at first appear. In an article in Challenge Magazine, “Trumponomics: Should We Just Say No?” I argued that not only is the so-called “infrastructure” program mostly a thinly disguised privatization scam; it was also a sinister gambit to broaden the political support and therefore the power of Trump and  Trumpism, a proto-fascist regime and movement, whose goal is to undermine democracy, enrich those wealthy capitalists willing to play along, and divide and conquer the domestic population by sowing racial, gender, religious and national hatred and intolerance.

On August 15, this “infrastructure of fascism” came into clear focus in a bizarre and tragic way. Donald Trump marched into a conference room in Trump Tower on 5th Avenue in Manhattan to hold a hastily arranged press briefing on the first formal unveiling of his “Infrastructure” plan. He had key members of his economic team in tow – most notably, Treasury Secretary Steve Mnuchin, Gary Cohn, head of Trump’s National Economic Council—both former Goldman Sachs bankers—and Transportation Secretary Elaine Chao, former Bank of America and Citicorp banker. This announcement of Trump’s “infrastructure plan,” which took only a few minutes, presented even less of a true infrastructure plan than he had floated during the election campaign. This was simply yet another de-regulation plan dressed up as a plan for infrastructure investment. Effectively, this “executive order” served-up a wish list that would have been compiled by any real estate mogul who doesn’t want any government agency or public group to come between him, his building, and his bottom line. In the name of building more useful infrastructure and generating more jobs, Trump’s executive order is designed to let developers skirt environmental regulations, and most likely, labor, health, and safety regulations as well. The Executive Order will make it a lot easier to build more Trump towers in flood plains, but do little or nothing for the country’s true infrastructure needs.

But this roll-out of a fake infrastructure plan was not the most interesting or surprising thing about this event. It was the press conference Trump held afterwards. Using his Jewish and Asian-American economic team as a  photo-op backdrop and the creation of infrastructure and jobs as his bait, Trump took the occasion to assure his neo-fascist, white supremacist and nationalist base that, yes, he was still their man. The reporters at hand, having little interest in infrastructure, wanted to hear a clear statement from Trump decrying the violent and deadly acts committed over the weekend by Nazis and white supremacists in Charlottesville, Va. But instead Trump used his infrastructure plan and his promise of “millions of jobs” to rally his base supporters, all the while demonizing the counter-protestors (calling them violent members of “the alt-left” who were “at least” as responsible for the violence and mayhem as those on the right).

This event, then, tied, in a sinister but clear way, Trump’s infrastructure plan with the racist, anti-Semitic, and neo-fascist members of Trump’s base movement and linked them, in turn, to the bankers and policy makers like Gary Cohn and Steve Mnuchin who have so much to gain from the tax subsidies and privatization that are the essence of these plans. Gary Cohn was reportedly “furious” about what Trump said and did. But according to reporters, Cohn, like so many Republicans in Congress, will most likely remain quiet, and soldier on, presumably in the hope of getting a big payoff down the road. (Cohn reportedly wants to succeed Janet Yellen as Chair of the Federal Reserve; and his friends have millions to gain from the privatization schemes.)

Trump’s response to the Charlottesville violence led numerous members of his two business councils to resign. In resigning from Trump’s “Manufacturing Council,” AFL-CIO President Rich Trumpka explained in the New York Times:” Unfortunately, with each passing day, it has become clear that President Trump has no intention of following through on his commitments to working people. More worrisome, his actions and rhetoric threaten to leave America worse off and more divided. It is for these reasons that I resigned yesterday from the president’s manufacturing council, which the president disbanded today after a string of resignations. To be clear, the council never lived up to its potential for delivering policies that lift up working families.”

Let this be a warning to economists, labor leaders, Democratic officials and all progressives fighting  for economic and social justice: “progressive-appearing” economic proposals from Trump  are likely to be thinly veiled attempts to suck in unsuspecting allies in support of a neo-fascist, authoritarian movement that is increasingly showing its true colors. They are designed, quite clearly, to build support for Trump and his business allies. Don’t be fooled, don’t be bought off, and be vigilant.

Trade policy and re-negotiating NAFTA are up next. As Robert Kuttner, Editor of The American Prospect told us after his astonishing telephone call from Steve Bannon, Bannon is looking for a “right-left” alliance on trade. We can be sure that, like Trump’s “infrastructure plan,” this trade alliance will all be in the service of Trump and Trumpism.