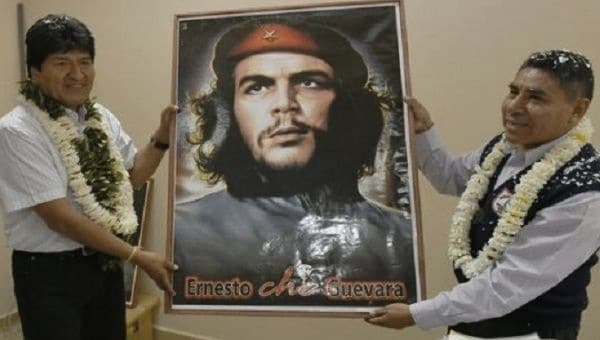 Bolivia has begun its commemoration of Ernesto “Che” Guevara 50 years after his murder, highlighting his revolutionary accomplishments with a host of activities ahead of the anniversary on Oct. 9.

“It’s not a time to cry for Che,” Bolivian President Evo Morales wrote on his Twitter account. “It’s a time for strength, to deepen the anti-imperialist struggle, Che is part of that, in the face of military dictatorships a group of brave armed people rose to enforce sovereignty.”

Che helped create the Ñancahuazu Guerrilla, also known as the National Liberation Army in Bolivia and led them to their first victory in the town of Camiri. The guerilla movement successfully ambushed the Bolivian Army but was eventually routed by U.S. backed forces.

In honor of the revolutionary’s legacy, Morales said celebrations will be held from Oct. 5 to 9 in Vallegrande, where Che’s body was buried after his capture and murder by the Bolivian state in 1967.

On Wednesday, the country came alive preparing for the numerous forums, debates and artistic and musical exhibitions which would pay tribute to the Argentine internationalist.

A meeting organized by the Ministry of Culture drew an international audience, opening with songs, speeches, and revolutionary poems.

Minister Wilma Alanoca invited all Bolivians and social, cultural and social organizations to participate in the numerous activities held in the city in remembrance of the Cuban Revolution leader.

She added that even after 50 years, Che’s courageous spirit lives on in the heart of the people and urged Bolivians to adopt his values and follow his example, describing Che as a man of unwavering loyalty, with the capacity to love others more than himself.

The Bolivian Chamber of Deputies approved the creation of a medal in his honor as an anti-imperialist measure proposed by the country’s Vice President Alvaro Garcia Linera.

A statement from the Chamber of Deputies stated that the medal will represent the “struggle against imperialism, the promotion of social equality and socialism.”

In September the Bolivian government launched a website which gathers Che writings and history among other things.