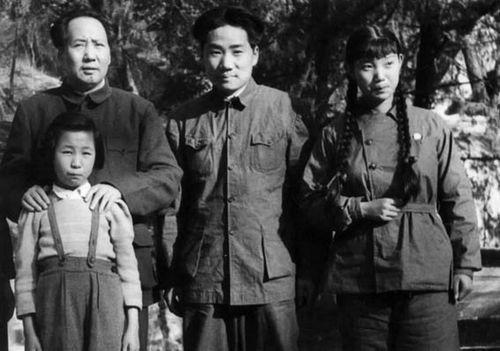 While this excerpt from CHINA 2020: Everything You Know is Wrong by Godfree Roberts may seem like a ridiculous oversimplification, it is a useful offset to the ridiculously oversimplified—and, what’s more, falsified—critiques of Mao that are now dominant. —Eds.

The simple facts of Mao’s career seem incredible: in a vast land of 400 million people, at age 28, with a dozen others, to found a party and in the next fifty years to win power, organize, and remold the people and reshape the land–history records no greater achievement. Alexander, Caesar, Charlemagne, all the kings of Europe, Napoleon, Bismarck, Lenin–no predecessor can equal Mao Tse-tung’s scope of accomplishment, for no other country was ever so ancient and so big as China. Indeed Mao’s achievement is almost beyond our comprehension. – John King Fairbank, The United States and China.

Colleagues, rivals, academics and propagandists East and West have written much nonsense about Mao Zedong yet, when we correct for bias and discard patent falsehoods it becomes clear that, apart from the bloodshed that accompanies wars and revolutions, it’s doubtful that Mao killed anyone and indubitable that he gave life to billions. Indeed, no-one has done so much good for so many–and so little harm; no-one comes close.

The obloquy is easy to understand. Foreign powers vilified him for his independence and communism and charged that he had embarked on a chaotic and fruitless quest for a socialist spiritual utopia. Colleagues like Deng Xiaoping (whom Cambridge double blue Lee Kwan Yew called ‘the most brilliant man I ever met’) and Chou En Lai (who wrung from Henry Kissinger the admission that ‘the Chinese are smarter than us’) stood head and shoulders above any Western contemporary and the humblest of them–and father of the current president–was a general at age nineteen and governor at twenty-two.

They buried him with faint praise because in life, Mao stood effortlessly, head and shoulders above them all, chastening or dismissing them at will while exhausting them with societal upheavals that required a level of heroic exertion that would have killed or maddened lesser men. That was the thirty percent in their verdict, “Seventy percent right and thirty percent wrong” but the Chinese people never accepted that verdict for reasons that will become obvious.

Mao first came to public attention in 1919 when, aged twenty-six, he published The Death of Miss Chao, a searing account of a girl in his village who committed suicide rather than marry a man she despised:

The circumstances in which Miss Chao found herself were the following: (1) Chinese society; (2) the Chao family of Nanyang Street in Changsha; (3) the Wu family of Kantzuyuan Street in Changsha, the family of the husband she did not want. These three factors constituted three iron nets, a kind of triangular cage. Once caught in these three nets, it was in vain that she sought life in every way possible. There was no way for her to go on living … It happened because of the shameful system of arranged marriages, because of the darkness of the social system, the negation of the individual will and the absence of the freedom to choose one’s own mate.

In 1927, after escaping execution at the hands of Nationalist forces, he remained a tireless campaigner for women’s rights, “A man in China is usually subjected to the domination of three systems of authority: political, family and religious. Women, in addition to being dominated by these three systems of authority, are also dominated by the authority of their husbands. These four authorities–political, family, religious and masculine–are the embodiment of the whole feudal-patriarchal ideology and system”.

In 1945 he made colleagues promise that, in victory, they would ‘ensure freedom of marriage and equality between men and women’ and, in 1950, his first official act as head of State was to sign the Marriage Law of the People’s Republic of China, which promised to protect women and children, guarantee gender equality in monogamous marriages, women’s choice of marriage partners, equal pay for equal work, maternity leave and free childcare. (Encountering resistance later, in 1955, he insisted, “Men and women must receive equal pay for equal work. Genuine equality between the sexes can only be realized in the process of the socialist transformation of society as a whole”).

When Mao stepped onto the world stage in 1945, Russia had taken Mongolia and a piece of Xinjiang, Japan occupied three northern provinces, Britain had taken Hong Kong, Portugal Macau, France pieces of Shanghai, Germany Tsingtao, the U.S. shared their immunities and the nation was convulsed by civil war. China was agrarian, backward, feudalistic, ignorant and violent. Of its four hundred million people, fifty million were drug addicts, eighty percent could neither read nor write and their life expectancy was thirty-five years. The Japanese had killed twenty million and General Chiang Kai-Shek complained that, of every thousand youths he recruited, barely a hundred survived the march to their training base. Women’s feet were bound, peasants paid seventy percent of their produce in rent, desperate mothers sold their children in exchange for food and poor people sold themselves, preferring slavery to starvation. U.S. Ambassador John Leighton Stuart reported that, during his second year there, ten million people starved to death in three provinces.

When he stepped down in 1974 the invaders, bandits and warlords were gone, the population had doubled, literacy was 84 percent, wealth disparity had disappeared, electricity reached poor areas, infrastructure was restored, the economy had grown 500 percent, drug addiction was a memory, women were liberated, girls were educated, crime was rare, everyone had food and shelter, life expectancy was sixty-seven and, by several key social and demographic indicators, China compared favorably with middle income countries whose per capita GDP was five times greater. 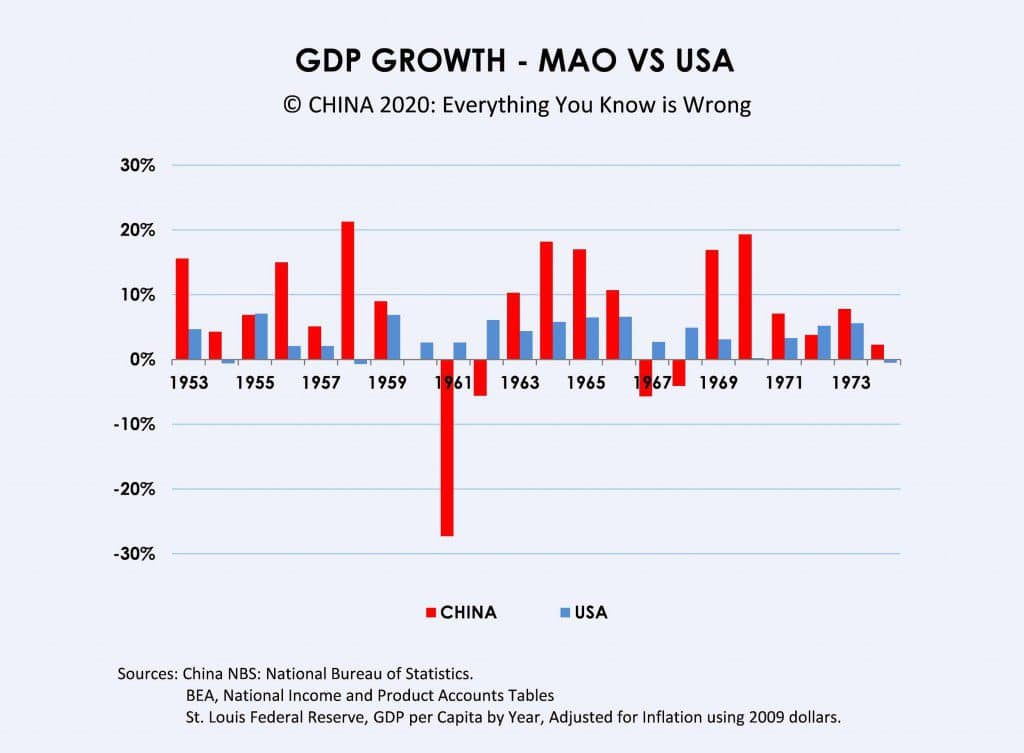 Despite a brutal U.S. blockade on food, finance and technology, and without incurring debt,Mao grew China’s economy by an average of 7.3 percent annually, compared to America’s postwar boom years’ 3.7 percent. When he died, China was manufacturing jet planes, heavy tractors, ocean-going ships, nuclear weapons and long-range ballistic missiles. As economist Y. Y. Kueh observed: “This sharp rise in industry’s share of China’s national income is a rare historical phenomenon. For example, during the first four or five decades of their drive to modern industrialization, the industrial share rose by only 11 percent in Britain (1801-41) and 22 percent in Japan”. His documented accomplishments are, as Professor Fairbanks says, almost unbelievable. He: 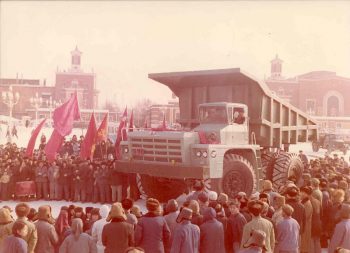 But, from Mao’s point of view, that was a sideshow. By the time he retired, he had reunited, reimagined, reformed and revitalized the largest, oldest civilization on earth, modernized it after a century of failed modernizations and ended thousands of years of famines. A military genius (Field Marshal Bernard Montgomery compared his greatest battles favorably to Alexander’s and Napoleon’s); strategist and political innovator; master geopolitician; and peasant and Confucian gentleman.

Mao was a also fine poet, even in translation. In 1946, British poet Robert Payne praised his Snow and Mao replied, “I wrote it in the airplane. It was the first time I had ever been in an airplane. I was astonished by the beauty of my country from the air–and there were other things.” “What other things?” Payne asked. “So many. You must remember when the poem was written. It was when there was so much hope in the air, when we trusted the Generalissimo [Chiang Kai Shek]. My poems are stupid–you mustn’t take them seriously.”

North country scene: a hundred leagues locked in ice,
a thousand leagues of whirling snow.
Both sides of the Great Wall one single white immensity.
The Yellow River’s swift current is stilled from end to end.
The mountains dance like silver snakes and the highlands charge like wax-hued elephants,
Vying with heaven in stature.
On a fine day, the land, clad in white, adorned in red, grows more enchanting.
This land so rich in beauty has made countless heroes bow in homage.
But alas! Chin Shih-huang and Han Wu-ti lacked literary grace,
And Tang Tai-tsung and Sung Tai-tsu had little poetry in their souls;
And Genghis Khan, proud Son of Heaven for a day,
knew only shooting eagles, bow outstretched.
All are past and gone!
For truly great men? Look to this age alone.

He retains the affection of the common people to this day, and ten million of them visit his birthplace each year, dwarfing, by orders of magnitude, the memory of all of history’s heroes combined. Yet we tend to associate his name with famine and chaos which, in our minds, obscure his achievements but, upon inspection, we will see that they are no more valid than the charges of economic mismanagement. They are simply implanted memories.

Excerpted from CHINA 2020: Everything You Know is Wrong. Forthcoming, 2018. [Editors note: we have made some additional small changes from the original.]