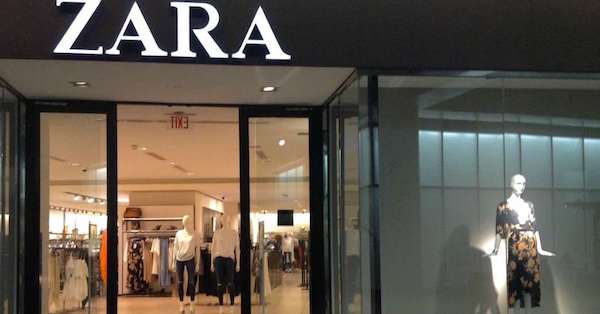 Factory workers in Turkey resorted to creative and desperate measures in recent days to draw attention to their fight for the wages they have earned working for Zara, the Spanish clothing retailer with stores around the world.

Shoppers in Zara stores all over Turkey have found notes inside clothing, reading in Turkish, “I made this item you are going to buy, but I didn’t get paid for it,” and urging customers to support the cause of former employees of Zara’s manufacturing partner, Bravo Texstil. 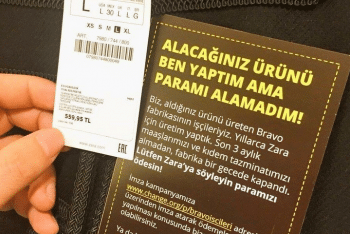 Shoppers at Zara have been finding notes from factory workers, asking for support as they fight to receive their lost wages.

The notes included a link to a petition started several weeks ago by textile workers at Bravo Texstil, after their union’s negotiations with Zara and two other brands came to a halt. The workers have been fighting for over a year to be paid the wages they earned before their factory shut down, apparently after running into financial trouble.

As the petition explains, in July 2016, “our boss refused to pay a huge portion of the wages we had earned making each brands’ clothing. Creditors came to our factory and seized all machines and valuables. Meanwhile, our boss disappeared, taking our wages with him. We have yet to receive our wages or any form of severance payment.”

The petition was started after the union’s lengthy negotiations finally ended with the brands offering just a fraction of what the workers were owed.

“After an entire year the brands declared that they will only pay just over a quarter of our claim,” the petition reads. “In other words, the brands accepted their liability, but they thought we deserve no more than their scraps.”

As of Monday morning, more than 20,000 supporters had signed the workers’ petition, and the company appeared to have taken notice: on Friday Zara’s parent company said it was establishing a “hardship fund” for the employees that had been affected to cover their unpaid wages, severance payments, and other money they are owed.