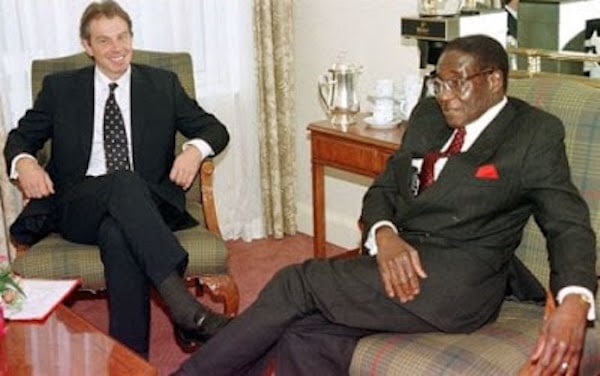 So, farewell then, Robert Mugabe, ruler of Zimbabwe for 37 years. As the western media celebrate your demise, and Zimbabwe’s people wonder what will happen next, it is worth making a note of some forgotten events that helped pave the way for your country’s crisis. As one might expect, this involves the Brits. Perhaps less anticipated, it also involves the Labour Government from 1997.

One key question for an African country like Zimbabwe fighting off racist colonialism was that whites had held all the best land. This made land reform critical for some version of economic justice and liberation for the mass of people. But the Lancaster House agreement, managed by the British in 1979 to oversee the transition from white minority rule, pressured Mugabe into delaying any serious land reform for another 10 years. The British and American governments, worried about Soviet influence in the region, offered to compensate white citizens for any land they sold and a fund was established, to operate from 1980 to 1990.

Lack of money to assist agricultural investment, with funds only available to compensate the white landowners, meant that Zimbabwe’s land reform was doomed to fail. Thatcher’s government from 1979 allocated those funds for compensation and many landless people were resettled, but in 1997 Tony Blair’s ever-so-progressive New Labour stopped even that. Clare Short, Blair’s Secretary of State for International Development, told Mugabe’s government in November 1997 that while Labour might be willing to assist in some ‘poverty eradication’ it would not continue to help with land reform. Blair repudiated all commitments to help on this, so Mugabe responded by forcibly confiscating white farms without compensation. While this got popular support, it exacerbated Zimbabwe’s economic problems. These were worsened from 2001 by economic sanctions the ‘British Commonwealth’ and other imperialists imposed on the country.

This is not to excuse Mugabe’s politics. It is just to illustrate a more general rule that imperialism, even in its ‘Labour’ forms, cannot be trusted.