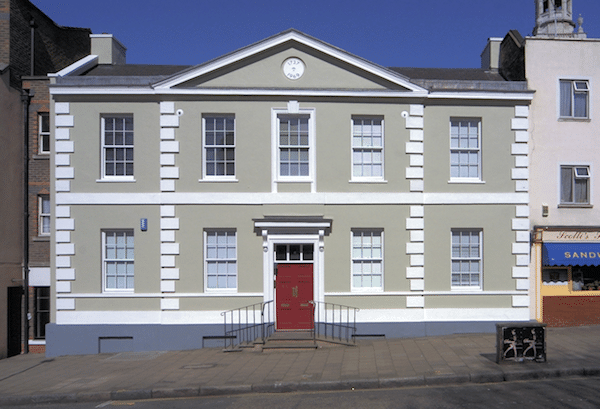 Marx’s critique of capitalism wasn’t limited to economics. It included the way capitalism affects the way people think and behave as individuals.

Capitalist commodity production, he argued, turns everything “into alienable, vendible objects in thrall to egoistic need and huckstering. Selling is the practice of alienation.”

Commodity production and consumption magnifies the significance of an alien entity, namely money.

Alienation arises from the transformation of use values into commodities. Even people are treated as “things” (employees, consumers) and society is fragmented into isolated individuals.

Expressing this approvingly, Margaret Thatcher once famously said that “there is no such thing as society.”

In his theses on the German philosopher Ludwig Feuerbach, Marx declared that we are all “products of circumstances and upbringing” and that “life experiences change perceptions and beliefs.”

At the same time he emphasises that “it is people who change circumstances.” Humans are able to think and to act. This enables us to unite both theory and practice, interacting in a continuous modification of human nature: “By thus acting on the external world and changing it, [a person] at the same time changes his own nature.”

Marx introduced the concept of what he called the “fetishism of commodities.” Anthropologists and missionaries (in the service of capital as well as God) were at the time busily discovering and converting many ancient cultures to Christianity, in the process finding unusual ritual object-practices, which may explain why Marx used the word “fetish.”

Only later did Sigmund Freud and his followers borrow the term to describe how objects can become a fixation when they act as sexual triggers. Commodity fetishism isn’t a sexual deviancy but a way of relating to the world through things.

And it’s central to the functioning of capitalism. As the punk-rock group Clash sang: “I went to the market to realise my soul. What I need, I just don’t have.”

We have probably all wondered what on Earth the point can be to a multibillionaire adding another few billion to their pile—one form of insanity that makes no sense to any unalienated human being.

Native North Americans simply could not grasp the notion that a gift from Europeans for allowing them to live nearby had meant that they had acquired the land by purchase. “How can anyone possess land?” they complained. Indeed!

A commodity is not just something bought and sold. Commodities capture human labour within themselves. “A commodity appears, at first sight, a very trivial thing, easily understood,” Marx wrote in Capital, continuing: “Its analysis shows that it is, in reality, a very queer thing, abounding in metaphysical subtleties and theological niceties.”

Its significance goes well beyond its use-value and is mediated by advertising, fashion and a host of subjective factors.

In The German Ideology, Marx and Engels declare: “The vocation, designation, task of every person is to achieve all-round development of all their abilities.”

While people may not feel alienated, many grasp that we are less than we could be. The sheer tasks of survival and the routine of workaday life are familiar to most of us.

So, in their social lives and hobbies, if not in work, people try to combat the lack of control that prevents them from fulfilling themselves. In truly free labour, we’d value what we do, not by what it enables us to buy, but by gaining pleasure from our own achievements and for the benefits it brings to others.

Yet even in modern society most of us contribute to the common good in one way or another. And the gleam of socialism, exemplified by independent self-activity is ever present—because, strangely, money does not buy you happiness (or love)!

In The Holy Family, Marx and Engels say that capitalists and proletarians are equally alienated, although they experience their alienation in markedly different ways.

The wealthy and powerful know full well that they are somehow apart from the rest of humanity, but see their alienation as a badge of their superiority.

A specific form of alienation is “reification”—the “thinging” of human relations—or, more elegantly, devaluing human relations to the point of being just like things, or attributing to a thing the qualities of a living organism.

“Objectification” of human beings, whether as sex objects or consumers, is comparable. When 19th-century mill owners advertised jobs for “hands,” they did more than just demean their employees, they objectified them.

“The market” itself becomes a thing, almost a person. How often have we heard on the news statements such as: “The market was gloomy yesterday but today rallied and showed signs of positive jubilation”?

It’s almost as if they are describing someone rising from their sick bed and dancing in the streets with a bottle of bubbly in their hands.

The market is presented as supreme, invested with super-human powers, which obscures the real nature of ideological, political and economic relations.

With the transition from feudalism to capitalism, people accepted a new kind of servitude. As “free” wage-labourers and “free” consumers they became ever more subject to the rule of money.

Yet while work—production—offers the possibility of collective action, consumption became increasingly a largely private experience embodied in commodities mediated by advertising and fashion.

But we needn’t simply wait upon some perfect society to acquire a socialist outlook. People can reduce their own alienation through collective action for the common good, challenging the dictats of capitalism and imperialism.

It is through working together with others in our neighbourhoods and communities, in trade unions, in the labour movement and in a Marxist political party that we humans can begin to realise ourselves, changing our nature by developing what Marx called our “slumbering powers.”

The ultimate victory for those who would struggle for a communal society is the end of alienation. We’ll probably continue to shop, some of us may even remain “dedicated followers of fashion,” but our wants will no longer be dictated by the owners and managers of capital.