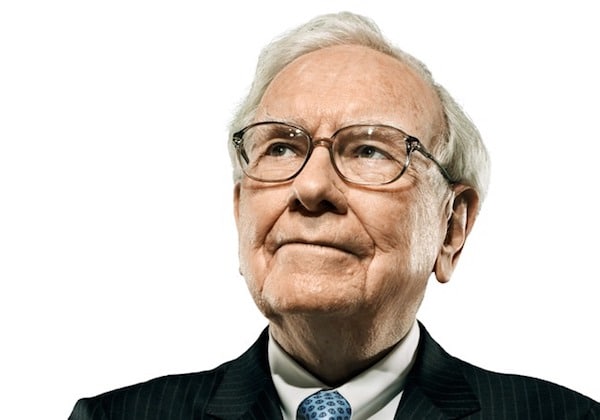 Warren Buffett is one of the wealthiest people in the world. He is also Chairman of the Board, President and Chief Executive Officer of Berkshire Hathaway, a huge U.S. investment conglomerate. Looking at Berkshire’s investment policy reveals some important features of the economics of imperialism today and the role of money capitalists. Buffett’s public image as a kindly old gentleman—the Sage of Omaha—who favours increasing taxes on the rich and donates to charitable causes, does not sit well with evidence that he is a predatory gouger of profit. But these are the times in which we live.[1] 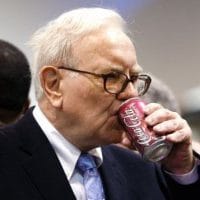 Berkshire’s nondescript name belies the fact that it is the fifth or sixth largest publicly quoted company by market capitalisation, at more than $500bn. It owns an extraordinarily wide range of companies, from insurance and banking, to specialist engineering, consumer electronics, news media, real estate, energy, railroads and airlines. Berkshire has more than 240 subsidiaries, but in addition to these it has large and small equity stakes in many other companies. Some are enterprises that few have heard of; others are household names. Six big companies account for nearly 70% of its $180bn portfolio of equity holdings: Apple, Coca Cola, Kraft Heinz, American Express, Bank of America and Wells Fargo bank.

Warren Buffett’s business strategy has not always been successful. He has made a number of duff investments, not least an early one in the textiles business that gave his company its name. Subsequent failures include investments in IBM and Tesco, and he was quite late into the boom in ‘technology’ stocks, having viewed these with a traditionalist’s scepticism. But his fund has nevertheless registered dramatic returns over a long period, well above those that would have been gained from investing in a broad index of companies. Like some other companies reviewed on this blog, Berkshire Hathaway does not pay dividends to its investors, relying upon an increasing share price to keep them happy. So far they have been content: from close to $100,000 in early 2010, the share price had risen to more than $300,000 by early 2018, to become the most expensive share in history.[2]

As one might expect, Berkshire Hathaway uses its financial strength to negotiate deals to its advantage, and there are two guiding themes for its investments. Firstly, Berkshire looks for companies with brand loyalty and potential or actual monopolistic positions that are likely to keep future profits secure. Secondly, as far as possible, it wants only to allocate money capital and not to get involved in business operations.

The market power of a monopolist is a wonderful thing—if you are the monopolist. There is rarely only one supplier unchallenged by rivals. But being one of very few suppliers, or having a government contract that guarantees high prices for your product, or using advertising and brand recognition to cement market domination, or building a commercial barrier to limit what competitors can do, or using patents to stall their development, are all means of building a favourable position in the market. These are the kinds of company, big and small, that Berkshire Hathaway seeks.

On the big side is Apple. Although he was late to the party, Buffett started jumping into Apple’s shares in 2016, after its price had fallen over the previous year. By late 2017, Berkshire had accumulated more than $20bn in Apple shares, some 2.5% of the company. The rationale for this investment was that Apple had an ‘ecosystem’ and level of brand loyalty that meant consumers were not very sensitive to the exorbitant charges it makes for its products, particularly the iPhone—as revealed in Apple’s confidence when putting a premium price on the iPhone X.

Other large companies include not only the well-known ones like Coca Cola and Kraft Heinz, noted above, but also those that usually remain out of sight. Take energy distribution, for example.

Berkshire owns 99% of Berkshire Hathaway Energy. In addition to its businesses in the U.S. and Canada, this subsidiary owns two of the fourteen ‘distribution network operators’ in the UK. Each of these UK operators is a regional monopoly; there are five other holding companies owning the remaining twelve. Berkshire’s are managed by its Northern Powergrid company, with operations in Yorkshire and the North East of England.

When people complain about high costs of gas and electricity, it is usually the energy producingcompanies that get the blame, not the distributors. But the latter are often responsible for something like 25% of a household’s energy bill through the distribution prices they charge the producers. In 2016-17, Northern Powergrid (Yorkshire)’s total revenues were £417m and a high proportion of those, nearly half, were its operating profit of £199m.

Berkshire also invests in many smaller companies, often those in a strong niche position. Examples are Precision Castparts (metal components and castings), IMC Group (tungsten carbide metal cutting tools) and Lubrizol (specialist chemicals). These are an important component of the holding company’s returns.

Berkshire’s funds come in both from its direct subsidiaries and from its portfolio of equity investments and interest bearing securities. Its many investments give a claim on revenues from all areas of the economy, both nationally (in the U.S.) and internationally.[3] This is shown by the breakdown of its $25.9bn earnings (profits) before taxes in 2016. Insurance underwriting brought in $2.1bn, with an additional $4.6bn of earnings from the portfolio investments of its insurance division. BNSF, its railroad freight division, brought in $5.7bn, Berkshire Hathaway Energy $3.0bn, its manufacturing subsidiaries $6.2bn, with the remainder from a variety of other businesses and investments.

Being a money capitalist

Many big corporations today do as little production themselves as they can get away with. Instead they monopolise design, technology patents and marketing, while the producers of the goods and services they control become part of their ‘value chains’. Owning many producing, transport and servicing companies, Berkshire Hathaway would not seem to be doing this. But it has its own way of working, as spelled out in its latest annual report:

“operating businesses are managed on an unusually decentralized basis. There are essentially no centralized or integrated business functions (such as sales, marketing, purchasing, legal or human resources) and there is minimal involvement by Berkshire’s corporate headquarters in the day-to-day business activities of the operating businesses.”

In other words, Berkshire may buy out a company and allocate extra capital for investment, but, although it may choose the Chief Executive of the operating business, the holding company stays clear of directly managing anything. This shows Berkshire’s role as money capitalist, even for its operating businesses, quite apart from those companies in which it just holds a portfolio stake.

The funds for Berkshire’s investments are mainly held by its insurance division—a large volume of mostly U.S. dollar-denominated cash, cash equivalents and U.S. Treasury Bills, which amounted to $71bn at end-2016 (total cash, etc, available was $86bn). A portion of those funds may be required to meet payments on insurance and reinsurance policies. But more importantly, this is also a store of cash to use for the opportunistic gouging of other capitalists, especially in times of crisis when cash is king.

Berkshire has often acted as a lender of last resort to selected companies in trouble. They are willing to pay a premium cost for its funds, not only because they have little choice, but also because backing from a big, well-known investor helps restore some financial market confidence in their business. In this type of investment, Berkshire has purchased ‘preference shares’ paying a high fixed rate of interest and which can only be bought back by the company at a premium, usually around 10%. As part of these preference shares, the company may also issue Berkshire long-dated options to buy the company’s stock at very favourable prices.

Examples of such deals include Berkshire investing $5bn in the preferred stock of Goldman Sachs back in 2008. This stock yielded an annual interest rate of 10%. Goldman bought it back in 2011, but had to pay $5.5bn. Berkshire also gained from the stock options it received. Similarly, Berkshire bought $5bn of Bank of America’s preference stock in 2011, although market conditions were not quite so bad and the yield was 6%. Other companies that have been through this Berkshire process include General Electric, Dow, Wrigley, Kraft Heinz and Home Capital.

Buffett and the law of value

Berkshire Hathaway’s business is an example of how a big corporation is often bigger than you think. Its fortunes derive from the operation of hundreds of companies it owns directly and from its myriad of investments that stake a claim on the value produced worldwide, even though most of Berkshire’s business looks U.S.-based. Its mode of operation also responds to how the imperialist world economy works today. Do not just look for a ‘good company’ to invest in, but find the ones with a more protected niche in the market. Do not just lend to a company with ‘good prospects’, but wait to pounce on those with a future that are desperate enough to accept your terms.

Warren Buffett is quite abstemious and gets a relatively small salary for being the Chairman and CEO of a major corporation. Nevertheless, he is one of the top 10 richest people on the planet, with a large income from his personal investments as well as the wealth represented by his Berkshire holdings. Buffett owns some 18% of Berkshire Hathaway’s shares and, like some of his plutocrat peers, he has also organised the company’s shareholdings so that his voting power is higher than this, at nearly 32% of the total.[4]

He has many fans and receives the kinds of accolade that would go to a sports team with a great track record. But this is not a game; it is the world economy, and Buffett’s fund is a prime example of the power of parasitism today. Berkshire ‘puts money to work’ by relying upon the work of others, and it siphons off the product of social labour into the fortunes of private investors.

[1] This review of Berkshire Hathaway extends the list of corporations covered on this blog. Earlier ones were: Apple, Alibaba, Amazon, Facebook and Alphabet/Google. I do not plan to give a comprehensive overview of Berkshire’s operations, for which see Wikipedia and other Internet sources. Here I want to focus on key points that illustrate the nature of imperial economics today. Information cited is mainly from Berkshire’s accounts.

[2] This is the price of the main Class A shares. See footnote 4 for further details.

[3] When looking at the details, I was surprised that little of Berkshire’s revenue seems to come directly from non-U.S. sources. A lot of Buffett’s attention seems to have been spent scouring the nooks and crannies of the domestic U.S. economy for profitable openings and to buy into cheapened assets. Berkshire owns stakes in airlines, regional newspapers, real estate brokerages and automobile dealerships, among other things.