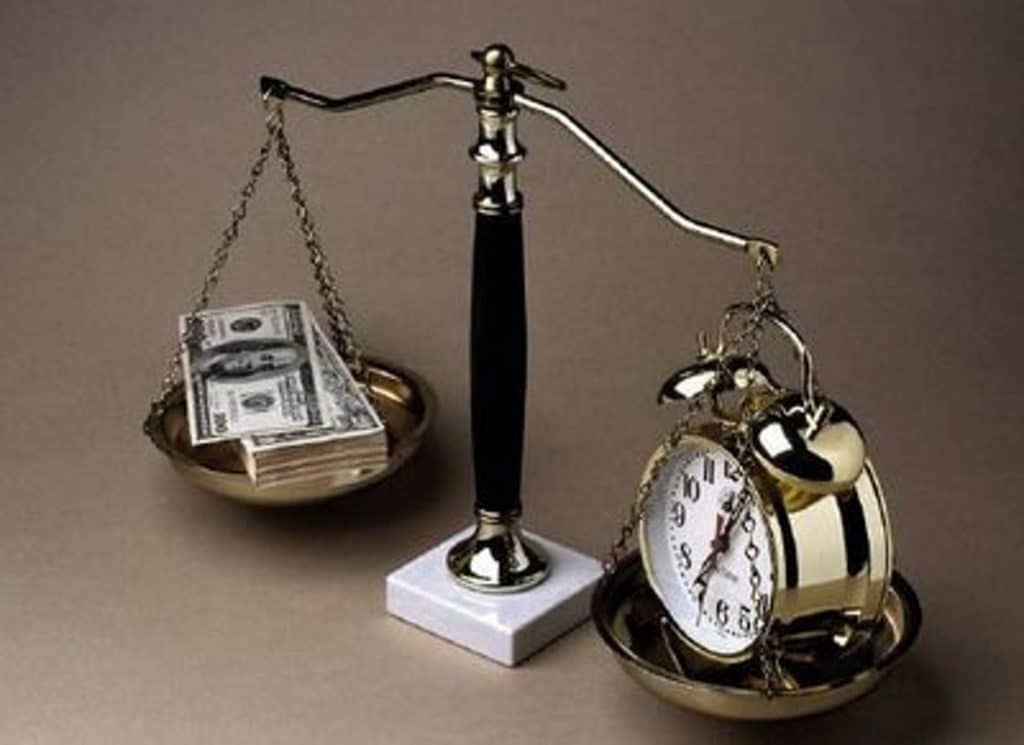 This article is the second of a three-part series on finance and socialism. Part 1: “How Should Socialists Understand Finance?”

A literalist, out-of-context reading of Marx can get one into trouble, or at the very least, leave you hopelessly confused. For help, I look to David Harvey. Perhaps the preeminent expert on Marx’s Capital in the English-speaking world, Harvey meticulously reconstructed Marx’s approach to money in his major treatise, Limits to Capital (1982). Published at the dawn of the neoliberal revolution, Limits presents a comprehensive theory of capital and contains two lengthy and well-developed chapters on money and finance.

Remember that a crucial thrust of Marx’s approach to money challenges its independent creative power. By insisting on abstract human labor as the underlying basis for value, Marx discards the bourgeois myth that money itself is an independent agent of wealth creation. For Marx, labor precedes money as a basis for value. This focus distinguishes Marx from more mainstream, bourgeois economics like monetarism or Keynesianism, which focus on things like the money supply and demand management. That’s not to say those theories should be disregarded. But in complimentary fashion, Marx trains our eye on the concrete, material aspects of economic life.

Consider next the distinction between money and capital. Capital is private property used for the production of a form of profit Marx calls surplus value. Surplus value is profit derived predominantly from others’ labor. Once generated by a worker and appropriated by an employer, surplus value is realized (i.e. monetized) in commodity exchange via the price system. In this process, money is merely the privileged commodity that facilitates a transactional chain. Money is the medium of wage payments, commodity purchases, and the reinvestment of profit in new capital. But money is not itself capital, strictly speaking, unless it’s used in a specific way.

The distinction between capital and money is important if we stick to the Marxian axiom regarding labor, value, and class antagonism. And so, in volume 2 of Capital, Marx reminds us that class is not merely a side-effect of money, but the other way around: “It is not money which by its nature creates this [class] relation; it is, rather, the existence of this relation which permits the transformation of a mere money-function into a capital-function.” Harvey echoes this point by saying, “Money could not be converted into capital if wage labor did not exist.”

In short, money does not itself beget money. Labor does. More broadly, we say that labor creates value, and money is the rubric by which we measure that value. This rule applies equally to financial profits. Financial wizards don’t create money from nowhere, although it does sometimes look that way. Instead, by virtue of class, finance capitalists control large blocks of money derived from social power, and use it to peel off a measure of capitalist profits. Those profits have their origin in labor, surplus value, and commodity exchange.

Harvey explains, “If money capital increases by interest over a given time period, this is because productive capitalists have managed to produce sufficient surplus value within that period to cover the interest payment.” And so in Marxian theory, all roads lead back to the concrete reality of commodity production. It’s human labor—how it’s organized and controlled; who bears the burden of its performance; and who receives its benefit—that informs a Marxist conception of economic reality. This is as true today as it was in Marx’s time, in all capitalist systems, no matter how phantasmagoric and fetishized they get.

With so much at stake, it’s clear that credit, and indeed the whole banking and finance industry, must exist in capitalism for some explicable reason. We can’t indulge in the assumption that it’s there for no reason at all. Otherwise, why would productive capitalists tolerate the drain on their profits?

Harvey spends the first half of Limits walking through the myriad contradictions of commodity production under capitalist social relations, concluding that balanced capital accumulation is strictly impossible without lots of credit on hand. Otherwise, the spheres of investment, production, and exchange accrue unmanageable discontinuities in time and space. Particularly with respect to the bumps and divots of fixed capital and consumer demand, credit acts as a smoothing agent.

Harvey refers to the credit system as “a kind of central nervous system through which the overall circulation of capital is coordinated.” It allows money capital to flow to and fro, unimpeded by the chaotic conditions of competitive commodity production. In theory at least, “the credit system has the potential to fine-tune the engine of accumulation through sophisticated coordination of investment decisions across the economy.” The bourgeois hope is that through finance, “stability can be imposed upon an otherwise anarchistic and uncoordinated capitalism.”

We can think of it this way: credit provides a socially acceptable method for cheating time. Whether it’s the purchase of a stock, bond, or derivative, financial operations are about raising money today by issuing claims on tomorrow’s value. The as-yet-unrealized, still “fictitious” value is preemptively surrendered to receive spending money now. Because the story of production and consumption is diachronic, necessarily unfolding over time, as economies become sophisticated, a temporal disconnect arises that interrupts or creates a drag on the rhythms of capital. Finance is a way of outrunning the temporal gaps in production and profit, as they arise and before they can block the flow of capital. And if there’s one rule of capitalism, it’s that value must stay in motion.

For instance, balanced accumulation requires that production cannot be increased until consumption has caught up to it. Why produce something today if nobody can afford it until next year? But credit allows both production and consumption to be accelerated simultaneously. In other words, credit allows producers to ramp up production on borrowed funds without having to wait for cash profits to accumulate from consumer spending. Meanwhile, escalated production can be justified on the assumption that effective consumer demand will be available to absorb the additional commodities at a profitable rate, since purchasers are now relying on consumer credit to supplement their buying ability. In this way, credit works as a temporal gap-filler that maintains and re-imposes quantitative balance between supply and demand.

Credit values are only fictitious in the sense that they masquerade as “real” value—that is, value backed by completed human labor—with only a contingent connection to that value. But importantly, the fiction isn’t necessarily a fraud. The reality of fictitious capital, whether it’s a stock or bond, always depends upon the fruits of future labor. Assuming that economic conditions are suitable to sustain a meaningful linkage between those two elements, credit and labor value, then there’s nothing wrong with this picture. Capitalism’s fundamental problem with finance is that it can’t realistically indulge in that assumption, particularly because bourgeois economics is at pains to deny the underlying value of human labor.

Balanced accumulation in a sophisticated, modern economy inevitably requires an orgy of credit. The capitalist system itself, functioning normally in its blind pursuit of accumulation, naturally pushes credit down the path of unlimited proliferation. As credit becomes more and more important at all levels of the economy—think today about the everyday necessity of consumer credit cards, student loans, and in the lead up to the 2008 crisis, orgiastic subprime-mortgage origination and securitization—“the gap between fictitious values within the credit system and money tied to real [labor] values widens.” As this happens, “the fictitious aspects of money are pushed to extremes, and their links to the actualities of social labor become ever more tenuous.”

And so playing with time gets dangerous. “Credit not only permits traditional money functions to be extended, generalized, and worked out: it does exactly the same for the crisis tendencies within capitalism.” In other words, in trying to solve its own native instability, financialized capitalism inevitably becomes more about genies and less about lamps.

When this state of affairs reaches its breaking point, “capital must find some way to re-establish its footing in the world of socially necessary labor.” This is what we call a financial crisis: a panicked reawakening from the dreamwork of boundless, fractal credit creation. A crisis leaves an economy seared by the harsh light of labor, cash, and commodities. We come back to one of Marx’s fundamental lessons: As Harvey has it, “There is no substitute for the actual transformation of nature through the concrete production of use values.”

The lesson is simple. Even in a world of ubiquitous stock tickers and collateralized debt obligations, Marx reminds us of the primacy of labor and material production over financial horseplay. Capitalism cannot for long deny the real economy—supported in the final analysis by cash and human labor—in favor of an ecstatic, alchemical-generative bacchanal of high finance. Perhaps this should be obvious, but few observers admit it until it’s too late. And this is the ongoing importance of Marx’s approach to finance today. “[Marx] wishes to alert us to the insanity of a society in which investment in appropriation (rents, government debts, etc.) appears just as important as investment in production.” To invoke a frequent theme in Marx, the system contains the seeds of its own destruction.

But the destruction of the financial system hasn’t yet come to pass. On the contrary, even after 2008, the current economic moment remains characterized by precisely the opposite tendency: we live in a period of financialization. But what is meant by this term?

Along with neoliberalism and globalization, financialization is one of the three interrelated characteristics of the contemporary economic order. Consonant with Marx and Harvey, Cedric Durand defines it as a form of capitalism “distinguished by the accumulation of drawing rights over values that are yet to be produced.” Durand argues that this “eruption of finance is nothing other than a manifestation of capitalism running out of breath.” And so it’s possible that the contradictions of credit outlined above don’t so much point to the credit system’s own intractability, but rather to an ongoing deterioration of capitalism itself.

In 2008, the world watched global finance capitalism gasp and sputter, only to have the government rush in to perform mouth-to-mouth. The state’s decisive role in resolving the crisis leads Durand to a dark conclusion:

“The hegemony of finance—the most fetishized form of wealth—is only maintained through the public authorities’ unconditional support. Left to itself, fictitious capital would collapse; and yet that would also pull down the whole of our economies in its wake. In truth, finance is a master blackmailer. Financial hegemony dresses up in the liberal trappings of the market, yet captures the old sovereignty of the state all the better to squeeze the social body to feed its own profits. Is this still capitalism?”

A disturbing question. We might consider that if it seems like capitalism is failing, it doesn’t necessarily follow that we’re moving toward socialism. Instead, it could be something far worse: an obscene post-capitalism that dispenses with even the superficial freedoms associated with classical liberalism, and instead provokes the bloody fist of fascism, finance, and techno-feudalism. That’s one future we face.

But what about another future? Can a distinctly Marxian understanding of finance point the way forward? We see the worms writhing in the reanimated corpse of finance capitalism. But can we begin to imagine a healthy finance socialism?

In the third and final entry in this series, I’ll endeavor to answer that difficult question.