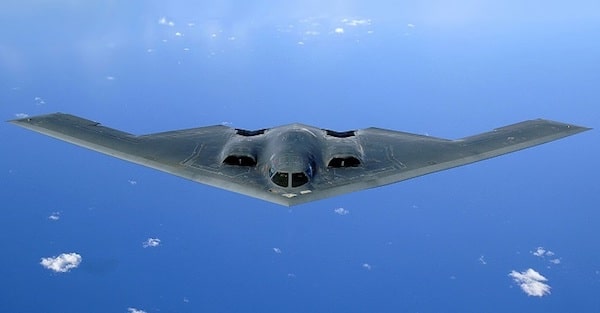 During his first State of the Union address on Tuesday, Donald Trump pledged the United States would continue its “campaign of maximum pressure” against North Korea. Meanwhile, the Washington Post ran an opinion piece written by the man who was, until recently, set to become the U.S. ambassador to South Korea.

Victor Cha, a professor at Georgetown University and senior adviser at the Center for Strategic and International Studies, had reportedly passed all U.S. security checks, and South Korea had signed off on him.

It was expected — and for the government in Seoul, hoped — that Trump would soon formally nominate Cha for Senate approval. But over the weekend, it was reported that the White house informed Cha he was no longer being considered for the post.

Sources say the move was motivated by Cha’s disagreement with the Trump administration’s policy on North Korea. In particular, these sources say, the would-be ambassador took issue with the White House considering a preemptive strike against the Hermit Kingdom.

Writing for the Washington Post on Tuesday, Cha stated that the answer to the North Korean question “is not, as some Trump administration officials have suggested, a preventive military strike.”

Rather, Cha wrote, there are options available to address the threat “without escalating into a war that would likely kill tens, if not hundreds, of thousands of Americans.”

Cha, who previously served in the administration of George W. Bush, wrote that he expressed his concerns over North Korea policy while he was being considered for the Seoul ambassadorship.

The Georgetown professor went on to question the logic of the “bloody nose” strategy, meant to shock leader Kim Jong-un and make him think twice about his nuclear ambitions:

If we believe that Kim is undeterrable without such a strike, how can we also believe that a strike will deter him from responding in kind? And if Kim is unpredictable, impulsive and bordering on irrational, how can we control the escalation ladder, which is premised on an adversary’s rational understanding of signals and deterrence?

Cha noted that on any given day, there are around 230,000 Americans in South Korea and another 90,000 in neighboring Japan. He pointed out that if North Korea were to retaliate against a preemptive strike, those citizens “would most likely have to hunker down until the war was over.”

He also noted that unlike Japan, South Korea lacks sufficient missile defense systems to counter a barrage of artillery from the North, meaning Americans there, as well as millions of South Koreans, would be vulnerable:

To be clear: The president would be putting at risk an American population the size of a medium-size U.S. city — Pittsburgh, say, or Cincinnati — on the assumption that a crazy and undeterrable dictator will be rationally cowed by a demonstration of U.S. kinetic power.

Regardless of such warnings, Trump remained adamant that the Kim regime poses a substantial threat to the U.S. while speaking before Congress on Tuesday. After claiming his administration has been tough on authoritarian nations, Trump zeroed in on North Korea in his State of the Union Address:

But no regime has oppressed its own citizens more totally or brutally than the cruel dictatorship in North Korea. North Korea’s reckless pursuit of nuclear missiles could very soon threaten our homeland. We are waging a campaign of maximum pressure to prevent that from ever happening.

Continuing, the president suggested the U.S. “need only look at the depraved character of the North Korean regime to understand the nature of the nuclear threat it could pose to America and to our allies.

This aspect of the president’s State of the Union Address — Trump’s focus on the character of North Korea as opposed to the country’s nuclear weapons program — already has some speculating that the White House may be preparing for actual war.

Writing for The Atlantic, Peter Beinart noted that Trump’s telling of the story of Otto Warmbier, the American arrested in North Korea who died shortly after his return to the U.S., as well as that of North Korean defector Ji Seong Ho, may have been an attempt to “rouse moral indignation” ahead of the outbreak of war.

Writing for The Intercept on Wednesday, Jon Schwarz made a different connection. He pointed out that in Trump’s speech, many of his stated justifications for war with North Korea were “frighteningly familiar” to those given by President George W. Bush during the lead-up to war with Iraq in 2003.

Further, a source speaking to Anti-Media on the condition of anonymity with knowledge of U.S. Naval activities told us preparations have begun for military conflict in East Asia over the coming months.