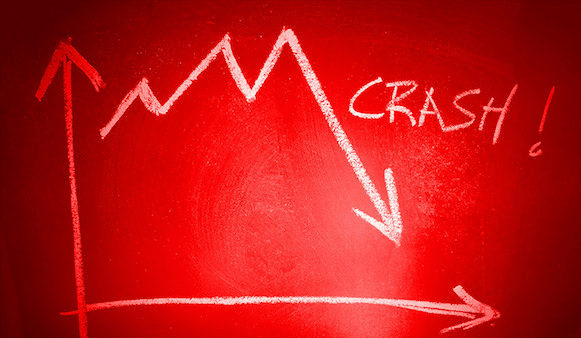 Despite all the euphoria in the past period about the world recovery and booming stock markets, events have taken a sharp turn for the worse. Over the past week, stock markets around the world have plunged.

This has shattered the boasts of Donald Trump and the apologists of capitalism that everything was on the up. His claims at Davos that the stock market was “smashing one record after another” have turned to dust.

U.S. stocks suffered a fall last Friday, followed by European and Asian stocks. Then on Monday, the U.S. stock market suffered its worst collapse in more than six years, wiping out gains for the whole year.

Investors were spooked by the prospect of higher interest rates and the return of inflation. The end of cheap money – after years of quantitative easing and low interest rates – was threatening to derail the capitalists’ gravy train.

Monday’s rout saw sharp falls and a shift to safe havens. At one point, the Dow Jones Industrial Average shed more than 800 points in just ten minutes. It briefly reached a technical correction of 10 percent. Trading volume was the second highest this decade.

“The speed of this is like a flash crash,” said Jim Paulsen, strategist at Leuthold Investment Management. “Someone got caught awfully wrong.” 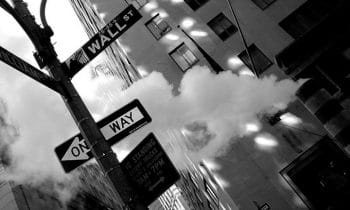 Unsurprisingly, Trump’s press secretary tried to downplay the severity of the situation. “Look, markets do fluctuate in the short term, I think we all know that,” the President’s aid admitted, before adding, “But the fundamentals of this economy are very strong.”

Such rhetoric is not new. These are the same sentiments expressed before every collapse.

Ray Dalio, co-chief investment officer was equally deluded. “These big declines are just minor corrections in the scope of things…what comes next will be most important.” But minor “corrections” can precipitate an avalanche.

They all fear the coming monetary tightening. That explains the turbulence in the bond markets in the recent period. Rising bond prices can undercut stocks by raising company costs, thus hitting profits. They had become used to the cash cow of cheap money.

There are also fears that the U.S. deficit will rise due to the recent tax cuts, which will lead to more government borrowing.

“We had a very prolonged period of easy monetary policy and if you think about it like a patient, central banks viewed the economy as being on life support,” said Brian Levittown, a senior investment strategist with Oppenheimer Funds. Now the frail patient is threatened by their life support being taken away.

Many believe that there is a very bumpy road ahead. Those who believed that the merry-go-round would continue were deluding themselves. The problems that led to the 2008 slump were never resolved. This ‘recovery’, therefore, was always going to lead to a further fall. Volatility now rules the markets – a reflection of the underlying crisis of capitalism.

All this has taken place in parallel to the IMF upgrading its growth forecast for 2018 to 3.9 percent. The IMF predictions pointed to a “broad surge in growth since 2010”. Other forecasts have been even more optimistic.

There are those who are a bit more cautious, however. The global economic improvement has not been due to any fundamentals, but for cyclical reasons, which will not last. “The recent surge in global growth is mainly a cyclical demand phenomenon,” explained Gavin Davies of the Financial Times, “which has so far had only a moderate impact on long term sustainable growth.”

“I hate to admit this, but I have found a good historical parallel for what is happening in the markets. And it is with spring and summer of 2007, on the eve of the credit crisis. I dislike admitting this because I do not want to be accused of alarmism.”

Nevertheless, the FT journalist goes on to explain how similar events in 2007 led to a whole series of financial disasters, ending up (in the words of Jim Cramer) with “Armageddon”.

Although Authers tries to play down the similarities, he clearly is alarmed by these animal spirits. Notably, Trump has not tweeted about the stock market since 29 January. This is a sure sign that all is not good.

The stock market is never an accurate reflection of the real economy. However, a collapse in stocks can be a harbinger of a new downturn. This is what they are afraid of. It can be an important break in the chain, leading to a slump, as in 1929.

It is 10 years since the global capitalist crisis. The ‘recovery’ has lasted for more than eight years – but now it has exhausted itself. Anything could precipitate another slump. And with all the ammo already used up fighting the last crisis, this new crash could be even worse than 2008. This is what frightens Wall Street and the capitalist establishment. 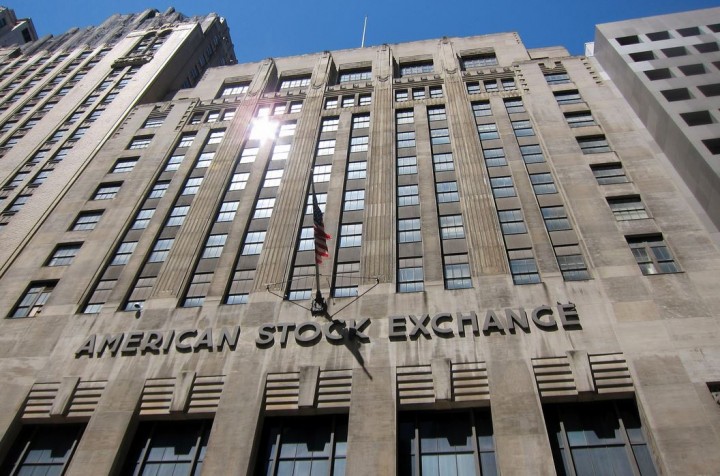 A collapse in stocks can be a harbinger of a new economic downturn / Image: Wally Gobetz

The question which is about to be tested is whether the network of financial products that has blossomed this time round turns out to be as precariously constructed as the financial engineering that ended up failing so spectacularly in 2007. History suggests we are about to find out.

Whether this collapse in the stock markets develops into something far worse is impossible to predict. Even the Wall Street Crash in 1929 went through a whole series of ups and downs.

The fact that the capitalist system has today reached its limits is clear. Sooner or later the system will enter into another slump, which will once again destroy any hopes of achieving economic or political stability.

The years of relative calm on the stock markets have come to an end. Prepare for a rough ride.