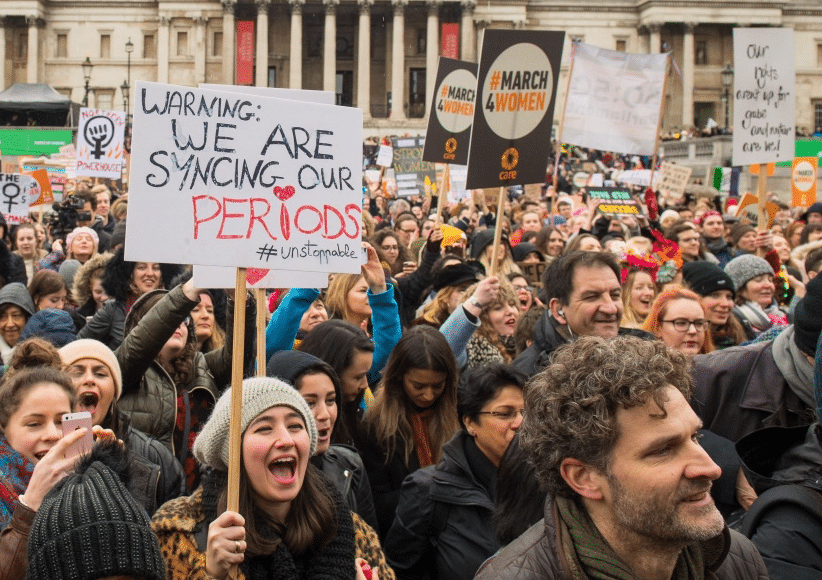 The existence in all known societies of a sexual division of labour has led some to claim that inequality is “natural,” inevitable, due to innate differences in mental make-up or to biology, including women’s vulnerability during pregnancy and the demands of child-rearing.

Others have assumed that, at some point in pre-history, men acquired power over women due to males’ greater strength and/or aggression, including intimidation and rape.

Some maintain that there are two motors to history — the class struggle and an ongoing struggle between the sexes.

They assert that gender — or at least man to woman — relationships were forged in our ancestral past or that they are fixed in our genes.

This ignores the fact that gender relationships have varied over time and they continue to do so between places and cultures.

For Marxists, the roots of oppression are to be sought not in biological “givens” but in the dual processes of production of the means of subsistence — food, clothing, shelter and tools — and reproduction of individuals and social systems.

As Mary Davis says in her book Women and Class, women’s oppression is “a problem of history not of biology.”

Archaeological and other evidence increasingly endorses Engels’s view in The Origin of the Family, Private Property and the State (1884) that the oppression of women emerged alongside class society and that both class exploitation and female oppression have their origins in the emergence of property relations based on private accumulation — particularly the male appropriation of what previously belonged to the community as a whole.

Engels acknowledged the role of biology in influencing a sexual division of labour. However, such differences in role were initially not exploitative and they varied in different “primitive” societies.

He maintains that the social significance of woman’s child-bearing capacity and different roles of men and women lies in the production of a “surplus” beyond that required for producers and their dependants to survive.

This underpinned the emergence of private property and the development of descent systems — based on monogamous marriage and the patriarchal family — for the transmission of accumulated wealth to male offspring.

Both within that family and in the wider world of work, women were generally subordinate, often having to cope with housework and child-rearing at the same time as earning a wage, inside or outside the home.

Under capitalism, Engels maintained: “Within the family, the husband constitutes the bourgeoisie and the wife the proletariat.”

Irish Marxist republican leader James Connolly wrote that, if the male worker was the slave of capitalist society, then the female worker and home-maker was doubly exploited, “the slave of that slave.”

Marx himself argued that any significant social progress would require an “upheaval” in the status of women, declaring that “social progress can be measured by the social position of the female sex.”

Within socialism, from the early days of the Soviet Union to Cuba, a century later, there has been enormous progress in securing equality between the sexes.

Under capitalism too there have been significant advances in the “social position” of women.

Capitalism is quite capable of conceding “equality” where it poses no threat to profit and power.

Davis argues that it’s important to distinguish between oppression and discrimination.

Both need to be challenged, but oppression is an element of class rule, “a function of class society as well as being a product of it,” whereas discrimination can take multiple forms and changes with time.

While sexism, misogyny and discrimination against women are still widespread in Britain, they offer no necessary service to capital.

“Enlightened capitalism” is perfectly happy to accommodate equality in the workplace, if not in the home, where it suits the pursuit of profit and capitalists’ hold on power.

An end to the “glass ceiling,” which all socialists support, admits more talent and competition to higher-paid occupations such as broadcasting or the upper realms of management.

But at the same time it obscures further the role of such occupations in sustaining capitalism. And equal pay in the workplace, which all genuine socialists struggle for, can, in the absence of workplace organisation, facilitate the universal tendency within capitalism to reduce all wages to levels required for the production and reproduction of labour.

Marxists such as Clara Zetkin, Alexandra Kollontai, Rosa Luxemburg and Sylvia Pankhurst were all critical of forms of feminism that reinforce class status. Kollontai declared in 1909: “For what reason […] should the woman worker seek a union with the bourgeois feminists? Who, in actual fact, would stand to gain in the event of such an alliance? Certainly not the woman worker.”

And Luxemburg wrote in 1912 that “most of those bourgeois women who act like lionesses in the struggle against ‘male prerogatives’ would trot like docile lambs in the camp of conservative and clerical reaction if they had suffrage.”

Emmeline Pankhurst, leader of the British suffragette movement together with her daughter Christabel, abandoned militant activism on the outbreak of the first world war, becoming supporters of the “white feather” campaign to shame men who had not enlisted.

Emmeline joined the Conservative Party after the war. Her statue stands adjacent to the Houses of Parliament today.

Sylvia Pankhurst, Christabel’s sister, by contrast became a socialist, founding what became the Workers’ Socialist Federation, and eventually a communist.

In 2018, 90 years after the Act which allowed some women to vote, and after a long campaign, a statue will be erected to Sylvia outside Marx House in Clerkenwell Green — a much more prestigious location and a fitting symbol of the fact that women’s struggle and the class struggle are two sides of the same coin.

On the left, there is a tendency to subsume “women’s issues” within the general class struggle — “socialism will sort it all out.”
In the meantime, any specific concentration on women’s issues is seen as diversionary, a deviation from the site of the real struggle.

Davis, by contrast, argues that the liberation of women must be at the heart of the struggle for socialism. She argues: “The struggle for equal pay for equal work, for subsidised childcare, for the socialisation of other aspects of domestic work and for other issues of importance to women, such as reproductive and full legal rights, points ultimately to socialism. It is around issues such as these that women are most likely to be mobilised and united.”

The full political and social emancipation of women is central to the achievement of socialism. And socialism is unlikely to be achieved unless it forms part of the organised struggle of women for equality.