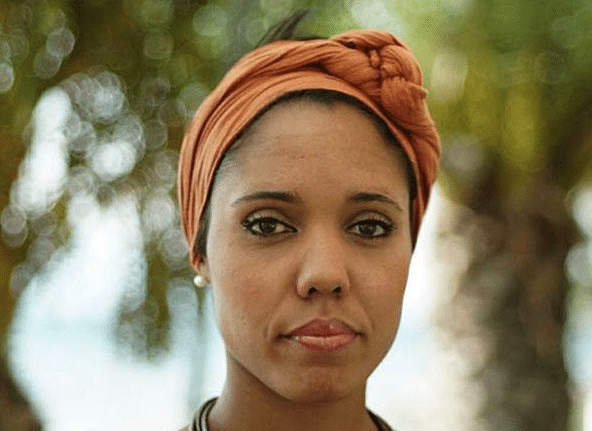 It is almost impossible to talk about future projects in Cuba or the work done over all these years to construct a socialist society, without mentioning the role of women in decision making and their contribution in key spaces since the triumph of the Revolution on January 1, 1959.

Cuban women make up 48% of the state sector workforce, with a similar percent occupying management positions. Excellent employment, participation and leadership opportunities are open to women, for example, eight out of every ten attorneys in the country are female, as Teresa Amarelle Boué, Secretary General of the Federation of Cuban Women (FMC) and a member of the Communist Party of Cuba Political Bureau reported.

Meanwhile, women constitute 48.86% of deputies in the National Assembly of People’s Power (Cuban Parliament), a figure that demonstrates the important contribution made by Cuban women to drafting policy and perfecting the island’s socialist system.

Likewise, 78.5% of healthcare professionals are women, as well as almost half of all of those conducting scientific research. Women also constitute 66% of the country’s highly trained technicians and professionals, receiving the same salary as their male counterparts for the same work.

Cuban women also have access to free and universal education and healthcare, and represent 60% of all university graduates.

A revolution within the Revolution, is how Fidel Castro Ruz described women’s participation in the construction of a new society, This was the same spirit that led to the founding of the Federation of Cuban Women (FMC), on August 23, 1960, with Vilma Espín as president, who stood out as an example of commitment to the revolutionary struggle and the defense of women’s rights.

“There are many things our country can feel fortunate about, among them, above all, the magnificent people it possesses. Here it is not only men that fight; here just like men, women also fight,” stated the Comandante en Jefe.

Since then, the FMC has continued to grow and today has over four million members, 90.6% of Cuban women over the age of 14 years, the minimum age requirement to become a member.

The FMC has created institutions centered on helping Cuban families, such as the Community Women and Family Guidance Centers, which undertake educational and prevention work, and ensure that women, men, children and seniors receive individualized care when it comes to conflict resolution, whether it be a case of domestic violence, legal advice or other matters.

The organization also visits communities and local maternity facilities where it offers support and advice to families, especially information regarding safe sex and the risks associated with teen pregnancy.

What is more, the Federation gives special attention to a sensitive but important issue: prostitution. Based on the Cuban government’s zero tolerance policy as regards procuring, corruption of minors and other forms of sexual abuse, the FMC supports victims and those at risk, undertaking work at a community level, where it carries out prevention efforts and offers guidance.

The political will of the Cuban government to guarantee comprehensive healthcare for women should be noted, with the implementation of various universal healthcare programs designed around the family.

These include the maternal-infant health program; cervical, uterine and breast cancer screening; as well as a parenthood guidance plan; support for older adults with specific initiatives designed for elderly women; and finally a program to prevent sexually transmitted infections (STIs), HIV and AIDS.

The maternal-infant health program is a priority for the Ministry of Public Health in its efforts to reduce the country’s infant mortality rate – which stood at 4 per 1,000 live births in 2017 – and maternal deaths every year.

It also includes measures to reduce the mortality rate among school age children, and deaths caused by birth defects, as well as providing the population with different forms of contraceptive, including legal, free abortions performed in public hospitals.

Likewise, the program ensures the strict monitoring of pregnant women, with over 12 check-ups throughout their pregnancy, clinical and diagnostic tests, the admittance of at risk women to the appropriate facilities, and conducting all possible deliveries in a hospital.

During their first few months, infants receive check-ups every seven to 15 days, home visits and medical examinations, as well as scheduled vaccinations within the first year of life.

Meanwhile, care of the elderly in Cuba is promoted from within the family, with a state program which prioritizes initiatives for those of retirement age, above all women (60 years of age) with university courses for Older Adults, educational workshops and programs for seniors; direct medical attention from the local doctor; senior’s circles which promote physical exercise and recreational activities; retirement homes providing full time care, and day care centers which offer part-time assistance for families unable to look after elderly members during the day.

In this same vein, the cervical, uterine and breast cancer screening program includes regular Pap tests conducted at the local family doctors’ office. Women are also encouraged to conduct breast self-exams and visit their doctor if they suspect anything. Meanwhile, women diagnosed with cancer are provided with medical care, medicines, surgery and specialized treatments.

Regarding parenthood, in 2003 the Decree-Law 234 relating to Maternity Leave was issued with Complementary Resolution number 22/2003, granting both men and women maternity/paternity leave during the first year of life, with the intention of redefining traditional parental roles by placing shared responsibility at the center of child-parent relations.

Meanwhile, the STI prevention program includes, first and foremost, talks and events on how to tackle these infections, with condoms available in local pharmacies. If a person has an STI they are provided with free medical treatment and the appropriate medications, no matter the cost.

What is more, Cuba was the first country in the world to receive validation from the World Health Organization of having eliminated mother-to-child transmission of HIV and syphilis.

Illnesses which exclusively affect women, and biological processes such as pregnancy, maternity and menopause, are all prioritized within each of these programs, which form part of Cuba’s free and universal healthcare system, offering broad coverage and quality of treatment to patients, with efforts centered on health promotion and disease prevention.

Today, however, these programs must also include aspects specifically linked to gender in the context of women’s daily lives, such as stress and exhaustion stemming from their double workload of holding down a job and managing a home.

In this regard, there is a marked interest in promoting the active participation of men in child care, and issue which is hindered by the continued existence of social prejudices and stereotypes. Statistics reveal that only 90 men took advantage of the new paternity law after it was approved, above all following the death of the mother or other specific situations.

It is worth noting that Cuban law includes a series of regulations affording special rights to women during both the pre and post natal period, starting from 34 weeks through to when the child can walk; while working mothers can breast feed for as long as they like.

A great deal has been achieved over the years, although much remains to be done, as seen in spaces calling for an end to violence against women and girls, in debates on gender equality, reproductive rights and sex education, as well as work to dismantle stereotypes inherited from a misogynist and patriarchal society: all of which form part of efforts to continue building a more just and equal society, where women continue to lead a revolution within the Revolution.