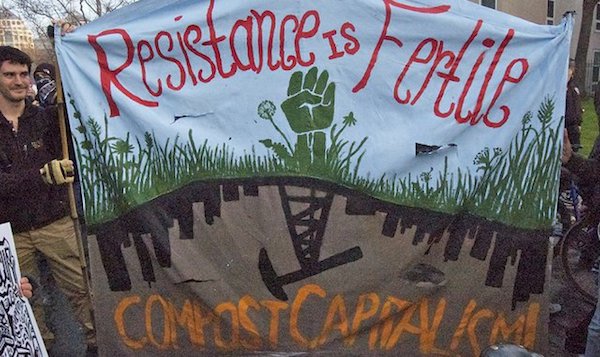 The seventh CADTM South Asia regional workshop started in Colombo (Sri Lanka) on April 6, 2018, with participants coming from Sri Lanka, India, Pakistan, Bangladesh, Nepal, Japan, Belgium and France. Around forty people, most of them being representatives of social movements (peasants’ movements, feminism, trade unionism, etc.), came together for the first day of this three-day long programme. Four main topics were discussed on this day: the activities of the CADTM international network and the topics it focuses on; the public debt policies of Sri Lanka; the Chinese loans and investments in South Asia; and the big corporations’ debts on a global scale as well as with a focus on Indian corporations/ Below is the general introduction which was given by Éric Toussaint, spokesperson for the CADTM international network.

What we are fighting is a capitalist system that destroys nature.

We have to fight a capitalist system which, within the two centuries since the so-called Industrial Revolution, has accumulated enough greenhouse gases to trigger climate change.

It sees nature merely as resources to be extracted, exploited and traded for maximal profit.

A capitalist system that confines the inhabitants of many countries to producing raw material to be exported at the lowest possible price.

A system that drives people to produce food they will not eat and to eat food they have not produced.

A system that sets up and maintains nuclear plants which must urgently be shut down. 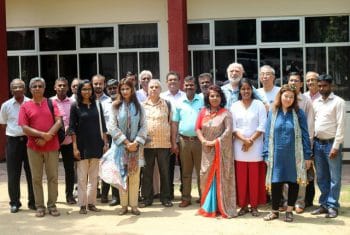 A capitalist system which increases inequalities all over the planet.

A capitalist system which goes hand in hand with the debt system. 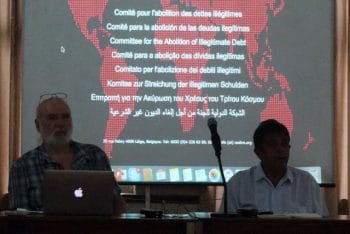 Presentation of the CADTM international Network in Colombo 6th april 2018

The debt system existed long before the capitalist system but it has thrived under capitalism.

Private debt has been used for millennia as a way of depriving peasants of their land, craftsmen of their tools. Slavery for debt was common during Classical Antiquity and is still existing in South Asia and other part of the world.

Women’s struggles against microcredit in Morocco, Bangladesh and Sri Lanka.

Students’ struggles against student debt in the U.S., Chile, Canada, Japan and in the UK.

Household struggles against abusive mortgages and house seizures in Spain, the U.S., Greece and in Ireland.s of loans and repayment that make the latter impossible. This results in seizure (of housing, land, working tools) and/or in the need to consign long years or indeed decades to repaying debts.

The system of illegitimate debt is also used by the capitalist system to subject public policies to the demands of Capital. While public debt could be used to finance an ambitious programme of ecological transition and social justice… it is actually used to enforce anti-social, extractivist and productivist policies, policies that increase competition between peoples.

Public debt is not bad in itself. Governments can contract loans to finance the ecological transition:

To finance the complete shutdown of nuclear plants.

To replace fossil energies with renewable energies which respect the environment.

To drastically reduce road and air transport and replace them with collective transport by rail.

Public borrowing can thus be legitimate if it is used to finance legitimate projects and if those who contribute act in a legitimate way.

The CADTM believes that big companies and the richer households should contribute to non profit-making government loans, i.e. with zero interest rate and without compensation against inflation.

This mechanism would be highly legitimate as it would finance projects which are useful for society while reducing the wealth of the richest and simultaneously increasing the poorer classes’ revenues.

The opposite happens: governments and local authorities mostly borrow to finance illegitimate policies such as:

Public debt is thus used to finance illegitimate expenses. The way repayment of the debt is financed is illegitimate too: big companies and the richer households pay little or no taxes. Those on limited incomes have to tighten their belts to repay the debt. In the name of debt repayment, the state implements budget cuts in the social services, thus impacting the poor. Private banks grant loans to governments at profitable rates for themselves while they borrow at a very low rate from the central bank as is the case in the Eurozone or in Japan.

We can draw a straightforward conclusion: it is time to end the system of illegitimate public and private debt.

The CADTM is radically committed to fighting at local and international level with social movements and citizens toward the repudiation of illegitimate debts, whether public or private.

If public authorities with popular support wish to get involved, the CADTM is available and ready to help, for instance in the organization of citizens’ audits, as happened in Ecuador in 2007-2008, Paraguay in 2008 and Greece in 2015.