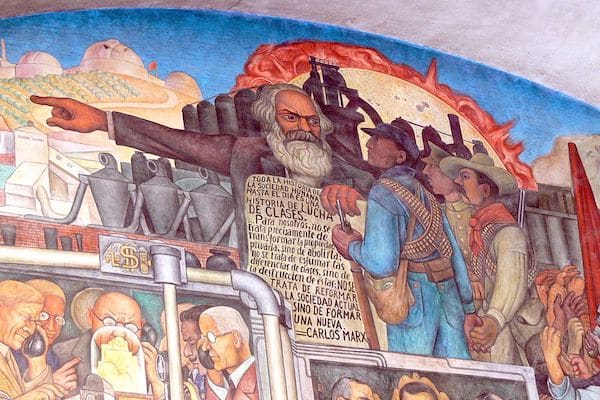 The Algerian journalist Mohsen Abdelmoumen interviewed Mike Davis recently. This is a fascinating interview that ranges from the question of Marxism today to the politics of Middle East to the necessity of socialism. I highly recommend it. Mike Davis is an American Marxist who has published some very important books: Prisoners of the American Dream (1986), City of Quartz (1990), Late Victorian Holocausts (2001), Planet of Slums (2006) and Buda’s Wagon: A Brief History of the Car Bomb (2007). He is an editor of New Left Review. His essay in New Left Review on the U.S. election of Trump is worth reading. Thanks to Mohsen for giving me permission to repost the interview. I have cut one question—about the U.S. labour movement—but left the others intact. —Vijay Prashad

Mohsen Abdelmoumen: You call yourself an ‘old school socialist’. Can you tell us why? 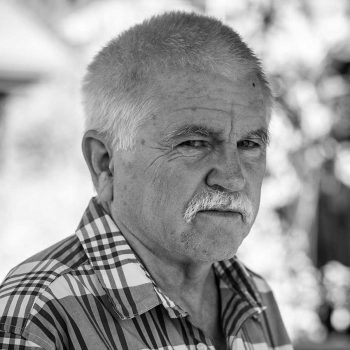 Mike Davis: Hm, ‘old school Socialist.’ I suppose I’m making three claims. First, socialism—the belief that the earth belongs to labour—is my moral being. In fact, it is my religion, the values that anchor the commitments that define my life. Second, ‘old school’ implies putting in work year after year for the good cause. In academia one runs across people who call themselves Marxists and go to lots of conferences but hardly ever march on a picket line, go to a union meeting, throw a brick or simply help wash the dishes after a benefit. What’s even worse they deign to teach us the ‘real Marx’ but lack the old Moor’s fundamental respect for individual working people and his readiness to become a poor outlaw on their behalf. Finally, plain ‘socialist’ expresses identification with the broad movement and the dream rather than with a particular program or camp. I have strong, if idiosyncratic opinions on all the traditional issues—for example, the necessity of an organization of organizers (call it Leninism, if you want) but also the evils of bureaucracy and permanent leaderships (call it anarchism if you wish)—but I try to remind myself that such positions need to be constantly reassessed and calibrated to the conjuncture. One is always negotiating the slippery dialectic between individual reason, which must be intransigently self-critical, and the fact that one needs to part of a movement or a radical collective in order, as Sartre put it, to ‘be in history’. Moral dilemmas and hard choices come with the turf and they cannot be evaded with ‘correct lines’.

Abdelmoumen: You’re very interesting and very rich book Late Victorian Holocaust: El Niño Famines and the Making of the Third World shows us the killing of millions of people by colonialism and capitalism during among others the famines of El Niño in the second half of the 19th century. This historical story makes the disastrous assessment of capitalism and colonialism across the world. Don’t you think that there is a similarity between what you describe in your book and the current imperialist wars, such as the extermination of millions of Iraqis, Libyans, etc.? Is not the history of capitalism and colonialism a long series of criminal wars? 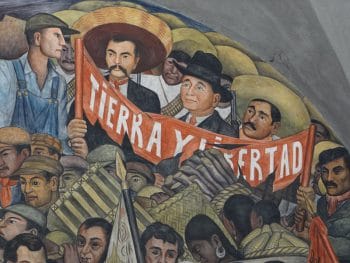 Davis: I had the privilege when younger of working side by side in various solidarity campaigns with extraordinary comrades from Turkey, Egypt, Palestine/Israel, Lebanon and especially Iran. I got to know for example, a Lebanese activist from a Maronite background who lost her eye to Israeli shellfire while rescuing PLO fighters; another young woman, Jewish and an authority on Yiddish culture, who militated side by side with her husband, a member of the Democratic Front for the Liberation of Palestine; and, of course, young Turkish communists indistinguishable other than some of their mothers spoke Turk, and others Kurdish. But most of all, the very many Iranians who for a while in the 1970s were probably the largest contingent of the left in Los Angeles. On one memorable occasion they set fire to the Shah’s sister’s mansion in Beverly Hills. I was especially close to a brilliant young physicist named Mitra. She was jailed and then executed shortly after returning to Khomeini’s Iran. So many of our other Iranian friends died as well.

I cite these memories only to emphasize that there was once a generation of lions: children of the Algerian revolution, the anti-British uprisings in Aden and Dhofar, Nasserism in its heroic period, the early PLO, and, of course, the endless battles against the local oil rentiers and their American and British patrons. At the end of the day, however, revolutionary nationalists and indigenous socialists were crushed and now their ideas and struggles have almost been erased from history. (Afghan communism, for its part, more or less committed suicide, its deadly internal conflicts leading the Kremlin to intervene with catastrophic results for all sides.)

This ‘missing Middle Eastern left’ has conditioned everything that has followed: the Saudis’s one-hundred-billion-dollar crusade to implant Wahhabite intolerance throughout the Sunni world; the Mullahs’ replacement of secular Persian nationalism with Shiite messianism; the evolution of Israel into a corrupt, theocratic Sparta; the oppression of Shias and south Asians in the Gulf states; the bloody overthrow of a democratically-elected Muslim Brotherhood government in Egypt; and the transformation of a vibrant, populist Islamicism in Turkey into a cheering section for the neo-Ottoman autocracy of Erdogan. As always, the victims are the trade unions, the remnant leftists, the Palestinians, the Kurds, the local religious minorities, and increasingly the ecumenical Sufis. Imperialism has incited a religious civil war within the House of Islam.

Of course, this is barely scratches the surface of a complex crisis that includes the concentration of energy wealth in the hands of absolute monarchs and their billionaire cousins; a structural unemployment crisis, especially for secondary and college graduates, that exceeds the 1930s in Europe and North America; and collapse of irrigated agriculture in much of the region as farmers fight climate change without no help from governments. As a result, the countrysides are forced to flee to the cities (or rather their slum peripheries) and then the Americans (or the Israelis) bomb those cities into blood-stained rubble. Gaza, Tyre, Beirut, Aleppo, Mosul, Ramadi, and Falluja, not to mention the Afghan countryside where tens of thousands have died under bombardment by B52s and killer drones.

If we in the U.S. anti-war movement were justified to characterize the bombing of Indochina as genocide, is this not the same thing, a half century later? My deep shame is that so few of us in the aggressor nation have lifted a finger against the slaughter and endless ‘war on terrorism’ that justifies these holocausts. In my mind, it does not matter, at least from the standpoint of universal morality, whether or not those being bombed carry a Koran or a Red Book or simply their child’s photograph under their robes. We have the same obligation to resist imperialism and embrace those elements of labour and the left that continue—in Cairo, Istanbul, Rojava, Casablanca and so on -to keep the dream of a socialist Middle East alive. It’s especially important to push the Sanders’ camp toward anti-imperialist and anti-Zionist positions. A simple slogan: U.S. out, now and forever.

Abdelmoumen: At the moment when the champions of capitalism praise its benefits, do not you think that the capitalist system is outdated and that it is time to get rid of it definitively? 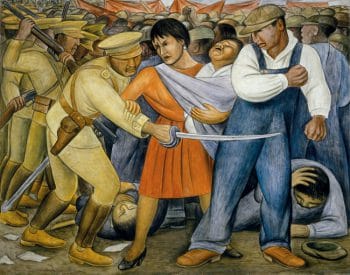 Davis: I think most people, leftists included, assume that Marx and Engels had some detailed model of what a socialist society would look like. They didn’t and in fact wrote very little on the subject. Quite scientifically, they believed that the outlines of such a society would emerge only in the course of the struggle against capital. When events in their lifetimes illuminated some of the principles of post-capitalist society—as for example, the movement for a shorter working day, the emergence of producer cooperatives, and the participatory democracy of the Paris Commune—they were quick to draw appropriate lessons but not to impose schemas.

On two crucial issues, however, Marx was absolutely clear. First, that goal of socialism was the transformation of surplus labour into equally distributed free time for everyone. ‘The measure of wealth’, he wrote in Capital, ‘is then not any longer, in any way, labour time, but rather disposable time’. Such a society would become possible when the creation of real wealth came to depend less on the amount of labour time involved in production than upon the ‘the general state of science and on the progress of technology’.

Secondly, Marx clearly foresaw that the full-scale development of science as the primary productive power could either liberate humanity or doom it. If the workers’ movement, in other words, failed to achieve the power necessary to make science and automation serve human needs, would use these productive forces to undermine the conditions for human survival.

We need only look around us to see that the global market no longer creates jobs, but on a vast scale, unemployment and marginalization. Urbanization accelerates but without social provision of housing, healthcare or sanitary infrastructure. The infrastructure of totalitarianism—that is to say, of the digitalization of surveillance, incarceration and war—is constantly revolutionized but billions lack antibiotics, clean water or toilets. ‘Green capitalism’ is highly advertised but the global carbon footprint grows relentlessly. In short, we stand at the verge of a civilizational catastrophe and retrogression comparable to the Black Death of the 13th century or the Columbian genocide of the 16th century. In the wealthier countries right-wing populism growing in fertile soil of economic insecurity and deindustrialization turns its wrath on immigrants and the global poor.

A ‘triage’ of humanity is in progress and in such times one must take a stand for the species not for the nation, for the necessary not for the immediately realistic. The key question is not the growing inequality of wealth and income as the Occupy movements maintain, but the privatization of economic power that ensures such inequalities. Future survival for the majority of the world’s population requires that the economic surpluses generated by the information revolution and globalization are invested wisely in rebuilding our living environments and equalizing a high quality of living (which is not the same as rampant consumption). How to democratize economic power? Socialists may not yet have found the path, but they are the only ones urgently looking.