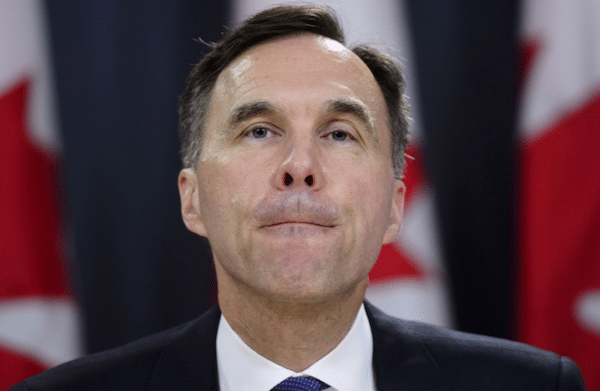 CANADA’S federal government said today it is buying a controversial pipeline from the Alberta oil sands to the Pacific coast to ensure it gets built.

The Trans Mountain pipeline expansion would triple the capacity of an existing pipeline to ship oil extracted from the highly toxic oil sands in Alberta across the snow-capped peaks of the Canadian Rockies.

It would end at a terminal outside Vancouver, resulting in a seven-fold increase in the number of tankers in an environmentally sensitive area.

The pipeline extension, which would trash Canada’s stated commitments to work to prevent catastrophic climate change, has provoked widespread opposition.

Kinder Morgan halted essential spending on the project earlier and said it would cancel it altogether if the national and provincial governments could not guarantee it.

Finance Minister Bill Morneau said the pipeline must and will be built.

“Make no mistake, this is an investment in Canada’s future,” Morneau said, even though climate scientists have been saying for years that nearly all known oil reserves must stay in the ground.

Canada has the world’s third largest oil reserves, but 99 per cent of its exports now go to refiners in the US, where limits on pipeline and refinery capacity mean Canadian oil sells at a discount.

The new pipeline would allow for higher sales to Asia.

Vancouver Mayor Gregor Robertson calls the pipeline an “unacceptable risk” that threatens 10,000 jobs in the harbour.

The Trans Mountain expansion is projected to nearly treble pipeline flow to 890,000 barrels of oil per day.