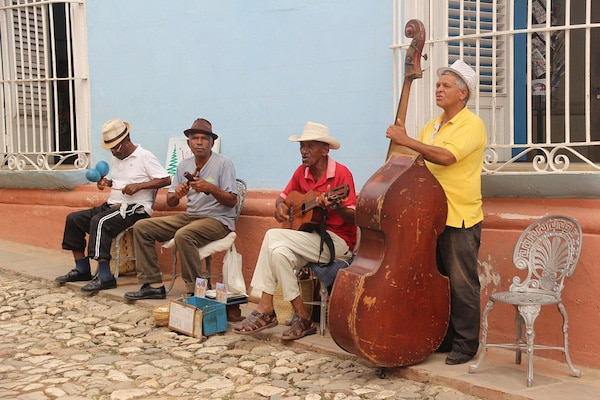 Much analysis of modern music focuses on lyrical content, but how can we understand modern musical forms? What relation do they have to the capitalist world in which they’ve developed? To answer these questions Kate Bradley interviewed Mark Abel, author of Groove: An Aesthetic of Measured Time.

Is it fair to say that Groove is a defence of popular music from a Marxist perspective? Could you summarise your argument in brief?

It is a defence of popular music, but in the first place it is an attempt to explain why the music of our time sounds the way it does. In studying music, I hold to the Marxist principle that cultural phenomena are shaped by the material practices of the society that produces them. Culture also tends to get naturalised so that it seems to most people that things couldn’t be any other way. In the case of music, what I call ‘groove music’ is so ubiquitous that we are tempted to think that it’s just the way that music is, but it’s important to have a historical picture which can show that groove arises in music around the beginning of the twentieth century, initially in America. In turn, it represents an intensification of an aspect of music–meter–which dates from only a few hundred years before that.

What is your definition of ‘groove music’?

‘Groove’ is a word used by musicians to describe the way that the different layers of music, the various instruments and voices, lock together to produce a tight overall rhythmic feel. Although all musical ensembles need to be coordinated in time, I argue that groove is unique to the popular music of the twentieth (and twenty-first) century and is not a feature of ‘classical’ music or folk or traditional musics. My analysis of groove identifies four characteristics: strict metronomic timing; a highly structured meter; backbeat–an emphasis on the off-beats of the meter; and syncopation. Other musics might display one or two of these, but not consistently all four.

Your argument seems to hinge on how different people experience time, especially people of different classes and historical periods. Why do you think time is crucial to understanding music?

Time is an obvious place to start for a materialist understanding of music because time is a feature of both social life and music. I think it is reasonable to assume that there is a close connection between musical time and social time, and that the way that a society organises the lived experience of time finds its expression in the language of music. Historically, we can see this happening as the temporal structures of music (how rhythm is organised) change as a result of developments in society.

So, the emergence of meter–represented by the time-signature in Western notation–can be traced to the urbanisation of European society, as the rhythms of daily life begin to be organised less around the natural phenomena of sunrise and sunset varying with the seasons, and become governed instead by the measured time of the newly invented clock. I identify the intensification of this into ‘groove’ with the penetration of measured time still further into people’s lives with monopoly capitalism, as clock time became standardised across the world, and as workers were increasingly subjected to the discipline of clocking on and off and time and motion studies. Underlying this is Marx’s insight that value in a capitalist economy is determined by abstract labour time. Abstract time is at the heart of social reproduction under capitalism and I describe groove as an “aesthetic of measured time”.

You criticise thinkers like Theodor Adorno for their retreat from the experience of time that most people have, and you suggest that the most dialectical approach to understanding music actually embraces ‘reified’ or ‘abstract’ time–the conception of time used by capitalists to measure and exploit workers’ labour. How does this work? How can listening to or making popular music help to fight back against capitalism?

It’s important to note that I am heavily influenced by Adorno’s materialist approach to music. From him I take the powerful idea that music’s meaning is found in the way that society’s material processes become embedded in the very language and form of music. But Adorno hears only alienation in the rhythm of the popular music of his day, and advocates instead modernist composers who avoided any sense of meter or rhythmic regularity in their music. This is part of a general intellectual revolt in the early twentieth century against the stultifying effects of industrial capitalism and its cult of abstract time on society, but simply turning one’s back on measured time is not a realistic option for most people.

This is where a class differentiation enters the analysis. It is striking that both groove music based on measured time and modernist trends which reject it emerge at the same historical moment. Modernism is the preserve of a section of society’s cultural elite (albeit a radical one) while groove comes from below, circulating amongst workers and ordinary people. Making use of abstract capitalist time has a parallel in the organised working class movement. The first proletarians tried to refuse the tyranny of the clock by being late and skiving. By the late nineteenth century trade unionists had learned that the only way to make gains was to fight the bosses on their own terrain–accepting the discipline of measured time, but using it to fight for a shorter working day.

I don’t suggest that listening or making groove music helps the fightback against capitalism. Nor do I say that groove music is proletarian music. Art doesn’t match up neatly to class interests. But I do defend groove music against high-brow criticism as a valid aesthetic response to the experience of capitalist society.

Marxist critics of pop music have pointed to capitalist control of the music industry–say, ‘manufactured’ pop like the music made by Justin Bieber or X Factor winners–and have said that it is used to distract people, to exploit musicians to make more money for their bosses. What do you think of this argument? It is possible that some groove music is just the sound of capitalism?

That is certainly arguable and is essentially Adorno’s position–that groove music is simply the music of capitalism and we should reject it. But this relies on a view of culture as a tool wielded by the capitalist class. I think we need a more dialectical conception. In the first place, as I have explained, the music of our society cannot, in one sense, be anything other than the music of capitalism. That is central to a materialist understanding of art and culture. But in incorporating and manipulating the nature of time in our society, groove music does not merely reinforce capitalism. Musicians are taking an aspect of society and treating it aesthetically. Abstract measured time becomes the object of free play rather than utility. I believe we are attracted to it because we sense that through music we have taken control–albeit temporarily–of an aspect of our existence which normally dominates us. An oppressive aspect of the world becomes a means of artistic expression.

It is true that not all groove music does this successfully, and that much popular music is churned out purely to fill the catalogues of Spotify and Apple Music. But nonetheless it’s important to recognise the degree of autonomy involved in the best of it.

In Groove, you criticise the term ‘black music’ and suggest that ‘groove’ music is not African in descent. Why? Is there no case that some music–for example, grime or hip-hop–might only be possible due to a uniquely ‘black Atlantic’ experience (as Paul Gilroy has argued) that has happened because of the conditions of colonialism and racism experienced by people of colour?

There is no doubt that black Americans have played a huge role in the development of groove music and that it is an important part of black culture. Because of this, many people have argued that the rhythmic quality I describe as groove is African in origin. I don’t think this is true. In the first place, groove as I define it is not simply a feature of those genres of popular music commonly thought of as ‘black music’. In any case, the concept of ‘black music’ is problematic. At the level of musical language, it’s not really possible to talk about different music corresponding to different social groups except in the most conditional and contingent way.

But secondly, groove is not a feature of traditional African musics. Today, globalisation means that African urban popular musics have adopted the groove principle, but the traditional music of Africa is not organised on metrical lines. The notion of on- and off-beats on which both backbeat and syncopation rely is absent, making this music more akin in its temporal organisation to European music before the development of meter.

A range of different musical cultures, both African and European, came together to synthesise Western popular music in America. But it is my argument that its central distinguishing feature–groove–was new and was shaped by monopoly capitalism.

Which is more important for assessing the value and politics of music–how it was produced, its aesthetics, or the contexts in which it is received?

While it’s obvious that people’s feelings about music are shaped by the conditions under which it is experienced, I think it’s important to oppose the view, common among postmodernists, that the listener can freely determine the meaning they take from music. As a Marxist musicologist (for want of a better term) my focus is to try to understand how musical meaning is encoded in the language of music.

But it’s also not a coincidence that groove music emerges with a new, more collective way of creating music, one based on improvisation, or ‘jamming’. This is completely different from both the classical model where the composer sets out the entire piece in advance, and the folk model in which traditional tunes are handed down. Although my definition of groove doesn’t depend on it, I think there is something special about a group of individuals coming together to create a groove, something that is lacking, for instance, in music created by a single person using the tool which is the epitome of measured time–the computer.

What are your favourite kinds of music, and do you think this reflects the value system implied in Groove?

I got interested in this area when, as a musician, I realised that the rhythmic skills and mind-set I needed to play funk, soca and r&b were of a different order from the classical training that I had received. Ever since, I have been attracted to music that isn’t just groove music, but puts groove centre-stage. I’m fascinated by salsa and Cuban-derived music and also have a soft-spot for reggae and dub. And it seems to me that jazz is the arena which provides the greatest opportunities for the generation of collectively improvised grooves.

There’s a line from Debord’s Society of the Spectacle which I quote in the book in which he describes a liberated society as one based on the free play of “autonomous yet federated times”. It seems to me to sum up the politics of improvised grooves perfectly.