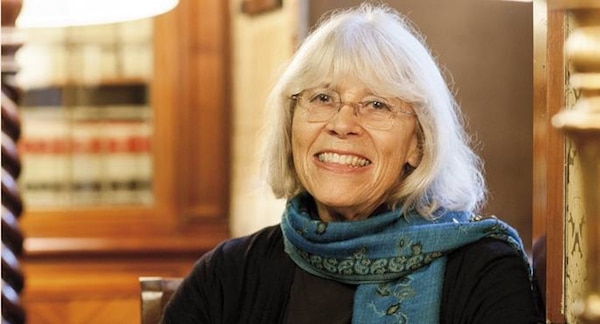 Recalling the context in which it emerged

2. Chávez chose the latter option. In naming it, he decided to resuscitate the word socialism, despite the negative connotations it had due to the past. But he specified that this was a 21st century socialism to differentiate it from the Soviet socialism of the 20th century. He warned that we must not “fall into the errors of the past”; into “Stalinist deviations” that bureaucratized the party and ended up eliminating popular protagonism; into state capitalism that focused on state ownership and not on the participation of workers in the running of companies.

3. Chávez viewed socialism as an economic system that had human beings, not profits, at its heart; one based on a pluralist and anti-consumerist culture in which being took primacy over owning. This was a socialism based on genuine and deep democracy, where the people assumed a protagonistic role. This is one element that differentiates it from other democratic socialist proposals. For him, people’s participation in all spheres was what could allow people to win confidence in themselves and develop as humans.

4. Following this brief introduction, I want to analyze the challenges on the horizon. The recent election results make it clear that although Nicolás Maduro won by a wide margin on May 20, there exists a significant majority made up of those who voted for the opposition and those who did not vote in these elections. The snapshot of the correlation of forces that the elections present us cannot be ignored. Interpreting this data in the most objective manner possible is fundamental. There is no doubt that there are conflicting interests between different sections of the Venezuelan capitalist class. The opposition is not a homogenous bloc. It contains within it enormous internal contradictions. There is a section of the opposition that, rather than worrying about resolving the problems of the country, is focused on overthrowing the government through any means at its disposal, in particular economic strangulation. They are aided by corrupt sectors in the importing state bureaucracy that pass themselves off as Chavista. It is impossible to reach any agreement with these sectors. But there are other sectors—those that are willing to put the interests of the country first—with which it is possible to reach agreements, if a correct tactic is applied. Maduro has understood this.

5. We should be skillful enough to exploit these contradictions and carry out a process of coherent dialogue, calling on those who oppose Maduro to seek solutions for the country. We should avoid verbal attacks that do not help in creating a minimum level of trust, one of the fundamental conditions for maintaining constructive dialogue.

6. In relation to this issue, I want to extensively quote Pope Francis. Let us look at some of the things he said in his visit to Paraguay in 2015:

[Dialogue cannot be a] theatrical dialogue in which we pretend to dialogue [and only listen to ourselves].

…Dialogue presupposes and demands that we seek a culture of coming together…that recognizes that diversity is not only good, but necessary… Which means that the starting point cannot be: I am going to dialogue but they are wrong. No, no, we cannot presume that the other is wrong. I will bring my ideas and listen to what the other has to say, allow the other to enrich me, allow the other to make me realize I am wrong, and also look at things that I can give to the other. It is a back and forth, back and forth, but with an open heart. If we just presume that the other is wrong, it is better to go home and not attempt dialogue.

…Dialogue is not a negotiation. One negotiates to carve out one’s own share…If this is your intention, then don’t waste your time. The aim is to seek the best outcome for everyone. Discuss together, and come up with a better solution for everyone.

…By trying to understand the reasoning of others, by trying to listen to their experience, their dreams, we can see that in large part we share the same aspirations.

7. Another challenge that must be tackled is coming up with a broad platform of struggle to confront the current crisis. I do not think that this can be a radical platform, because the Bolivarian process today is not strong enough to propose very profound changes. In these conditions, we cannot pretend to launch a successful offensive, which is not to say that we cannot advance in terms of state companies and communes along the lines Chávez proposed.

Explaining difficulties to the people

8. Another challenge we confront is being capable of explaining to the people the difficulties that the country faces. There are those who think we do not have to tell the people the problems that exist because this can be disheartening. I believe the complete opposite: I am convinced that our peoples are sufficiently intelligent to understand and tighten their belts when necessary, if we are capable of clearly explaining to them the origins of the existing crisis, and honestly recognizing that the right is making use of the weaknesses and errors of Chavismo. Of course, this must be accompanied by the example of top leaders in the government and party: if they are asking the people to be austere, they should lead by example.

What we did wrong and what we learned along the way

9. Lastly, just as no one can blame a recipe when a cake is burnt because the oven was too hot, no one can argue that the current difficulties Venezuela is passing through prove that the 21st century socialist project proposed by Chávez is unviable. What we need to seriously analyze is what we did wrong and what we have learnt along the way that we should not repeat. Many of these errors are understandable given that there are no pre-existing models that can indicate the path to follow. That is why we can say that many of the errors have been necessary. As Simón Bolívar’s teacher, Simón Rodríguez, said: we have to “invent in order to not err”.

Form a cordon in defense of the Bolivarian revolutionary process

10. Venezuela kicked off the cycle of changes in Latin America. It was the rebirth of hope and of a form of governing focused on resolving the problems of the most underprivileged, understanding that the problem of poverty could only be resolved by giving power to the poor. It was the incarnation of solidarity with the fraternal peoples of the region who faced economic difficulties. Today, this country, which is suffering more than others from the impacts of the world crisis of capitalism and the economic war waged against it, and which is the focal point of aggression for reactionary forces around the world, deserves all our solidarity. Let us repay its noble and incredibly broad generosity with the poorest nations and peoples of the region and world by forming, together with all those who support the process, a cordon in defense of the Bolivarian revolutionary process.

11. To finish, I believe that we can be optimistic. Without doubt, Chávez’s legacy has marked his people and allowed them to mature, something I saw with my own eyes during the years that I lived in the country, and something that can be seen in the high vote obtained by Maduro in the recent elections. I believe that all these people, those who were given the opportunity to study, to think, to participate, to build, to decide—and that grew enormously in terms of self-confidence and human development—will defend the process. I have always said that the Venezuelan revolution should be measured less in terms of the transformational measures adopted—which are many—and more in terms of the growth of a revolutionary subject. This was Chávez’s achievement.

12. The process has committed errors and has many weaknesses—ones that I pointed out with a lot of pain at the time—but what he achieved with his people is something that no one will be able to ever erase!