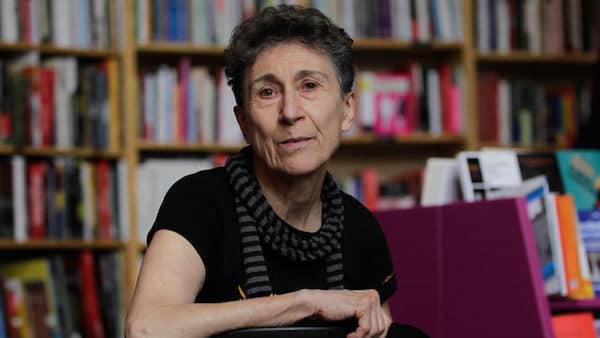 While a rich and engaging tradition of feminist approaches to international law has emerged over the past few decades, it has shown a marked tendency to sideline the long and multifaceted tradition of feminist historical-materialist thought. Similarly, within both traditional and new materialist approaches to international law, there has been a conspicuous sidelining of gender and feminism, along with issues of race and ethnicity. The argument for historical materialism in the context of international legal studies is not, as some critics have claimed, that women’s oppression ought to be reduced to class. Rather, the argument is that women’s experiences only make sense in the explanatory context of the dynamics of particular modes of production. However, this requires an adequate theory of social relations, particularly of social production, reproduction, and oppression, in order to sustain a materialist analysis that “make[s] visible the various, overlapping forms of subjugation of women’s lives”.(1)

It is my contention that Federici’s social-reproductive and intersectional theory of capitalism provides a path toward a more nuanced and sustained critique of the logic and structure of capitalism within the international legal field. This approach foregrounds the social–that is, social structures, relations, and practices. But it does not reduce all social structures, relations, and practices to capitalism. Nor does it depict the social order as a seamless, monolithic entity. Moving beyond traditional class-reductionist variants of historical materialism, capitalism emerges here as one part of a complex and multifaceted system of domination in which patriarchy, racism, and imperialism are fundamental, constitutive elements, which interact in unpredictable and contradictory ways.

As Federici’s scholarship has stressed, the importance of foregrounding social reproduction as part of the dynamic of capitalist accumulation, as facilitated by states and international institutions, is essential to any materialist analysis, including one of the international legal field. This is necessary for exploring women’s specific forms of oppression under capitalism, particularly as they are facilitated by the family and the state. For example, Federici’s insights into the domain of unpaid social reproduction and care work are useful for understanding women’s subordinated incorporation into labour markets, especially in the global South and in states affected by structural adjustment. Indeed, while the state largely facilitates women’s entry into the workforce, their categorization as “secondary” workers–“naturally” suited to care work and the fulfillment of physical and emotional needs, and “naturally” dependent upon men–has continually been reproduced to the detriment of their labour situation.(2)

While Federici’s social reproduction theory begins with women’s work in the home, she demonstrates that capitalism’s structural dependence upon unwaged and reproductive labour extends to regimes of domination predicated upon social control on the global plane (from slavery through the exploitation of immigrant workers to the genocide of indigenous peoples). In her account of primitive accumulation, power relations sustained through the construction of categories of gender, race, sex, and sexuality facilitate the creation of subjects predicated upon capitalism’s systemic needs. While the heterosexual family unit is one of the more visible ways in which this domination is socially reproduced, the relationship, Federici argues, is reproduced in many settings. The transformations of the neoliberal era–particularly the global reorganization of work fueled by the drive to impose the commodity form in ways that seek to harness and exploit labour in its unpaid and low-paid dimensions–are characteristic of this dynamic. Federici has also emphasized the fact that domestic workers and service providers have consistently been devalued as workers.(3) In doing so, she highlights one of the rhetorical gaps in the contemporary feminist movement: when women enter the waged work-force, they often enter into an exploitative relationship with other women (and men) with less social power. It is the latter’s labour, bodies, and time that provide the means for access to better conditions within the labour market.

This relation of exploitation is also prevalent in neocolonial forms of exploitation–called “the new enclosures” by Federici–which ensure that the affluent North benefits from social and economic conditions prevailing in the global South (for example, through transnational corporations’ access to cheap land, mineral, and labour resources). Capitalism, Federici argues, depends not only on unwaged housework, but on a global strategy of underdevelopment in the global South, one that relies upon the stratification of and constructed division between otherwise common interests. “Wagelessness and underdevelopment”, she argues, “are essential elements of capitalist planning nationally and internationally. They are powerful means to make … us believe that our interests are different and contradictory.”(4)

Federici’s depiction of patriarchy, the state, and capitalism as interacting forces, together with her focus on relational, overlapping regimes of domination and their attendant systems of control, points the way toward a new way of understanding intertwined techniques and discourses of power in the international legal field. Capitalism’s reliance upon multiple types of exploitation, multiple forms of dispossession, and multiple kinds of subjects is visible in broader themes of international law. It is, for instance, visible in the overlapping dynamics of control that mark the history of colonial expansion, as well as the emergence in the nineteenth century of sovereign hierarchies and various legal mechanisms that ensure patterns of dominance, expansion, and accumulation in the international sphere.

An examination of the historical and contemporary role of international law in perpetuating these dynamics of oppression prompts us to address the specific processes whereby these categories are produced and reproduced in international law. Examples include norms surrounding marriage and the family, the production of the category of the temporary worker, and the illegal immigrant whose disenfranchisement is the necessary condition of their exploitation. Much the same can be said for trade, property, taxation policy, welfare and social security provision, inheritance rights, maternity benefits, and support for childcare (or the lack thereof). In the context of the gendered dynamics of globalization, we can examine the manner in which the devaluation of female labour has been facilitated by international institutions, notably the World Bank and International Monetary Fund, and through development initiatives such as micro-finance and poverty reduction strategies. Federici has also revealed the complicity of ostensibly neutral (and neutralizing) discourses such as development, especially when pursued with the stated objective of “female empowerment”, in glossing over the systemic nature of poverty and gendered oppression. These dynamics are ultimately predicated upon law’s power to create, sustain, and reproduce certain categories.

Usefully, Federici’s relational theory of subjectivity-formation also allows us to move beyond gender and race as fixed, stable categories, encouraging a new understanding that helps us detect more surreptitious gendered tropes and imaginaries in the structure of international legal practice and argumentation. One example is the set of narratives that surround humanitarian intervention. Indeed, as Konstantina Tzouvala has suggested, one of the glaring deficiencies in the socialist feminism proposed by B. S. Chimni is the absence of an explanation of how gender, race, class, and international law form an inter-related argumentative practice.(5)

Writing some ten years after David Schweickart lamented that analytical Marxism “remains a discourse of the brotherhood”(6), Iris Marion Young noted that,

[O]ur nascent historical research coupled with our feminist intuition tells us that the labor of women occupies a central place in any system of production, that the gender division is a basic axis of social structuration in all hitherto existing social formations, and that gender hierarchy serves as a pivotal element in most systems of social domination. If traditional Marxism has no theoretical place for such hypothesis, it is not merely an inadequate theory of women’s oppression, but also an inadequate theory of social relations, relations of production, and domination.(7)

Young’s defense of a “thoroughly feminist historical materialism”(8) is as relevant today as ever. While great in-roads have been made within materialist approaches to various disciplines, including international law, the continued tendency to marginalize issues of gender (along with issues of race and sexuality) greatly undermines the soundness of such critiques. In pointing to issues of social reproduction, racism, sexual control, servitude, imperialism, and control over women’s bodies and reproductive power in her account of primitive accumulation, Silvia Federici highlights issues that must occupy a prominent place in any materialist treatment of international law.