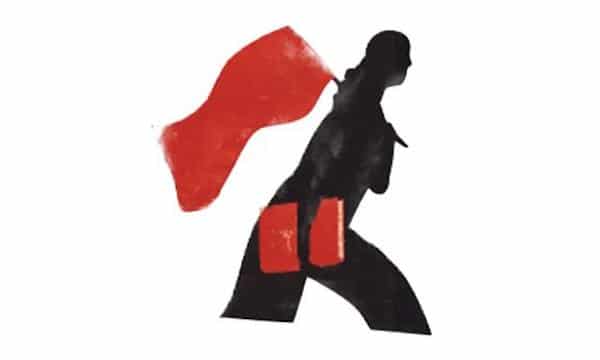 Until recently, the word “socialism” was uttered in mainstream politics only as a slur that right wing fanatics hurled at their neoliberal-centrist rivals. It seems like an eternity since former U.S. president Barack Obama and former Australian prime minister Julia Gillard were accused by crazed Republicans and Liberals of harbouring a socialist agenda.

Now, in Britain, the U.S. and Australia, “socialism” means something else; the political terrain has shifted. “Socialism” is now a moral value to which young people in particular aspire. It’s recognition that neoliberalism has failed, and that the leaderships of centre left parties are part of the problem, not part of the solution. It shows a desire for a left wing politics that brings inequality and class back to the fore.

The basic factor driving the return of socialism is the failure of world capitalism, which cannot guarantee a secure, safe, liveable future. From the 1990s onwards, we were told that capitalism was the best of all possible worlds and would rule triumphant and unchallenged. We were told that the system would provide indefinitely rising standards of living and steady employment.

But the 2008 financial crisis illuminated the truth. The disenfranchisement of working class young people, and the system’s contempt for their lives and wellbeing, were made obvious by the trillions of dollars handed out to the bankers who caused the crisis, while young people were plunged into a world of economic insecurity.

In countries where the crisis hit hard, politicians protected the perpetrators.

Since then, young people have been told to accept a world of insecure, part time work. They have found that a university education is no guarantee of a job and that housing in major cities throughout the U.S. and Europe is totally unaffordable.

Even in Australia, one of the most prosperous countries in history, and after almost three decades without a recession, inequality has increased significantly, and real wages are lower than in 2009. Yet politicians like Malcolm Turnbull seem to think that Sunday penalty rates, publicly funded universities and well-paid construction workers are the three greatest threats to the economic order.

Our government is more concerned with protecting the banks from scrutiny than lifting the living standards of workers: for months it resisted with steeliness the growing clamour for an inquiry into the corrupt banking system. No wonder that the IPSOS polls also revealed that around two-thirds of Australians don’t think the working class is “well represented” in the current system.

Fifty-eight percent of young Australians have a favourable view of socialism, and 59 percent agree that capitalism has failed, according to different polling by the Centre for Independent Studies. Those ideas are connected to specific beliefs about economic inequality: majorities think government should exercise “more control over the economy” and that “workers are worse off now than 40 years ago”.

“This is no minor problem”, concluded the study’s authors. They speculated that socialism is back because the young are ignorant. Murdoch press columnist Andrew Bolt called the findings “ominous” and suggested that the cause might be the infiltration of communist sympathisers into higher education:

Our universities are coaching a new generation of socialists.

The right wing panic merchants want to hold back the socialist tide by bringing back McCarthyism: purge leftists from the universities and indoctrinate the young with anti-socialist propaganda before it’s too late.

Inequality results from a system based on exploitation, something that the defenders of capitalism want to intensify. So, unsurprisingly, there’s a popular response to figures such as US presidential aspirant Bernie Sanders and British Labour Party leader Jeremy Corbyn when they say the system is rigged.

For a growing number of people, it is obvious that all the wealth need not be handed to big corporations; there is enough to provide everyone with a decent life, if only the riches weren’t squirreled away in offshore accounts.

It’s equally unsurprising that those at the top of society are seeking scapegoats. Around the world, migrants and racial minorities are used as political playthings by politicians: children separated from their families in the United States, and a president who once claimed that unemployment would be solved by mass deportations of Mexicans; Africans and Arabs turned back at sea in the Mediterranean; the militarisation of borders everywhere.

In Australia, politicians and think tanks are encouraging a “national conversation” about immigration, claiming–after decades of underfunding, shutting down and privatising social services–that migrants are to blame for the high cost of living and the overcrowded trains, roads and hospitals.

Capitalism’s economic disasters are fuelling a feedback loop of intensifying racist scapegoating and violence, with the Australian government one of the world leaders in inventing new ways to brutalise refugees and new lies to justify it.

Meanwhile, the world economy is driving us towards catastrophic climate change and almost nothing is being done about it. Not because we don’t know what’s happening, or why or how to fix it, but because fixing it would be too costly for the big corporations. It would require intervening directly into the economy–specifically, electricity generation and transportation–to restructure it to serve social need rather than short term profits.

The evidence is in: on climate change, on inequality, on racism. So the polls make sense. If socialism means something different and taboo according to the rulers of the current order, then who wouldn’t be for socialism?

But the polls also show that “socialism” isn’t sharply defined or well understood even by many of its supporters. For many people, socialism is just capitalism with a few modifications: higher wealth taxes, more regulation, better and free social services.

But while the core logic of competition, profit and economic exploitation remain in place, those modifications, while desirable, won’t alter the fundamental drive of the market economy towards economic, social and environmental chaos.

And as long as the capitalist system remains in place, any gains immediately come under attack from the capitalist class, which uses its economic and political power to undermine and wind back policies it finds inconvenient.

Socialism can’t be just a set of government policies. It must be a new way of organising society. The first step is establishing democratic institutions built by working class people on a mass scale. The profit motive of property owners would be replaced by the will of the majority of humanity.

Society is divided into the minority capitalist class, which makes the decisions and keeps the profits, and the majority working class, who have no say over the running of the economy.

That means our rulers can benefit from inequality, social misery and even environmental destruction. If the working class were in power, the logic would be reversed. The decision makers would be the majority, not the profit seeking minority.

A rigged system geared towards defending an economic elite would be replaced by a democratic society maximising everyone’s participation. There would be no need to deflect attention towards scapegoats such as migrants.

This is a bigger, more radical and more specific vision than the broad desire for socialism that’s reflected in the polls. But, as the struggles of the socialist movement of the past have shown, if socialism doesn’t mean working class power, then it can’t move beyond the boundaries of the capitalist system. Getting socialism will require a radical movement able to organise millions not just to vote for nicer candidates, but to build a new society for ourselves.

For many decades, that task has seemed difficult, if not impossible. But, as Karl Marx said, capitalism produces its own gravediggers. The multiple disasters of world capitalism have resulted in a new generation of young people who know they want something different from what’s been delivered.