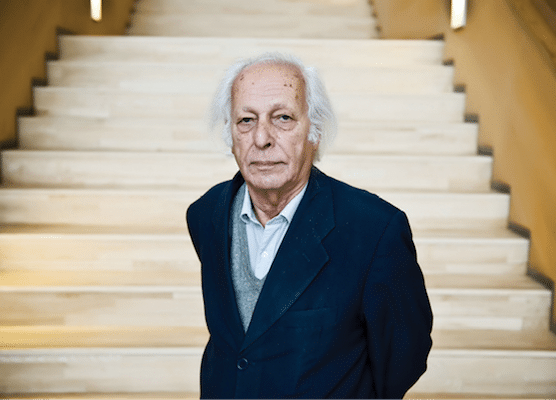 On Sunday, August 12, Samir Amin died. With him went a generation of Egyptian Marxists who came of age in the time of Nasserism and departed with the world in tatters. Amin was born in 1931 in Cairo. He was doing his PhD in Paris when Gamal Abdel Nasser and the Free Officers overthrew the British-dominated monarchy in Egypt in 1952 and directed their country towards a path of non-alignment.

Amin’s thesis—in economics—was written while he was active in the French Communist Party. In the thesis, he thought hard about the problems of his native land and other countries despoiled by the colonial menace. For Amin, as with other dependency theorists, the Third World suffered from theft, plunder as well as deindustrialisation, and then unequal exchange. The policy space for the new Third World states—Nasser’s Egypt amidst them—was narrow. Emancipation would be difficult. It would take courage to break the yoke of monopoly capitalism, to rise from the penalty of colonialism and advance towards a necessary socialist future.

Amin, like others in his generation such as India’s Ashok Mitra and Brazil’s Celso Furtado, did not go immediately into the academy. He went home to Cairo, where he worked in Nasser’s Institute for Economic Management (1957-1960) and then to Bamako (Mali), where he worked as an adviser in the Ministry of Planning (1960-1963). Amin would talk fondly of these years, of the experience he had in trying to move an agenda for the development of his country and that of other African countries. The limitations set by the powerful countries of the world—the imperialist bloc led by the U.S.—and by the system of monopoly capitalism prevented any major breakthrough for states such as Egypt and Mali. Amin’s first book, published in the 1960s, was on the experience of development undertaken by Mali, Guinea and Ghana. It warned against any facile belief in progress. The unequal system in the world generated profits for the powerful and generated poverty for the weak.

With the fall of the U.S.S.R. and the rise of the U.S. to unparalleled power, Amin wrote of the ‘empire of chaos’, of a new era that would result in great inequality, precarious labour, the destruction of agriculture and the dangers of political religion. What Amin tracked in 1992 would become clear two decades later, when he revisited these same themes in The Implosion of Contemporary Capitalism (2013). Monopoly firms had sucked the life out of the system, turning businesspeople into ‘waged servants’ and journalists into the ‘media clergy’. An unsustainable world system, with finance in dominance and people whipping from one precarious job to another, seemed to threaten the future of humanity. He surveyed the world and found no real alternative to the monopoly-dominated system that—like a vampire—sucked the blood out of the world. This did not mean that history was to drive humanity over the precipice. Other choices lay before us.

For the past 40 years, Amin was based in Dakar (Senegal), where he led the Third World Forum. Here, he looked out of his window and observed the dangers of our current world, but also its possibilities. This year is the 200th anniversary of Karl Marx’s birth. In one of his last texts, to honour Marx, Amin reflected on a line from The Communist Manifesto—that the class struggle always results “either in a revolutionary reconstitution of society at large, or in the common ruin of the contending classes”. This sentence, he wrote, ‘has been at the forefront of my thinking for a long time’. He was not interested in defeat: “The uninterrupted revolution,” he wrote,

Is still on the agenda for the periphery. Restorations in the course of the socialist transition are not irrevocable. And breaks in the imperialist front are not inconceivable in the weak links of the centre.

However bad the situation—harshness and ugliness everywhere—our struggles were unbeaten and our futures uncharted. As long as we are resisting, he would say, we are free.