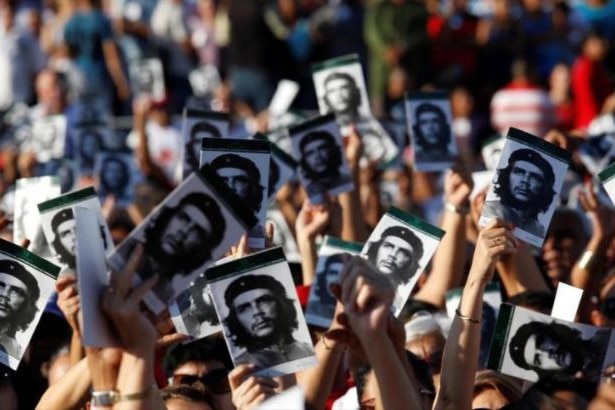 Aleida Guevara March, the daughter of Ernesto Che Guevara and Aleida March, recently traveled to Europe, where she participated in several discussion rounds explaining the popular consultations taking place in Cuba for the country’s proposed constitutional reforms. She also campaigned against the U.S.-sanctions against her country. Before returning to her work as a pediatrician at William Soler Children’s Hospital in Havana, we had the following talk with her.

Aleida, you had a meeting with the European Parliament’s United Left Group in Strasbourg. Can we expect a resolution from this parliament against the economic and financial blockade that the United States has maintained and intensified against Cuba for almost 60 years? 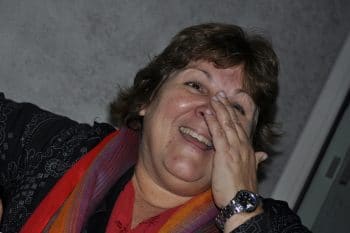 Indeed, for a while now they have started to work on the proposition of a motion that is to include a number of concrete measures. At the UN General Assembly, the European Union already voted unanimously against the U.S. blockade year-on-year for the past few years. This is due mainly to the pressure by European enterprises, because the U.S. sanctions extend to every transaction with institutions supposed to have the least link with our country, and there are enterprises that already have important stakes in the Cuban economy, such as Melia in the tourist industry.

True, it is impossible to put a figure on all the human costs incurred by the blockade. There are technologies to which we have no access, and people spend much time and effort to find alternatives. Because of the blockade, Europe refuses to sell us milk powder, and we have to buy it in New Zealand. The journey this milk powder has to take in order to arrive in Cuba not only increases its costs, but the almost insurmountable difficulties to subvert the sanctions often result in months and months of delays before it arrives where we need it. As a medical doctor I sometimes have to work with inferior products or improvise solutions because we cannot get the right medicine or we don’t receive it in time. For all Cubans, it is an every-day struggle.

The blockade exists because the United States is telling the other Latin American countries: if you act like Cuba, those will be the consequences. What happens is that we have developed far beyond the effects they expected. That is why we continue to fight the blockade, because we want the other peoples of Latin America to realize that, yes, another way of life is possible. But in order to live another way of life, we have to be the masters of what we produce. That is what the US doesn’t want to forgive us, and that’s why the blockade persists. They know that once the blockade will be finished, the Cuban revolution will grow and multiply.

At present, close to 10 million Cubans are discussing the project for a new Cuban constitution. In total, 135,000 meetings have been planned for a period of three months to discuss the 224 articles proposed by the National Assembly. It’s not the first time that the constitution will be revised after a broad popular consultation. What’s new?

After the efforts of the past two or three decades to re-dynamize the economic model and the decision-making structures, also known as the “rectification” and “actualization” programmes, it was necessary to adapt the constitution to the new realities created by these. I think we talked about these in our previous interview (cf Monthly Review January 2017). The General Assembly’s propositions contain paragraphs that can be traced back to the thinking of Marti, Fidel and Che, or, as we call them, “articolos martianos, fidelistas y guevaristas”. But the modifications discussed at present mainly cover the acknowledgment of several forms of property, including people’s property, mixed property and private property. There are provisions to limit the accumulation of private capital. The role of the market is acknowledged, but the state has put mechanisms in place in order to control that the market serves public interest. Marriage is defined as the union between two persons, and not only anymore between a man and a woman. There will also be changes in the structures of the state and its decision-making processes. For instance, municipal autonomy will be improved in order to respond more efficiently to the needs of communities and reinforce citizen’s participation.

The rectification and actualization campaigns have changed the management structures of the state and the economy. Close to half a million jobs have been privatized. What has been the impact on the agricultural sector?

My eldest daughter is an economist and works in agricultural research, so I have the chance to be pretty well informed on the subject. What we try to do by any means is to increase productivity. A policy of better remuneration for agricultural products has been put in place. We are not only investing in the development of harvesting technologies, but also in processing technologies. For instance, we have a lot of mangoes, so there’s a lot of scope for canned mangoes, mango compote etc. We are aspiring at self-sufficiency for basic foodstuffs, so we are stimulating sustainable agriculture, biotechnologies and urban agriculture. In order to preserve the land, we practice crop rotation and use crops that help protect other crops, without using manure or pesticides. For the planting of rice, for instance, we are using a small fish that lives on bacteria and parasites that could affect rice crops. Overall, we aim at organic components in order to benefit products that are as healthy as possible.

Your father’s intellectual legacy is in the care of the Centro de Estudios Che Guevara, directed by your mother. For the past twenty years or so, the center has been instrumental in the publication of Che’s writings and texts related to the history of the struggles in which he participated. Can you say something about the center’s present state of affairs?

The Centro is still being managed by my mother, although she would like me to take over. My brother and I are helping her, but I don’t want to take on that responsibility now because I have too much to do as a pediatrician. In any case my mother is still very active, an amazingly sharp person, and, for her age, which I am not allowed to divulge (laughs), also astonishingly strong and rapid. Since 2014, the archives of the center have been included in Unesco’s Memory of the World Register. Together with publishers such as Ocean Sur and Ocean Press we have published close to 20 titles, and more books are in preparation. For the future, we try to focus on the influence of Che’s ideas in various fields. In June this year, on Che’s 90th anniversary, we organized a conference with students at the University of Santa Clara, to discuss the current relevance of Che’s thoughts. The conference’s findings may serve as a kind of introduction to studies already in preparation on the subject.

You are traveling quite a bit in capitalist countries. When you are in Europe, for instance, what shocks you most?

Oh there’s a whole list. One of the things that strike me most is to see how “Old Europe” is busy destroying, one by one, practically all its achievements acquired during centuries of struggles. The gaping loss of security at work, the privatization of the education and health sectors, the reduction of allowances and pensions, and people hardly react! All those things concern the future of society. For people to be free, they need culture, education, so that nobody can be manipulated and used by others thinking instead of them. Society needs men and women in good health, so health is a non-negotiable human right. Those are matters that are shocking me a lot, because I don’t see much reaction on the part of the people for the defense of their rights. It’s incomprehensible because the peoples of Europe have ancestral cultures, cultures of struggle, a culture of resistance, it was in this continent that, next to the most awful, the most beautiful experiences of humanity emerged. And what is left of these?

There are two things I will never accept, colonialism and racism. What many people do not realize, is that Europe’s wealth is built on five centuries of exploitation of third world peoples, and that there is something like a historical obligation of reparation, of solidarity at least. At one point or another in time, all peoples have been migrants. If one wants to slow down the present migration movements to Europe, all it takes would be to stop the war in Syria, to stop the support of terrorists, to create jobs within the migratory zones. But a majority of people cannot or doesn’t want to make the connection.

There are things that keep surprising me. The international press, television, is such a venom. When I come to Europe, I have to smile when they talk to me about freedom of expression, about freedom in general. I ask myself “what freedom” when, as soon as I switch on the television, I am being told what clothes to buy, what car to choose, what food to eat, what nonsense to consume. People are treated like animals in a slaughterhouse, permanently shelled by stupid propaganda. Thus, people don’t even see anymore what is happening around them. Hardly worried about anything but to consume and live a bit better, not seeing that all that depends of the exploitation, to this day, of millions of human beings. So when I arrive here and they start talking about freedom and democracy, I have to smile. Time ago, it annoyed me. Now, I can laugh about it, but often I ask myself, when will people realize that being free means having access to education and to the kind of information that allows people to react. So, a lot remains to be done. I think that, nevertheless, people always have a part of goodness, of sensibility, and that it is up to us to learn and touch this sensibility.

Ever since I was a kid, I have learned some very basic concepts. I cannot live without revolution. For instance, I have been proposed a job as a pediatrician outside of Cuba, but I have said that that would not be useful, because the aim of my way of working is that patients don’t have to come back to me all the time. My way of working is to stabilize them. I have been taught that medicine cannot be a commerce, it must be a human right. I have been taught to say what I think and to defend my principles, wherever I am, wherever it may be. I cannot live another way. One day, someone asked me: “doctor, if you had to put things into balance, what would you put first, the revolution or your daughters?” And I replied: the revolution, because I want my daughters to grow up with the same dignity with which I grew up. One always has to pay attention to ideology, because we live in a world in which we are continually being bombarded with loads of obscenities. And I always say, I’m a communist, I don’t take no shit, you understand? If I’m a communist, I’m not so stupid. I also want happiness, good things, but for all. I cannot benefit from something if I know that my colleagues aren’t benefiting as well, I can’t. We have to share and we have to grow, of course, but without losing the ideals with which we have grown as human beings.