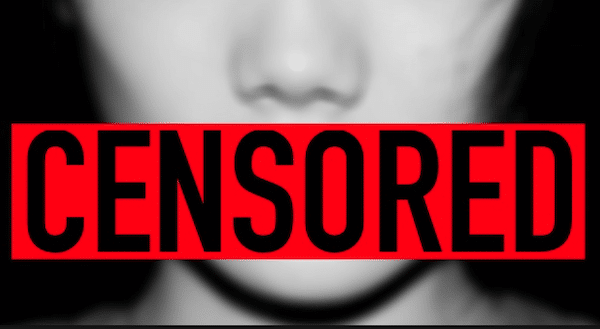 At TruePublica, we have continually warned that in Britain the government is becoming ever more authoritarian with its underhand attack on civil liberty and human rights. We have warned about the illegality of mass surveillance and state intrusion into the privacy of every citizen. We have warned about sweeping new police powers, the use of secret courts and new laws designed to protect the state and corporations from the scrutiny and criticisms of the people and we have warned that democracy in Britain is being eroded in favour of a political elite whose power they want entrenched. This is demonstrated no better than recent events in a meeting held in Australia of new state censorship rules.

A key meeting of cabinet members from the U.S.-led Five Eyes (UK, U.S., Aus, Can, NZ) global spying network was held in Australia in late August, which went totally unreported by the mainstream media, mainly because Britain’s representative used the cloak of Brexit to disguise it, ironically via social media.

On the agenda, these ‘Five-Eyes’ officials castigated the major tech transnationals for not meeting with them.  An accompanying “Joint Statement on Countering the Illicit Use of Online Spaces” demanded that these internet corporations toe the line and clamp down on social media and algorithms producing results, not in the state interest.

Threats were issued in their absence. Unless the tech companies cooperate, the five governments will now work together to force companies to allow law enforcement agencies to access private user data. “We may pursue technological, enforcement, legislative or other measures to achieve lawful access solutions.”

We already know that these governments are collaborating with social media and search engine companies to implement massive restrictions on internet access. But this is where the state and these particular corporations start to clash.

An attack on encryption by the state is coming. In Britain, open threats have already been issued by the government. At the meeting, a statement on combatting “ubiquitous encryption” declared the necessity to crack open “end-to-end encryption” tools allegedly used for “terrorist and criminal activities.” The state has become so paranoid it no longer has the appetite to argue for the importance of encryption for businesses, banking, online retail activities, cyber-security and the like.

The intended move of the Five-Eyes is to give intelligence and police forces new sweeping powers to compel any company, via a “Technical Capability Notice” to provide the information required by state agencies. In other words–they want backdoor capabilities irrespective of the consequences. In doing so, the reality is that encryption then becomes useless.

These powers will be far-reaching, potentially affecting any online activity and goes further than encryption. According to government ministers, they will apply to encrypted messaging services such as WhatsApp, Viber and Telegram–as well as “any entity operating a website.” Draconian measures of state censorship only ever really amount to one thing–authoritarian rule. This trajectory should alarm us all. It is certainly alarming privacy and human rights advocates.

Also unreported by the MSM was a meeting with UK Defence Secretary, Gavin Williamson, who delivered this speech to the Atlantic Council think-tank in Washington DC outlining the strength of the UK and U.S. relationship. In part, he stated that;

As we seek to adapt and harness change and work together to seize the opportunities which change brings, we need that type of dynamic, creative thinking. Because I know many people in this city are nervous about the rapidly changing politics, the rise of new powers and the moving tectonic plates of global politics. My job, as Defence Secretary, is to make sure that we can develop, and if necessary deploy hard power which underpins the soft power of our global influence. But we also agree with the United States’ National Defense Strategy that: By working together with allies and partners we amass the greatest possible strength for the long-term advancement of our interests.

Below is another article that outlines the coming state architecture of censorship. Make no mistake, the British contingent attended.

Andre Damon wsws.org: In March, the United States Special Operations Command, the section of the Defense Department supervising the U.S. Special Forces, held a conference on the theme of “Sovereignty in the Information Age.” The conference brought together Special Forces officers with domestic police forces, including officials from the New York Police Department, and representatives from technology companies such as Microsoft.

This meeting of top military, police and corporate representatives went unreported and unpublicized at the time. However, the Atlantic Council recently published a 21-page document summarizing the orientation of the proceedings. It is authored by John T. Watts, a former Australian Army officer and consultant to the U.S. Department of Defense and Department of Homeland Security.

The Atlantic Council, a think tank with close ties to the highest levels of the state, has been a key partner in the social media companies’ censorship of left-wing views. Most notably, Facebook acted on a tip from the Atlantic Council when it shut down the official event page for an anti-fascist demonstration in Washington on the anniversary of last year’s neo-Nazi riot in Charlottesville.

Confident that none of the thousands of journalists in Washington will question, or even report, what he writes, Watts lays out, from the standpoint of the repressive apparatus of the state and the financial oligarchy it defends, why censorship is necessary.

Watts cites the precedent of the invention of the printing press, which helped overthrow the feudal world order. In the Atlantic Council’s estimation, however, this was an overwhelmingly negative development, ushering in “decades, and arguably centuries, of conflict and disruption” and undermining the “sovereignty” of absolutist states. The “invention of the internet is similarly creating conflict and disruption,” Watts writes.

“Trust in Western society,” he warns,

Is experiencing a crisis. The 2018 Edelman Trust Barometer has tracked this erosion, showing a 30 percent drop in trust in government over the last year in the United States.

Watts notes that this collapse in support for the government cannot be explained merely by the rise of social media. This process began in the early 2000s, “at the dawn of the social media age but before it had become mainstream.” Left out are the major reasons for the collapse of popular support for government institutions: the stolen election of 2000, the Bush administration’s lies about weapons of mass destruction, unending war and the impact of the 2008 financial crisis.

However, while it is “hard to argue that the current loss of trust results solely from the emergence of social media,” Watts writes, there,

Can be little doubt that it acted as a critical amplifier of broader trends.

Technology has democratized the ability for sub-state groups and individuals to broadcast a narrative with limited resources and virtually unlimited scope. By contrast, In the past, the general public had limited sources of information, which were managed by professional gatekeepers.

In other words, the rise of uncensored social media allowed small groups with ideas that correspond to those of the broader population to challenge the political narrative of vested interests on an equal footing, without the “professional gatekeepers” of the mainstream print and broadcast media, which publicizes only a pro-government narrative.

When “radical and extremist views” and “incorrect ideas” are “broadcast over social media, they can even influence the views of people who would not otherwise be sympathetic to that perspective,” Watts warns. “When forwarded by a close friend or relation, false information carries additional legitimacy; once accepted by an individual, this false information can be difficult to correct.”

People must be isolated, in other words, from the “incorrect” ideas of their friends and family, because such ideas are “difficult to correct” by the state once disseminated.

But how is this to be done? The growth of oppositional sentiment cannot be combatted with “facts” or the “truth,” because “facts themselves are not sufficient to combat disinformation.” The “truth” is “too complex, less interesting, and less meaningful to individuals.”

Nor can the growth of political opposition, for the time being, simply be solved by “eliminating” (i.e., killing or jailing) political dissidents, because this only lends legitimacy to the ideas of the victims. “Eliminating those individuals and organizations will not be sufficient to combat the narrative and may in fact help amplify it.” He adds, “This is also the case for censorship as those behind the narrative can use the attempt to repress the message as proof of its truth, importance, or authenticity.”

Enter the social media companies. The best mechanism for suppressing oppositional viewpoints and promoting pro-government narratives is the private sector, in particular, “technology giants, including Facebook, Google, YouTube, and Twitter,” which can “determine what people see and do not see.”

Watts adds, “Fortunately, shifts in the policies of social media platforms such as Facebook have had a significant impact on the type and quality of the content that is broadcast.”

The private sector, therefore, must do the dirty work of the government, because government propaganda is viewed with suspicion by the population.

“Business and the private sector may not naturally understand the role they play in combating disinformation, but theirs is one of the most important…. In the West at least, they have been thrust into a central role due to the general public’s increased trust in them as institutions.”

But this is only the beginning. Online newspapers should “consider disabling commentary systems—the function of allowing the general public to leave comments beneath a particular media item,” while social media companies should “use a grading system akin to that used to rate the cleanliness of restaurants” to rate their users’ political statements.

Strong-arm tactics still have a role, of course. Citing the example of WikiLeaks editor Julian Assange, Watts declares that “governments need to create consequences” for spreading “disinformation” similar to those meted out for “state espionage” – which can carry the death penalty.

What Watts outlines in his document is a vision of a totalitarian social order, where the government, the media, and technology companies are united in suppressing oppositional viewpoints.

The most striking element of the document, however, is that it is not describing the future, but contemporary reality. Everything is in the present tense. The machinery of mass censorship has already been built.

The Atlantic Council report, based on high-level discussions within the military and state, is a confirmation of everything the World Socialist Web Site has said about the purpose of changes in the algorithms of internet and social media companies over the past year-and-a-half.

On August 25, 2017, the WSWS published an open letter to Google alleging that the company is “manipulating its Internet searches to restrict public awareness of and access to socialist, anti-war and left-wing websites.” It added, “Censorship on this scale is political blacklisting.”

Over the subsequent year, key details of the open letter have been indisputably confirmed. At congressional hearings and in other public statements, leading U.S. technology companies have explained that they reduced the propagation of political views and statements targeted by U.S. intelligence agencies, and did so in secret because they feared a public outcry.

At the same time, they have explained the technical means by which they promoted pro-government, pro-war news outlets, such as the New York Times and Washington Post.

But the Atlantic Council document presents the most clear, direct and unvarnished explanation of the regime of state censorship.

The struggle against censorship is the spearhead of the defense of all democratic rights.