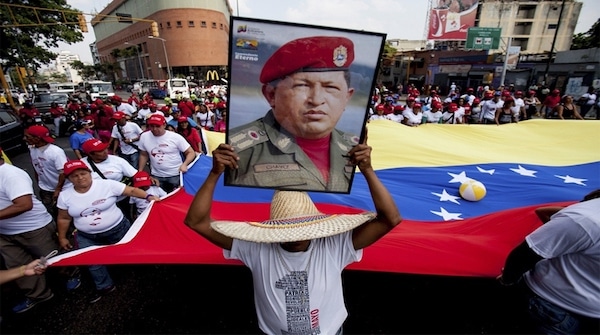 This is the goal, even though sometimes we don’t want to see it—in fact we seldom understand it.

Strike at the Helm

There is no doubt that the majority of the Venezuelan people are hoping that the government’s current Economic Recovery Plan (1) will be successful.

The normalization of everyday life hinges on its success, and this in turn is necessary to reorient all forms of activity across the board. This is especially so if we want to be prepared against a new foreign-led offensive, having already seen hints of a renewed aggression which would add a layer of complexity to the already difficult economic situation.

Economic recovery is undoubtedly also an opportunity to correct structural issues of the Venezuelan economy, as the government itself has announced. There is a broad consensus on this point, even including representatives of the opposition.

Therefore we need to specify and detail which are the structural issues to be fixed and the measures that, up to this point, have been put in place for this purpose. Here we must necessarily find elements which transform the economic base in order to push towards socialism.

The government’s plan is comprehensive, diverse, and with dynamics which may seem difficult to fully understand. Thus, our measure of its success is the well-being of the people, above any abstract indicators. That is the yardstick which we learned from Comandante Chavez, who in a clear, direct and permanent way explained his shared vision of the world and economics, with men and women at the very center.

Beyond the diagnostics and assessment of the current historical moment, it is vital to retain Chavez as a strategic reference point, as he explicitly pointed towards a structural issue to be fixed which is not present in the current economic recovery plan: the democratization of the economy.

In his Strike at the Helm speech(2), Chavez said,

Socialism is democracy and democracy is socialism in the political, social, economic fields.

He also clearly embraced the task to push for,

The transformation of the economic foundations of the country to make it essentially and substantially democratic. The foundations of a capitalist country are not democratic, they are anti-democratic, they create exclusion and generate great wealth for a small minority, an elite, the big bourgeoisie, the big monopolies, and also generate poverty and misery for the vast majority.

The same goes for factories built for capitalist purposes which bear the indelible marks of the ‘operating system’-the hierarchical social division of labour–in conjunction with which they were built. […] a productive system that wants to activate the full participation of associated producers [the workers] requires a multiplicity of adequately co-ordinated ‘parallel processors’, as well as a corresponding operating system which is radically different from the centrally operated alternative, be that capitalist or the well-known varieties of postcapitalist command economy misrepresented as ‘planning’.

The subject to be charged with this vital task, which, I stress, has not been reflected so far in Maduro’s recovery plan, was always clear to Chavez:

We have to associate ourselves with small producers, but we have to implant social property, the socialist spirit, along the entire chain, from working the land, where mangoes, guavas and strawberries are produced, all the way to the distribution systems and the consumption that emerges.

The only subjects to be clearly called upon so far in the current plan are national and foreign businessmen and women, when it is clear that the construction of socialism means advancing towards an economy which is truly built upon the hegemony of social property, as Chavez said:

We should not go on unveiling factories that end up as islands, surrounded by a capitalist sea, because they end up being swallowed by the sea.

This is no task for a Ministry, it needs to be a state policy that is pushed by all institutions as a cornerstone of the economic recovery plan. Chavez demanded this in his Strike at the Helm speech, not just as an official policy for commune activists, but for all popular subjects which are organized and push for socialism. 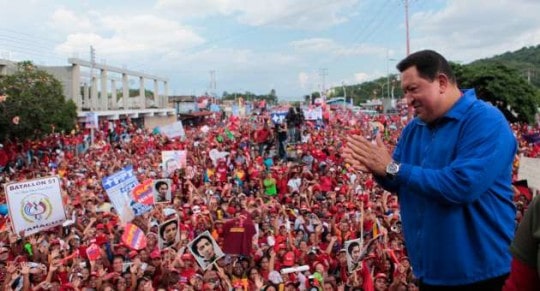 Recognizing that mistakes have been made in the development of this sector in the past (communes, direct or indirect social property, under worker, campesino or state control) is not an excuse to stop assuming it as a strategic task.

If there are major “mistakes” that have been made which have led to the current crisis, these are undoubtedly ones that have to do with the business class that is once again being called upon to enact the new plan, despite its links to corruption and bureaucracy.

Furthermore, this demand [of support for social or small-scale production] has constitutional backing, assumed by Chavez as the progressive implementation of article 308 of the Bolivarian Constitution:

The hegemony of social property must prevail

Due to the complexity of the situation, one must make tactical movements to ensure a socialist future, but if this shift is to impulse integral changes in Venezuelan society, laying the basis for what is to come, then the strategic aspect cannot be left aside; we need to secure the best conditions for this socialist endeavour to be unleashed in all its potency and at the right moment.

In the Strike at the Helm speech, the projection of the Bolivarian Revolution for this new period is defined, from the thought and action of Comandante Chavez, from his clear class position. We are, and wish to continue being, the ones who assume the fight against the oligarchies, and to defeat them through ensuring the well-being of the majority.

We know that the enemy’s attacks will be ever more fierce, just as Chavez put it:

They strike at us with so much hatred because we are putting forward the socialist model where the hegemony of social property must prevail over private property… It is important to have this clear, so that, I stress, as we move forward, in Venezuela social property over the means of production will keep on growing.(5)

Chavez also emphasized a central element for the democratization of the economy:

Social ownership of the land! The same land that is witnessing a new landowner offensive(7) with clear complicity from security forces, and judicial and political institutions; without exaggeration, it is an offensive from a state structure which does not finish withering away.

The news about attacks against campesinos, arbitrary evictions and campesinos murdered at the hands of hitmen are becoming more and more frequent.

Shouldn’t the economic recovery plan include the campesinos’ right to work the land? Should it not boost agroindustrial production from means of production under social property, in the hands of campesinos, workers, under direct or indirect, mixed or cooperative, communal management?

Land is naturally social property. Many will say: “no, this land is mine.” That’s a lie. Take a look at the property titles and see if they survive a historical-juridical analysis, what is called the chain of property of the land; almost all Venezuelan land that today belongs to large landowners was illegally occupied, stolen from the people, having been taken after the indigenous population and the campesinos were massacred.(8)

This debt towards campesinos has kept growing to this day. It is urgent to deliver justice in the cases of those who were murdered, to irrevocably settle the ownership of the land, to radically change the institutions that deal with the countryside, and move forward with a crop plan that will ensure real economic development in the sector. All these points featured in the agreement established between President Maduro and campesinos after the Admirable Campesino March(9), however, there is no progress to report.

But it is not just the land that should be democratized:

Capital, that is another factor of production, but not for capitalism. No, it is to be put in service of socialism. Technology, labour, training and organization of workers. There you have the factors of production, the means of production, and when I talk of capital we are talking about machinery, tools, the factory. Now this machinery, these tools, these factories, should belong to the people, should be social property that is led and planned by the workers, and you need to prepare for that, boys and girls.(10)

Embracing socialism is not just about a fair distribution of plusvalue, it also entails social property over the means of production: this is clearly the path proposed by Chavez and by the Bolivarian Revolution to build socialism.

This conclusion–which defines part of the way towards deepening the revolution–is the result of a long learning curve, an infinity of struggles that led Chavez to say:

Revolutionary unity is fundamental in order to advance in the necessary changes that the Plan sets out, there is no doubt about that, but unity requires convincing through debate, putting forward a clear path that can conquer spaces for strategic construction.

We must start from this point:

Unity is not about having something monolithic, that we will all be the same, all “patria o muerte, venceremos”. No, no, unity is diverse, sometimes even incidental. In other words, it evolves, strengthens or weakens itself, like a hurricane that blows strong and then suddenly the wind is gone, like the rain that pours and then ends suddenly. We have to continue to ride with our unity, revising it, strengthening it, generating cohesion, feeding it with debates, with arguments, convincing people. This is vital.(12)

At the end of the day, revolutionary unity should exist for the undertaking of the necessary struggle in order to make a political project irreversible, to safeguard peace, sovereignty, participatory and protagonist democracy, the homeland itself.

Millions see all of this encapsulated in Chavez, assuming that:

There is a lot at stake: Venezuela is part of a global struggle and the enemy remains hell-bent on destroying us in any possible way, including a direct military action headed by the Colombian oligarchy. In this context we reaffirm (even in spite of the weakness of popular organization, one of the many consequences of the crisis that we need to overcome) that:

The Revolution should radically change the world vision that is typical of capitalism, lest it risk disappearing or being captured. It should undertake actions to rebuild the social fabric, and for this it is central to elevate the local to a universal level. Establishing political, social, economic, organizational and spiritual relations from the bases up to a national level–from a nucleus, I would say, from a cell all the way to a national level.(14)

That is why we are the Bolivarian Revolution, the one that assumes itself as Chavista and socialist.

PS: Congratulations to the comrades of Tatuy TV in their 11th anniversary. Their contributions are very important in these times: their “Chavez the Radical” series were the inspiration for this article. The symbolic dispute about the image of Chavez is also present these days and you make a great contribution to keep his views on socialism and revolutionary democracy, built by the people, alive.