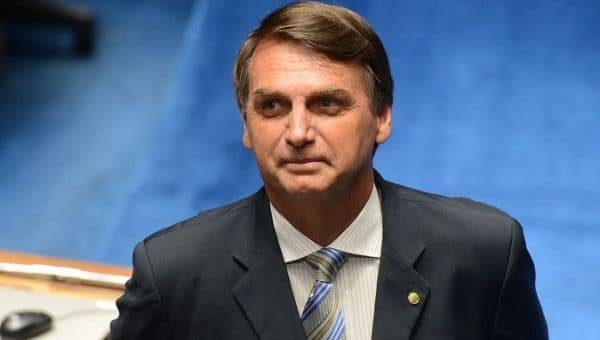 Duke, who endorsed U.S. President Donald Trump during his 2016 campaign, says the right-wing candidate “sounds like us, and he’s a very strong candidate, too.”

The statement aired Oct. 9 during a radio program, according to the BBC. Bolsonaro responded to Duke’s endorsements saying he would reject any support “coming from supremacist groups.”

The KKK became active in 1865, the beginning of the Reconstruction era in the United States. That era was marked by the 13th Amendment which ended slavery and new laws to promote the rights of Black people across the South.

Group members have been responsible for the torture, killings, and lynchings of people of color. As of 2017, they are still active in 22 states according to the Anti-Defamation League.

Duke boasted his support for a Bolsonaro presidency.

He is total European descendant, he looks like any white man in the U.S., in Portugal, Spain or Germany, and France, and he is talking about the demographic disaster that exists in Brazil and the enormous crime that exists there, in the black neighborhoods of Rio de Janeiro.

Bolsonaro had made a speech in Rio de Janeiro last year in which he characterized Black people as fat and useless not even “fit for procreation,” according to court documents.

Those statements were brought to court when Brazil’s prosecutor general pressed charges on the basis of “practicing and inciting discrimination by allegedly likening the black descendants to merchandise,” Bloomberg reports.

“The truth is that nationalist movements, which are basically pro-Europeans, are definitely sweeping the planet, even in a country you would never have imagined,” Duke said.

Bolsonaro won 46 percent of votes in the Oct. 7 election. His opponent, Fernando Haddad received 29.2 percent. The two will face off in a runoff election on Oct. 28.