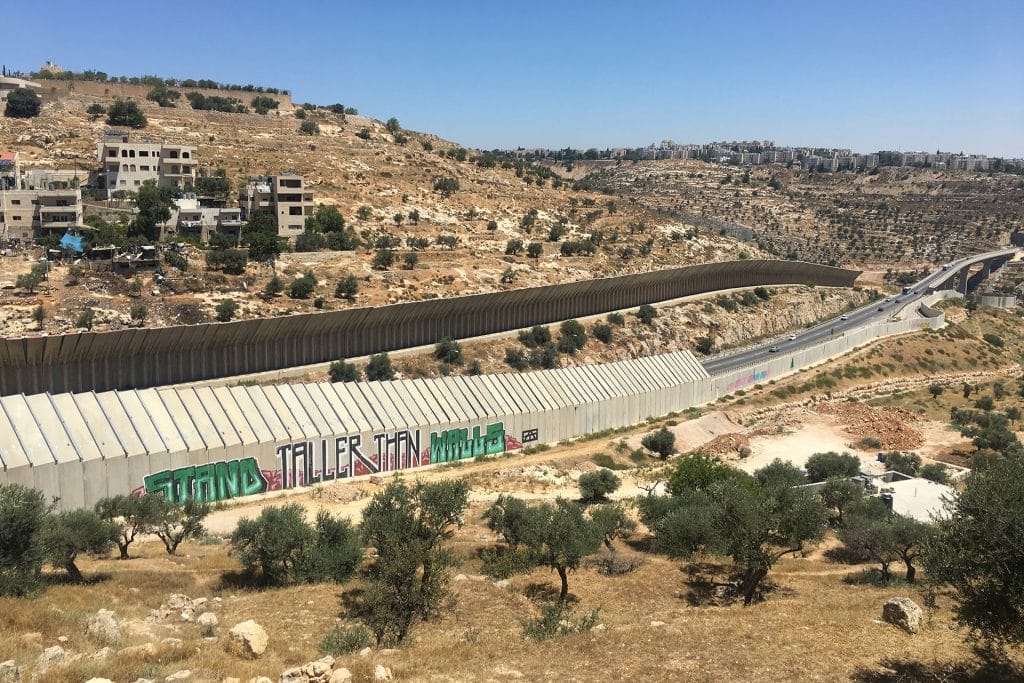 The origins of Zionism are profoundly misunderstood by many. This is not coincidental and can be seen largely as the result of propaganda, which opportunistically and erroneously asserts that Zionism is the natural expression of Judaism.

In fact, Zionism gained traction among some Jews only in the late 19th  century in response to antisemitism and romantic European nationalist movements. Zionists syncretized many white supremacist, antisemitic, messianic and fascistic racialized dogmas and were thus overwhelmingly unpopular among most Jews, who viewed the ideals of the enlightenment–emancipation, equality and integration – as their target.

Zionism first increased its influence in the small Jewish towns in Eastern Europe–the shtetls–at a time when many of their inhabitants became secular but not emancipated. Thus, their view of antisemitism and its accompanying violence and trauma was a modern one, not the traditional Jewish notion that deemed oppression and hardship as divine punishment for sins (for review see here). Zionism offered a seemingly empowering vision of a “new Jew”, who shed obsolete beliefs, which were viewed as passive and weak. Instead, Zionists reacted with force against oppression and adopted the antisemitic notion whereby Jews were the cause of their own oppression and should thus segregate themselves.

In response to antisemitism, Zionists embraced their fear and contempt of their abusers to produce defensive aggression, reinventing identity in a reactionary attempt to ensure survival and restore pride. The reward of violence–power-quickly enticed Zionist leaders to morph what began as a defensive strategy into an offensive one that culminated with a settler colonialist vision of a homeland in Palestine at the expense of its Indigenous population, the existing Palestinian people.

It is instrumental to view this dynamic through a behavioral neuroscientific perspective, which affords a means of understanding underlying motivations of both persons and class structures, as well as informs on potential resolutions.

Studies show that the emotions of fear and anxiety and their corresponding neural circuitries are highly conserved among all mammals, including humans. In response to threat, fear is expressed in the form of defensive behaviors. These include flight if an escape route is available, freezing and avoidance if not (both techniques of choice in response to antisemitism prior to Zionism), and defensive threat and attack when confrontation is imminent.

Defensive aggression and its corresponding violence can lead to the rewards of resource acquisition–whether it be the sparing of one’s own life or access to the many spoils of dominance: sexual partners, money, land, power etc. Hence, a process that begins with oppression leads to fear in the oppressed (expressed as defensive aggression) and morphs to offensive aggression directed towards resource acquisition, which ultimately results in the subjugation of others by those previously oppressed. The once powerless become “hooked” to the rewards of violence; an addiction which facilitates the transition from defense to offense.

Thus, the everlasting and self-perpetuating dynamic of persecution often shifts the balance of power, yet always maintains an equal or growing level of violence.

How do the hegemonic forces sustain subservience in their subject population while reaping the benefits of oppression? through fear mongering and ever-escalating violence.

Fear memories are formed when otherwise neutral stimuli are paired with pain or danger and are extinguished when they are decoupled (see here). Chronic, prolonged, generalized or an otherwise abnormal fear reaction to an ambiguous stimulus is viewed as maladaptive and linked to a range of psychopathologies, such as post-traumatic stress disorder (PTSD).

Fear conditioning is “reinstated” in a person or a populace (“collective PTSD”) upon re-exposure to-or the recall of-the fear-inducing stimulus. In such a manner, reinstatement is a technique by which the political, religious, military and economic ruling classes manipulate their populace to gain support for their aggressive and expansionist policies, distract from their own corruptions, privileges and suppression of dissent.

Fear is reinstated in traumatized collectives using several methods: (i) focusing on-and decontextualizing an act of violence or resistance (e.g. “terrorism”); (ii) reminding the public of some atrocity in the past (memorial days, sanctifying bereaved families); (iii) shifting attention to perceived threats (e.g. the Iranian nuclear program); (iv) appealing to past glory, nostalgia (romantic nationalism) and; (v) segregating communities (apartheid), which preserves a process of dehumanization of the “other” and renders re-exposure and reconciliation (i.e. extinction of fear) virtually impossible.

Thus, fear manifests in increasingly violent displays of aggression promoting the interests of those in power. It is precisely these aggressive actions which are rewarded by the hegemony and therefore become more prevalent in the general population. Privilege enables little risk of harm for the hegemonic forces and the reinstatement of perceived imminent threats constantly raises the bar for-and serves to justify permissible oppression.

From an early age the population, through participation in violence in the army or elsewhere, are encouraged to transition from the defensive to the offensive expressions of aggression. As such, the population is made an accomplice to ruling class corruptions and crimes, and thus perceives, together with its leaders, any forms of dissent as treasonous existential threats (see here).

Breaking the cycle of oppression

The cycle of violence and inequality has been the backbone of all white supremacist, settler colonialist societies, past and present which engage in ethnic cleansing and genocide of Indigenous populations; e.g. the United States, Australia, Canada, South Africa, Israel and more.

Yet the question arises–how can the cycle be broken?

Victims of abuse can cope with trauma in two ways. They can either channel their rage toward weaker elements in their immediate society or outside of it and in so doing perpetuate the never ending cycle of abuse, or stand up to their abusers, who are stronger than them, resist the temptations of resource acquisition and break the cycle of violence and inequality.

The first option of picking on the weak is easy and can be a solitary endeavor; victims become abusers and in so doing feel empowered; e.g. the Zionist example. The second option of fighting oppressors poses a greater challenge and requires courage, resolve and social skills, i.e. collectivism, as bullies are usually stronger and more formidable than their victims.

For this purpose, it is advantageous for the oppressed to join forces and collaborate with fellow victims of white supremacy; women, immigrants, black and brown people, Indigenous, Muslim, Jews and others so that together they may form a winning strategy to overcome their oppressors.

Notably, Zionist propaganda works against this sort of alliance building and resistance by fragmenting and isolating Palestinian society within historical Palestine and outside of it.

The non-violent Boycott, Divestment and Sanctions (BDS) Palestinian-led movement has demonstrated the utility of adopting an approach which implements the lessons learned by the many victims of settler colonialism and white supremacy.

These lessons include a series of steps which include: (i) promoting truth and dispelling propaganda; (ii) fostering accountability in the guilty (e.g. here); (iii) moving toward cessation of hostilities/injustices; (iv) breaking barriers, physical or otherwise; (v) adopting an intersectional, anti-racist leadership which recognizes interlocking systems of power and oppression that impact those who are most marginalized in society and (vi) creating empathy and forging bonds.

It is glaringly apparent that with every BDS victory the Israeli propaganda machine continues to lose credibility. The demonopolized nature of the internet provides accessibility to truth like never before and an opportunity for Palestinians and other victims of settler colonialism to connect and collaborate towards the breaking of the cycle of violence and inequality.

That said, the rise of global fascistic movements, stimulated by Donald Trump and his Zionist allies in the Israeli government, are hard at work toward their mutual interest of global apartheid, often using the internet to disperse false information (“fake news”). Thus, it is clear that the battle against Zionist expansionism and its oppression of the Palestinian people should incorporate a comprehensive dismantling of settler colonialism and white supremacy.

Yoav Litvin is a doctor of psychology, a photographer and writer. In his work, he investigates the intersections of science, the arts and politics and aims to promote creative and radical causes with a focus on urban culture, social movements and peoples.