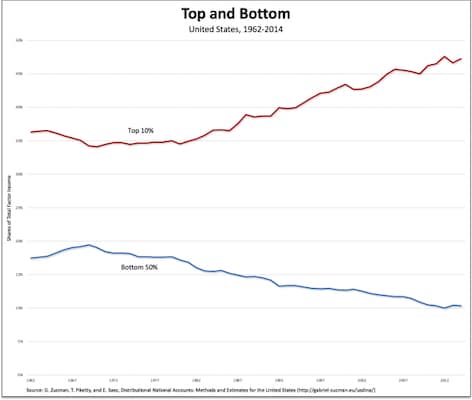 The United States is increasingly becoming dollarized. That’s because, for decades now, those at the bottom have been left behind, forced to attempt to get by in ever more precarious conditions.

If you asked mainstream economists what dollarization means, they would immediately define it as a country officially adopting the currency of another for financial transactions. Often, of course, that currency has been the U.S. dollar, as was the case for Ecuador in January 2000. Recently, mainstream economists, such as John Cochrane, have been suggesting that Argentina today should follow the same policy in order to “insulate the private economy from government fiscal troubles.”

While that kind of dollarization comes up in the context of macroeconomic crises, generated by volatile capital flows and other economic shocks beyond the control of traditional monetary authorities, the dollarization I’m referring to here stems from a very different kind of crisis, one that is happening inside the United States. 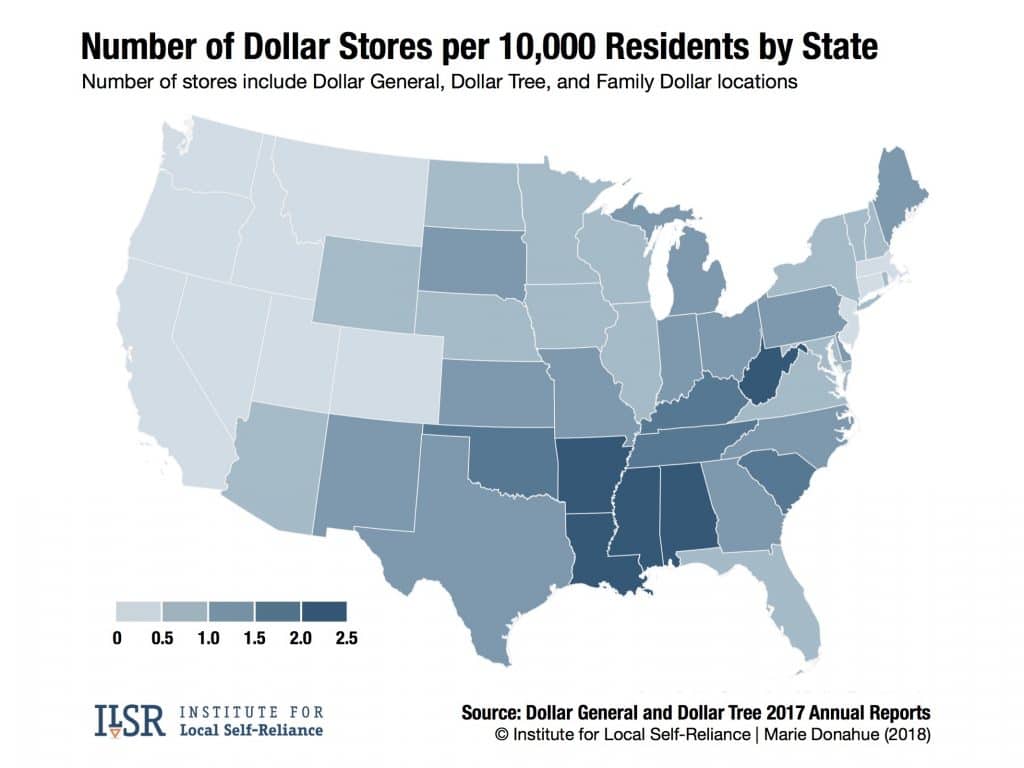 According to a new report by the Institute for Local Self-Reliance, the United States now has more dollar stores—including Dollar General, Dollar Tree, and Family Dollar—than Walmart and McDonalds locations combined. 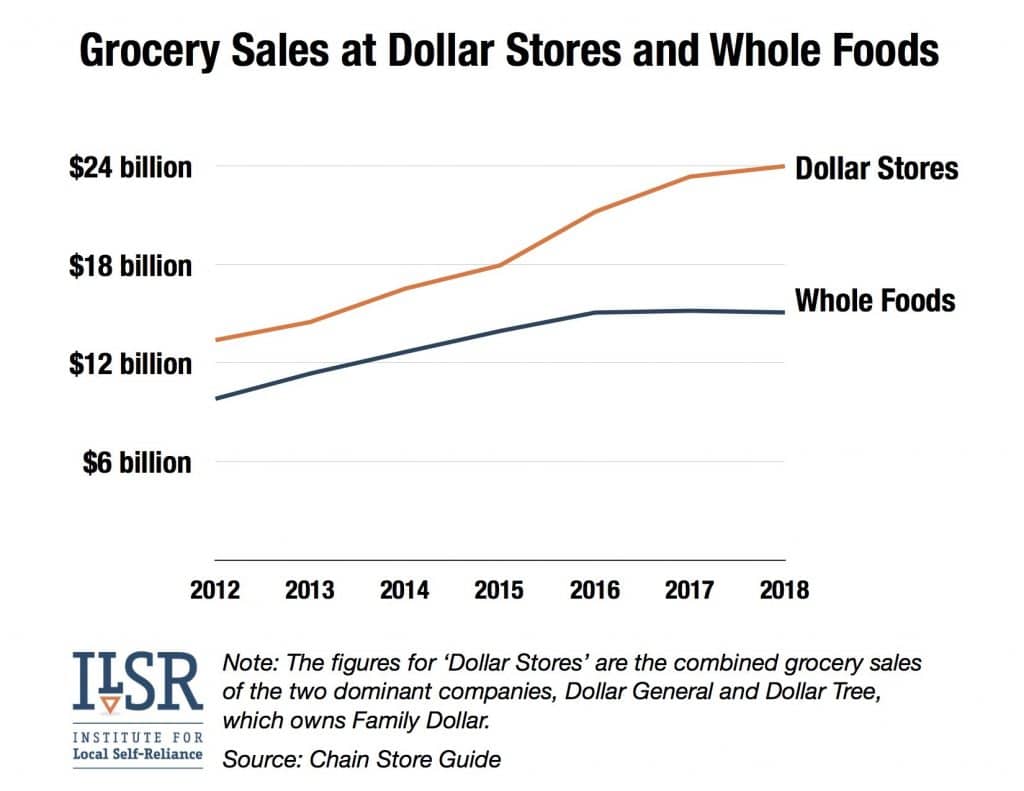 Alongside aisles lined with clothing and household goods, these small stores offer a narrow selection of processed foods, such as canned peaches and cereal, cookies and frozen waffles.

There are no fresh vegetables, fruits, or meats in most dollar stores. And yet, as limited as their offerings are, dollar stores are now feeding more Americans than Whole Foods is, and they’re multiplying rapidly.

The fact is, both groups of food retailers have grown rapidly in recent years. As of September 2017, Whole Foods operated 470 stores, with 448 stores in 42 states and the District of Columbia (and an additional 13 stores in Canada and 9 in the United Kingdom), up from 275 in 2008—mirroring the rising share of income going to the top 10 percent (the red line in the chart at the top of the post). Dollar stores have grown even more rapidly: Dollar General alone went from 8,362 stores in 2008 to 14,534 in 2017.

That dollarization of the U.S. economy is both a condition and consequence of the relative impoverishment of the bottom 50 percent of Americans, whose share of income (the blue line in the chart) has fallen from 19.4 percent in 1969 to 10.3 percent in 2014 (the last year for which data are available).

As the authors of the report explain, dollar stores are both a symptom of larger economic trends and a cause of additional economic despair. On one hand, they move into impoverished, low-income neighborhoods that have few if any other retail merchants and grocers.

Today the dollar chains are capitalizing on these conditions, much like an invasive species advancing on a compromised ecosystem.

On the other hand, the proliferation of dollar stores are also causing economic distress since “their strategy of saturating communities with multiple outlets is making it impossible for new grocers and other local businesses to take root and grow.”

What we’re seeing in the United States is growth at both ends of the income pyramid. Just over a year ago, Amazon announced that it was buying Whole Foods for just under $14 billion, the retailer’s largest acquisition ever. Clearly, the giant on-line retailer is betting on the continuing rise of inequality, especially the increasing share of income captured by the top 10 percent of Americans, not only for luxury food, but for all the other commodities Amazon sells.*

And the dollar stores? According to Garrick Brown, a researcher with the commercial real estate firm Cushman & Wakefield,

Essentially what the dollar stores are betting on in a large way is that we are going to have a permanent underclass in America. It’s based on the concept that the jobs went away, and the jobs are never coming back, and that things aren’t going to get better in any of these places.

That, unfortunately, is what dollarization means in the United States today.