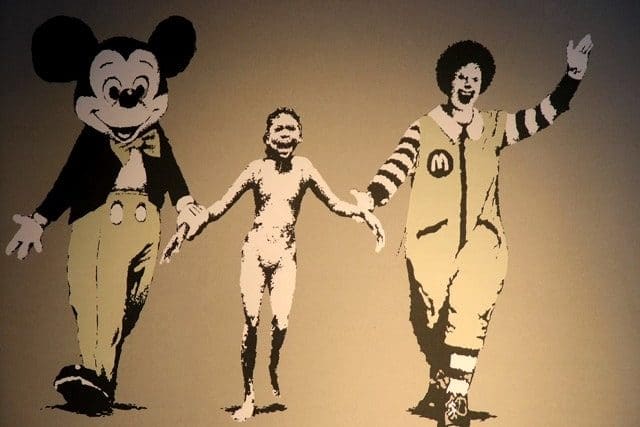 When General Motors laid off more than 6,000 workers days after Thanksgiving, John Patrick Leary, the author of the new book Keywords: The New Language of Capitalism, tweeted out part of GM CEO Mary Barra’s statement. “The actions we are taking today continue our transformation to be highly agile, resilient, and profitable, while giving us the flexibility to invest in the future,” she said. Leary added a line of commentary to of Barra’s statement:

Language was pronounced dead at the scene.

Why should we pay attention to the particular words used to describe, and justify, the regularly scheduled “disruptions” of late capitalism? Published last week by Haymarket Books, Leary’s Keywords explores the regime of late-capitalist language: a set of ubiquitous modern terms, drawn from the corporate world and the business press, that he argues promulgate values friendly to corporations (hierarchy, competitiveness, the unquestioning embrace of new technologies) over those friendly to human beings (democracy, solidarity, and scrutiny of new technologies’ impact on people and the planet).

These words narrow our conceptual horizons—they “manacle our imagination,” Leary writes—making it more difficult to conceive alternative ways of organizing our economy and society. We are encouraged by powerful “thought leaders” and corporate executives to accept it as the language of common sense or “normal reality.” When we understand and deploy such language to describe our own lives, we’re seen as good workers; when we fail to do so, we’re implicitly threatened with economic obsolescence. After all, if you’re not conversant in “innovation” or “collaboration,” how can you expect to thrive in this brave new economy?

Leary, an English professor at Wayne State University, brings academic rigor to this linguistic examination. Unlike the many people who casually employ the phrase “late capitalism” as a catch-all explanation for why our lives suck, Leary defines the term and explains why he chooses to use it. Calling our current economic system “late capitalism”suggests that, despite our gleaming buzzwords and technologies, what we’re living through is just the next iteration of an old system of global capitalism. In other words, he writes, “cheer up: things have always been terrible!” What is new, Leary says, quoting Marxist economic historian Ernest Mandel, is our “belief in the omnipotence of technology” and in experts. He also claims that capitalism is expanding at an unprecedented rate into previously uncommodified geographical, cultural, and spiritual realms.

Keywords was inspired by a previous work of a similar name: the Welsh Marxist theorist Raymond Williams’s 1976 book Keywords: A Vocabulary of Culture and Society. Williams’s goal, like Leary’s, was to encourage readers to become “conscious and critical” readers and listeners, to see the language of our everyday lives “not a tradition to be learned, nor a consensus to be accepted, [but as] . . . a vocabulary to use, to find our own ways in, to change as we find it necessary to change it, as we go on making our own language and history.” Words gain their power not only from the class position of their speakers: they depend on acquiescence by the listeners. Leary takes aim at the second half of that equation, working to break the spell of myths that ultimately serve the elites. “If we understood… [these words] better,” Leary writes,

Perhaps we might rob them of their seductive power.

To that end, Leary offers a lexicon of about 40 late capitalist “keywords,” from “accountability” to “wellness.” Some straddle the work-life divide, like “coach.” Using simple tools—the Oxford English Dictionary, Google’s ngram database, and media coverage of business and the economy—Leary argues that each keyword presents something basically indefensible about late capitalist society in a sensible, neutral, and even uplifting package.

Take “grit,” a value championed by charter school administrators, C-suite execs, and Ted Talkers. On the surface, there’s nothing objectionable about insisting that success comes from hard work sustained in spite of challenges, failure, and adversity. It can even seem like an attractive idea: who doesn’t want to believe, as author of the bestselling Grit: The Power of Passion and Perseverance Angela Duckworth puts it, that success rests “more on our passion and perseverance than on our innate talent”—or the race and income of our parents? 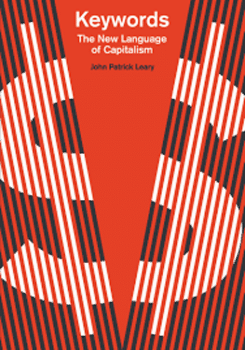 What discussions of “grit” scrupulously avoid, Leary writes, is “the obviously central fact of the economy”: poverty. Duckworth and other proponents of grit nod to the limited horizon of opportunity presented to those living in poverty, but insist that grit can help people “defy the odds.” Implicitly, they accept that most will fail to do so: they simply promise elevation to the hard-working, the deserving, the grittiest—that is, to the very few.

“Grit offers an explanation for what exists,” Leary writes, “rather than giving us tools to imagine something different.” Rather than attacking the conditions that make “grit” necessary, the word’s proponents ask women, people of color, and the poor to overcompensate for the unjust world into which they’ve been born. While the need for “grit” is most often preached to urban schoolchildren and people in poverty, its “real audience,” Leary writes, is “perched atop the upper levels of our proverbial ladder,” a position from which inequality doesn’t look so bad.

Leary divides his keywords into four broad categories: first is “late-capitalist body talk,” which imbues corporations with the attributes of human bodies, like nimbleness or flexibility, and shifts focus away from the real human bodies whose labor generates its profits. “Much of the language of late capitalism,” Leary writes, “imagines workplaces as bodies in virtually every way except as a group of overworked or underpaid ones.”

Then there’s the “moral vocabulary of late capitalism,” which often uses words with older, religious meanings; Leary cites a nineteenth-century poem that refers to Jesus as a “thought leader.” These moral values, Leary says, are generally taken to be indistinguishable from economic ones. “Passion,” for example, is prized for its value to your boss: if you love what you do, you’ll work harder and demand less compensation. Some are words, like “artisanal,” that reflect capitalism’s absorption of the countercultural critique that it failed to provide workers with a sense of purpose and autonomy. Finally, there is the category of words that reflexively celebrate the possibilities of new technologies, like “smart”: smart fridge, smart toaster, smart toilet.

As Leary shows, these keywords reflect and shore up the interests of the dominant class. For the tech overlords of Silicon Valley, an “entrepreneur” is someone innovative and savvy, who “moves fast and breaks things.” The entrepreneur alone creates his company’s exorbitant wealth—not his workers, nor any taxpayers who may fund the innovations his company sells. (Elon Musk, for example, has received nearly $5 million in government subsidies). It’s a very useful concept for billionaires: after all, why redistribute that wealth, through taxes or higher wages, to those who didn’t create it?

In these short essays, Leary undermines what Soviet linguist Valentin Voloshinov describes as the aim of the dominant class: to “impart an…eternal character to the ideological sign, to extinguish or drive inward the struggle between social value judgements which occurs in it. ” And in the case of “entrepreneur,” for example, Leary shows that quite a lot of struggle between social judgements is contained in the word.

First defined around 1800 by French economist Jean-Baptiste Say as one who “shifts economic resources . . . into an area of higher productivity and greater yield,” the word was given a dramatically different inflection by political economist Joseph Schumpeter. According to Leary, our contemporary view of entrepreneurship comes from Schumpeter, who believed that the entrepreneur was “the historical agent for capitalism’s creative, world-making turbulence.” When we talk about “entrepreneurs” with an uncritical acceptance, we implicitly accept Schumpeter’s view that wealth was created by entrepreneurs via a process of innovation and creative destruction—rather than Marx’s belief that wealth is appropriated to the bourgeois class by exploitation.

By demonstrating how dramatically these words’ meanings have transformed, Leary suggests that they might change further, that the definitions put in place by the ruling class aren’t permanent or beyond dispute. As he explores what our language has looked like, and the ugliness now embedded in it, Leary invites us to imagine what our language could emphasize, what values it might reflect. What if we fought “for free time, not ‘flexibility’; for free health care, not ‘wellness’; and for free universities, not the ‘marketplace of ideas”?

His book reminds us of the alternatives that persist behind these keywords: our managers may call us as “human capital,” but we are also workers. We are also people. “Language is not merely a passive reflection of things as they are,” Leary writes. “[It is] also a tool for imagining and making things as they could be.”

Rebecca Stoner is a writer living in Chicago. Her work has appeared in Vice, Pacific Standard, and the Village Voice, among other publications.