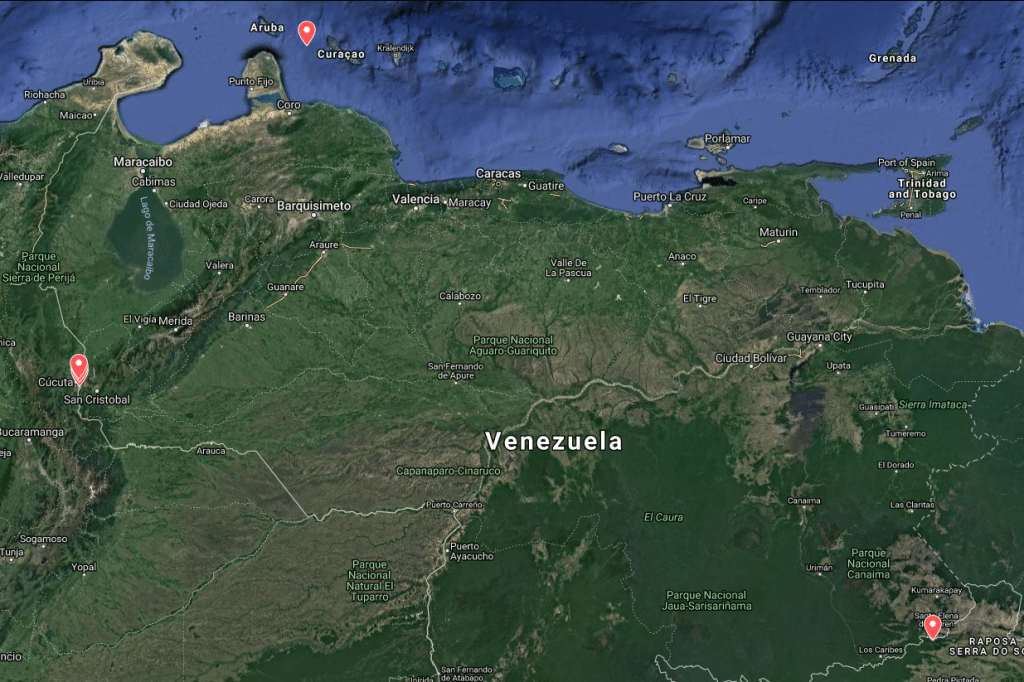 There have been numerous warnings of false flag scenarios  yet alternative media,  such as RT,  have published an  unverified report parroting the CIA’s Washington Post that the Venezuelan army fired on unarmed protesters, leaving many injured and 2 dead.

Aside from the utterly spurious nature of the report (US intelligence-opposition), the journalists at RT did not note significant discrepancies.

If the army were indeed attacking unarmed, non-violent protesters,  how did these same protesters subdue and detain 27 soldiers?

The incident that took place on the border with Brazil was discussed by Foreign Minister Jorge Arreaza during a press conference at the United Nations on Friday (at 6:04). He described the false positive (false flag) incident, stating that the weapons that were used did not correspond with those used by the Venezuelan forces.

Later, in answer to media questions (at 20:34), Arreaza reaffirmed that the Venezuelan army are never authorized to fire on civilians.

He concluded saying that the CIA have been targeting all Venezuelan diplomatic staff, (at 30:57) offering bribes and enticements to encourage defection.

While the US will be working to manufacture consent for intervention through  false flag operations, as supporters of the Venezuelan people, we must oppose them on all fronts and not circulate false reports.