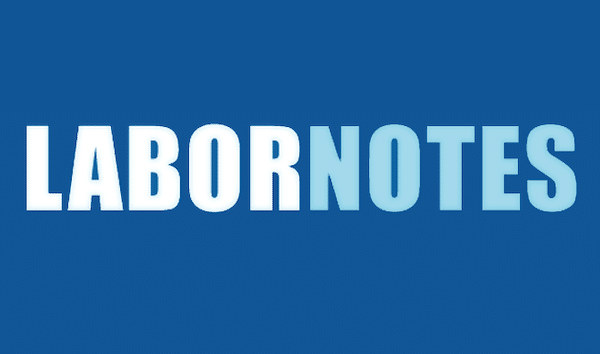 In the entire course of North American labor history, Labor Notes, now celebrating forty years of existence, is by far the most durable, and one of the most successful, interventions by activists who have come out of an explicitly socialist tradition.(1)

Socialists of various sorts played important roles in the creation of the Knights of Labor and the unions affiliated with the American Federation of Labor in the late nineteenth century, the Industrial Workers of the World a few years later, the rise of the Congress of Industrial Organizations in the 1930s, and the emergence of public sector unionism in the 1950s and 1960s. But one of three things happened.

They were purged by a repressive state or a hostile union officialdom. Or the socialists merged themselves into or accommodated the politics, legal structures, and leadership of the trade unions they had sought to influence. Or they just got tired and retreated from active political engagement, not unlike the old radical Harvey Swados evoked in his fictional portrait of those who labored in an auto factory in On the Line, published in 1957.

The World War I-era repression of the Wobblies and other union radicals is a well-known story; likewise, the Cold War destruction of Communist union leadership after passage of the Taft-Hartley Act and the CIO’s purge of the Left from within its own ranks. But a socialist—or merely reformist—current within the labor movement can also vanish when its own most dedicated partisans give up the fight or think that the existing trade unions, whatever their flaws, fulfill the hopes and dreams of their youth.

This is what happened to the radicals who for more than a decade were linked to the Brookwood Labor College during the 1920s and 1930s, an institution that had a lot in common with the Labor Notes generation and its many educational and training ventures. Led by the socialist A.J. Muste, and with young radicals like Roy and Walter Reuther in frequent attendance as either students or teachers, Brookwood was something of a cadre school for the nascent CIO.

And that was just the problem: once radicals had played such a large role in building the new industrial unions, leftists of a wide variety of persuasions came to see these new institutions as embodying the aspirations they had once advanced under the socialist banner.

So what accounts for the unique longevity and the growing impact of Labor Notes and the democratic and militant current it has embodied within the larger labor movement? First, the founders of Labor Notes understood the problems confronting them and the larger labor movement better than the union leaders of whom they were so frequently critical and certainly better than the academics, radical or old-school, who spun endless theories of labor’s place in American society.(2)

In the years before 1979, many of those who would later found Labor Notes were members of the Trotskyist group International Socialists, later merged into Solidarity.(3) They published a newspaper called Workers’ Power, designed to move its working-class readers from “union consciousness”—which presumably they already enjoyed—to class consciousness and then a revolutionary understanding of the world.

But it soon became apparent that union consciousness could hardly be taken for granted. A publication was needed that, while critical of contemporary union leadership, saw its main task as educating, connecting, and animating a layer of labor activists whose main task was to build effective rank-and-file unions capable of fighting the boss on a sustained basis.

If socialists were to have any influence, “we had to create a lake to swim in,” recalls Mike Parker, an early Labor Notes writer. Kim Moody, an early staffer, called its constituency “the militant minority,” a phrase also used by labor historian David Montgomery when describing the activist layer that made possible the great strike wave before and during World War I.(4)

And this is why Labor Notes emphasized the mobilization of workers—not to seek the ouster of existing union officials (although when reform movements emerged or grew in the Teamsters, the UAW, and other unions, Labor Notes supported them), but rather to participate in organizing drives, contract campaigns, work stoppages, and strikes, sanctioned or otherwise.(5)

Such a strategy proved essential in an era when conservative forces were ascendant and when, to put it charitably, the leadership of most big unions proved inadequate to the challenges that were steadily shrinking both the power and membership of the organizations over which they presided.(6)

So one of the keys to Labor Notes’ longevity is that it filled the vacuum, ideological, organizational, and of spirit, created by a trade union apparatus in defeat and retreat. To take a seemingly prosaic example: grievance handling stands at the heart of shop-floor unionism, but for too many workers it had become a highly bureaucratized and legalistic procedure drained of any sense of self-empowerment. Labor Notes has therefore long published a column entitled “The Steward’s Corner” which offers exceedingly practical advice to help turn grievance handling disputes into union-building moments.

The old CIO unions used to do this, with engaging pamphlets like the 1940 “How to Win for the Union,” or the UAW’s brilliantly edited Ammunition, distributed to all stewards and local officers in the 1940s and 1950s. But that tradition faded, leaving Labor Notes to pick up the flag.

In the 1980s and early 1990s, Labor Notes waged two campaigns that resonated throughout the labor movement and beyond. In almost every issue, it fought the concessions bargaining foisted upon the unions by corporations large and small. Jane Slaughter’s 1983 book, Concessions and How to Beat Them, analyzed not only the logic behind this capitalist onslaught, but provided examples of how workers resisted and sometimes won.

The publication was an instant hit, used by trade unionists well beyond the Labor Notes orbit. For the unions, there were still more defeats than victories, but concessions were now recognized for what they were: not some inevitable function of economic globalism, but the raw exercise of corporate power to defeat workers.

An equally important fight, and one even more difficult to wage, came when Labor Notes offered a sharp critique of the corporate-sponsored Quality Circles and Team Production initiatives that even some top unionists and many academic experts thought central to a new and cooperative industrial relations regime.(7)

In a series of handbooks and at numerous “team concept schools” Parker, Slaughter, and other Labor Notes editors and writers explained how and why such ostensibly benign and cooperative programs were in fact a new form of speed-up and an effort by top management to eviscerate the very idea of trade unionism as a counter to employer power. Labor Notes called it “management by stress,” because the new production techniques burdened the worker and the work group with responsibility for getting out higher and higher levels of production with fewer people.

Here Labor Notes scored a clear ideological victory. Top unionists grew more skeptical, liberals realized they had been duped, and many workers came to understand that militant unionism required a critical deconstruction of even the most benign appearing managerial initiative.

If Labor Notes had been merely a periodical, it would have seemed a somewhat slight competitor to such venerable left-wing publications as Monthly Review and Dissent. Labor Notes has published few famous authors, nor has it offered readers much in the way of investigative journalism. But Labor Notes has profoundly touched the lives of thousands, because its monthly newsletter and its other publications are organically linked to the lively schools and workshops it has conducted over the years and the internationally well-known conferences—now bringing together nearly three thousand people—that it holds every other year, initially in Detroit but now in Chicago.

That switch in venue was prompted by the inadequate size of union hotels in the Motor City. But it is also a deeply symbolic shift in the object of socialist attention: from auto and other manufacturing workers to those in the service sector, and especially the school teachers who today stand as the vanguard of America’s working class.

Will Labor Notes last for another forty years? It’s possible, if only because its founding editors have successfully transferred power and responsibility to a new generation of activists and editors. But one actually hopes that Labor Notes will have radically transformed itself in the next several years. (And here I’m not talking about some new form of social media.)

Should the labor movement become more powerful, more militant, and more democratic, then the union consciousness that Labor Notes editors and organizers have sought to engender and advance will become far more pervasive within the working class. Perhaps at that point, advocacy of an even more radical kind of class consciousness will be on the agenda of the Left, requiring new and even bolder forms of education and struggle.