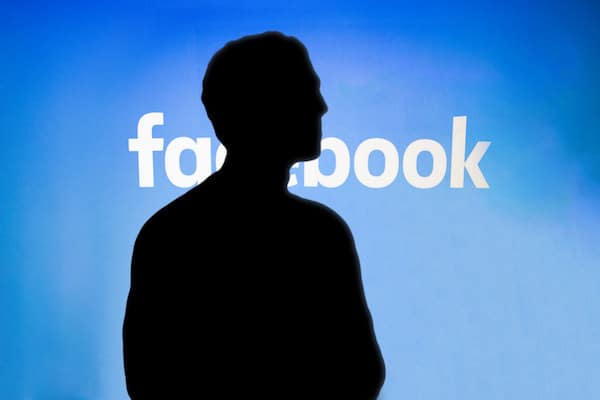 Along London high streets, over plexiglass-protected counters in the backs of barbershops and convenience stores, money flows around the world in the form of remittances—money typically sent by migrant labourers to their communities back home. Over the past twenty years the remittance have gone from being essentially an invisible economy, to a major World Bank talking point. Now, Facebook wants in.

The company has indicated plans to roll out a remittance service tied to cryptocurrency early this year, and their efforts have been intensifying. They’ve been on a hiring spree in recent weeks, rapidly expanding their cryptocurrency team. In February, the company announced that they were “aqui-hiring” the London-based startup Chainspace, their first purchase of a blockchain company.

All of this coming off of news in December that they’d be launching a stablecoin cryptocurrency as part of a new remittance service aimed at Whatsapp users in India—one of the largest remittance markets in the world.

Investors are excited by the move, the cryptocurrency world is buzzing, and the business press has been hung up on the possible implications for Facebook’s value. But little attention has been paid to the significance of “Facebook Coin” for international development. Following their Internet.org (formerly Free Basics) campaign, Facebook’s cryptocurrency initiative furthers an agenda of neoliberal financialization. And in order to understand the move, we need to understand the rise of remittances.

Remittances are at the core of terms like “economic migration” and “economic refugee”. The possibility of sending money to family members back home through informal community services, institutional providers like Western Union and MoneyGram, or more recently, mobile payment is often a big factor for why someone would travel abroad to work. Remittances enable families to join their loved ones abroad–a process that the Trump administration has referred to as “chain migration”. Importantly, its money in the form of wages that’s flowing from one country to another. While they’re not frequently discussed outside of the development community, remittances are central to arguments like Angela Nagel’s deeply dubious left-wing case against open borders: the idea that money is being funnelled out of the pockets of citizens, and into the pockets of migrant labourers.

Fundamentally remittances are about labour. Critics of Nagel argue that it’s important to recognize economic migrants as workers, and by drawing lines between local and foreign workers, Nagel misses out on the fact that what migrants face are labour issues. Migrant labourers aren’t taking our jobs–instead, financial institutions are cashing in on remittances and leaving migrant workers worse off, while the communities that migrants leave back home become trapped in a new form of colonial dependency.

Until recently money that moved in the form of remittances didn’t attract much attention from the development community, let alone the financial sector. As Hannah Cross, a professor at the University of Westminster studying remittances, explains, it’s only within the past 15 years or so that the scale of global remittances has been understood. Changes in accounting practices meant that the World Bank and other organizations could track and measure remittances, prompting further standardization of the flows of cash. And gradually, financial institutions started to leverage the “invisible” movement of cash from developed nations to underdeveloped nations as a form of development aid in itself.

It’s worth considering that the flow of remittances hit $466 billion USD in 2017, roughly three times as much as total development aid worldwide. “The World Bank recognized that the sheer volume of the flow had potential,” notes Cross. It could entice corporations to get involved in development as a profit-generating initiative. The fact is, remittances aren’t development money: it’s money earned through labour that’s sent back to underdeveloped countries because workers are forced to go abroad in order to support themselves and their families, thanks in part to global inequality caused by decades of the World Bank’s structural adjustment programs.

For the World Bank, the new objective that emerged—what Cross calls the remittance agenda—is to make money transfer services less costly and more efficient through increased competition. However as Cross explains, there was a third goal in mind: “financial inclusion”. To link migrant labour with banks and institutions is considered a way of alleviating poverty in itself.

Even as far back as 2014, when Facebook had only lightly gestured towards the potential of international money transfers, the World Bank was ecstatic about the prospect of the company getting involved. “[It’s] the assumption of a win-win: this is an expanding market, people can make profits out of it, and it brings development,” Cross says.

While Facebook will be be profiting off of economic migration, it will also be gaining influence as a colonial force, speaking to a larger trend of development financialization. For Marx, colonialism functions through primitive accumulation: capturing value in the pursuit of privatization and dependency. Facebook is intervening in the remittance exchange, privatizing it, and then making their platform essential for financial subsistence.

Cross points out that remittances in the past, particularly pre-9/11, were often managed by local community networks and rotating credit and savings associations. In the region surrounding the Indian ocean, hawala networks, an Islamic money exchange system, that was heavily restricted after 9/11. While these methods continue today, it’s the standardization of remittances which has brought them into development discourses. What remittances risk becoming today, Cross explains, is “a neo-liberal project of financialisation—the expansion of the frontier of financial accumulation—that aims to construct markets and integrate economies into global capitalist markets.”

This is the concept of “banking the unbankable” that became popular within development research. Ultimately, however, its institutions which benefit most from these banking schemes, dominating an untapped market and dictating the terms of agreement. These collectivized financial services offer a stark comparison to Facebook’s centralized tech solution to a problem that, at least on one level, doesn’t actually exist.

But in all likelihood Facebook’s aims aren’t limited to remittances themselves. And that means even beyond the data that Facebook harvests from users. Vincent Guermond, a doctoral student at Queen Mary’s University London, who has done research on the financialization of remittances, points out that mobile remittance have quickly become the foundation of additional financial products, including insurance and high-interest rate micro-loans tied to remittances. “Banks and microfinance institutions in the global south, but also mobile phone network operators, are really trying to use remittances as an entrypoint, as an instrument to include previously excluded households, whether or not you think the inclusion-exclusion dichotomy works.” For economic migrants sending money back home, Facebook Coin will quickly become a path to financial dependence.

On a technical level, Facebook’s cryptocurrency is being developed as a stablecoin, which means that it will have a fixed price, pegged to a fiat currency (like the U.S. dollar) or a commodity. Instead of being a vehicle for speculation, Facebook is giving the coin a practical service: sending money internationally.

“What’s important about financialization is the expansion of finance into different layers, to the individual, to the household, to social reproduction,” says Cross. When remittances become formalized, the funds that an individual might send home to help support their young children become part of a financial system. By “banking the unbankable”, Facebook becomes, unsurprisingly, a bank. The basics of family ties, domestic management, and the economics of a community all become a function of the platform and its policies.

The other place to turn to understand Facebook’s long-term plan with Facebook Coin is their controversial Internet.org campaign, which promises free internet usage in exchange for the company’s control over access, giving it an incredible power over information. To date, Facebook’s Free Basics is active in 65 countries—almost entirely countries in the global south. Notably however, Indian regulatory officials blocked Free Basics in 2016, despite Facebook’s intense lobbying campaign in the country. Facebook Coin is another attempt to gain influence in India.

From an “invisible” flow to a hyper-surveilled part of daily life, a remittance service like Facebook Coin gives Facebook an enormous amount of power, creating users as financial subjects. “This idea that people that are excluded from the formal banking system are in need of being included, as if these people are are in need of being financially integrated,” explains Guermond. Data extraction and financialization go hand in hand, making it nearly impossible to live without Facebook, and providing the platform with important access to an individual’s daily financial decision-making.

There’s been speculation that Facebook is attempting to emulate WeChat, a popular Chinese app that offers money transfer services. In many ways WeChat is a much wider platform than Facebook–users can make mobile payments as well as interact with a host of city services to do everything from pay electricity bills, make a doctor’s appointment, book travel, or check for crowds using a heat map—which Chinese authorities have been reported to use as well.

In “marketizing development”, corporations are able to exploit workers wages at yet another point along the supply chain, Cross explains, while simultaneously making them more dependent on corporate services and opening up vectors of control.

While cryptocurrency still carries the promise of an alternative economy for some, Facebook Coin is set to replicate colonial power. The company’s form of primitive accumulation is based less in traditional burn and pillage colonialism and more on collecting users data and building reliance. “Big Tech corporations use proprietary software, corporate clouds, and centralised Internet services to spy on users, process their data, and spit back manufactured services to subjects of their data fiefdoms,” Michael Kwet describes in a recent piece about digital colonialism for Al Jazeera. Facebook is grooming a developing market and attempting to seize as much control as possible as soon as it can.

By establishing reliance on their remittance service, harvesting data, and (eventually) charging additional fees for financial services, Facebook is repeating a colonial model of subjugation.

The fact that Facebook’s remittance project takes advantage of some of the world’s most vulnerable populations has mainly been a footnote in coverage of what many regard as an exciting tech development. India’s remittance market is more than a testing ground for Facebook’s payment-system innovation—it’s a way for Facebook to monopolize an essential part of people’s lives and to further a program of digital colonialism.