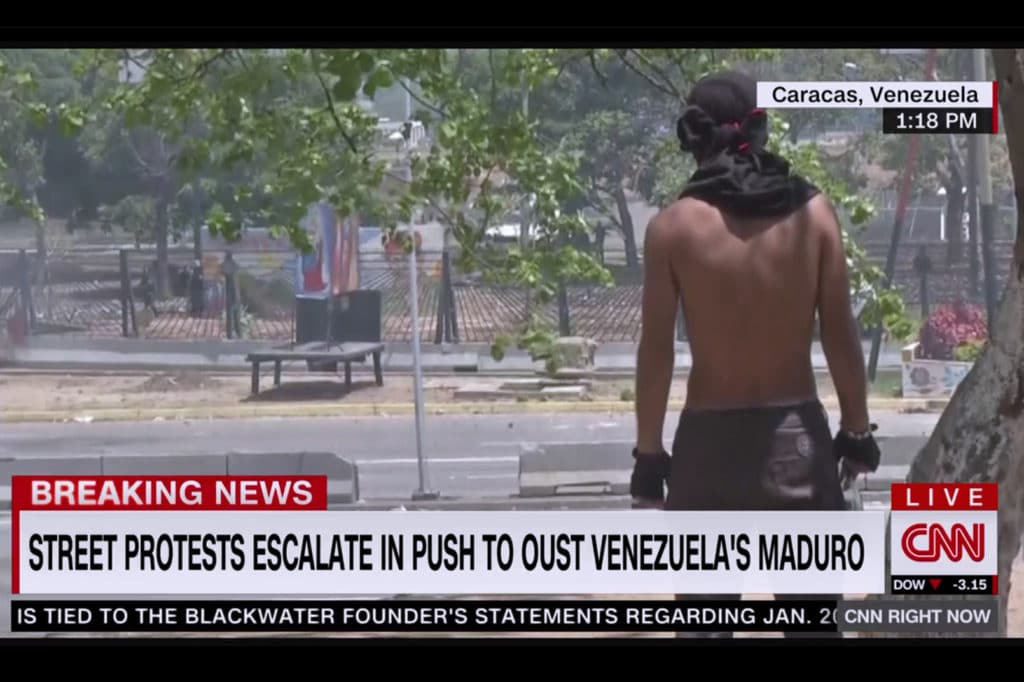 A military coup attempt is underway in Venezuela on Tuesday, April 30, with imprisoned right wing leader Leopoldo Lopez, and self-proclaimed “Interim President” Juan Guaido and some members of the armed forces blocking a highway in Caracas and calling on the military to rise up

According to reports, a group from Venezuela’s Sebin intelligence service freed Leopoldo Lopez from house arrest early Tuesday morning. Lopez then joined Guaido and a handful of members from different branches of the armed forces in the Altamira highway in eastern Caracas close to La Carlota airbase. Lopez and Guaido published videos on social media calling on other elements of the armed forces to join the uprising and on their supporters to take to the streets. Guaido vowed that this was the “final phase” in ousting the Maduro government.

The Venezuelan government promptly reacted, condemning the coup attempt and vowing that it would be defeated.

“We inform the Venezuelan people that right now we are facing and deactivating a small group of traitor soldiers who have positioned themselves on the Altamira overpass to attempt a coup against the state and the constitution,” Communications Minister Jorge Rodriguez tweeted.

The President of the National Constituent Assembly, Diosdado Cabello, spoke on state television, vowing that the uprising would be defeated and that those responsible would have to “assume their responsibilities.” He also called on the people and the Bolivarian militia to go out on the streets and defend Miraflores Palace.

For his part, Defense Minister Vladimir Padrino López reported that military units throughout the country reported total normalcy, and that the military remain loyal to President Maduro.

At the time of writing, Guaido’s followers are taking to the streets both in Caracas and other parts of the country, blocking roads in support of his new call for a coup. Minor confrontations with tear gas have been reported outside La Carlota air base in Caracas.

Guaido had previously called for the “largest march in Venezuela’s history” scheduled for Wednesday May 1, while a Chavista march celebrating workers’ day was also expected to take place.

(We will be updating this space with more developments.)