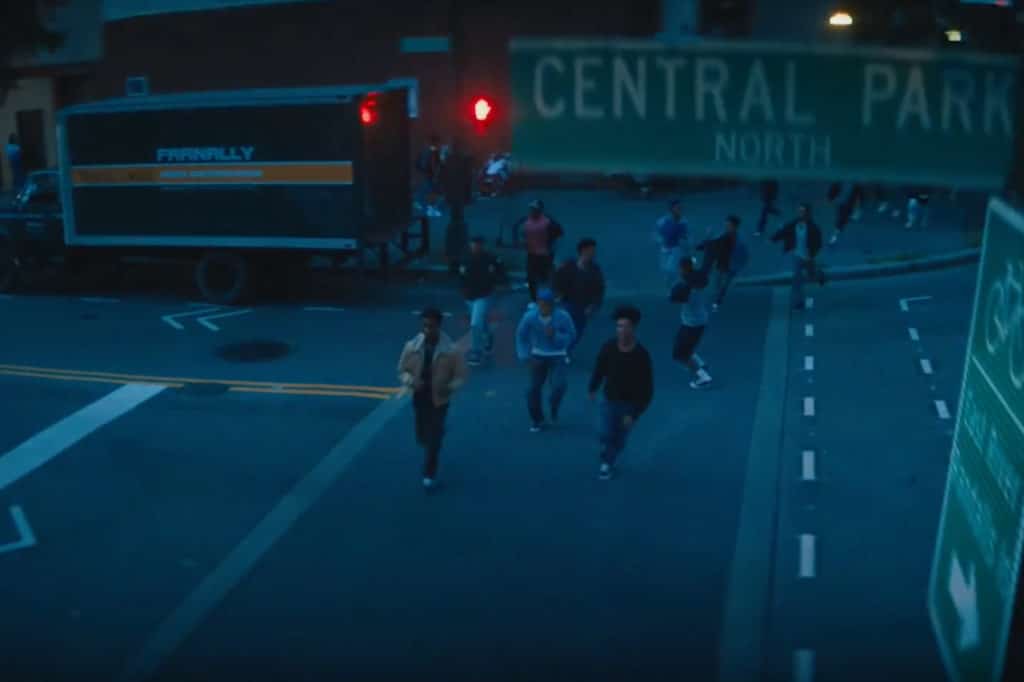 I watched When They See Us this past weekend. Ava Duvernay explodes the horror of white supremacy in white people’s faces, if we will look. I have to respond to her generosity.

The five boys—Antron McCray, Yusef Salaam, Raymond Santana Jr., Korey Wise and Kevin Richardson—and their mothers and fathers and sister tell their story of horrific, yet normalized (in)justice. It is agonizing to see these 14 to 16-year-olds so brutalized. Their mothers and fathers were unprepared for the horror to follow. Because there was no credibility to the charges there was also just disbelief as to what was happening. No one had their moorings at the ready, except maybe Yusef’s mom who came to the precinct and demanded to see her (minor) son. She knew her rights, for as much as it could help Yusef. And Antron’s sister made me cry. She sat there being pretty sure she should not sign the confession for her brother, but he cried bitterly and begged to go home with her. When she signed, I cried. I kept wondering if I would have signed.

What follows is a confession of sorts. I want white supremacy to end, no matter what it means for me or other white people. I must do whatever I/we can to end the crushing system of white supremacy that keeps white womanhood in place as a site for punishing and erasing people of color. Rape is too often the crime that creates the furious punishment of people of color, but most especially black men. The rape of Black enslaved women was the law of the land during chattel slavery. Black women could not be officially raped because they had no legal standing in the law. Rape was something done to white women; and the usual foil was black men, and in this case, black boys. Meanwhile, white men rape and sexually assault white women daily while too often evading the process through the racist tropes of sexual violence.

So—it was agonizing for me that two white women prosecutors were so pivotal in the lies and fabrications which ended up condemning 5 black boys and their families to hell. It is time that white women say that we completely condemn the legal carceral system for its racist and misogynist practices. There is no fairness because there is no neutral place/space. Racist misogyny leaves no dignity for any woman, but the life of Black women of every sort and kind starts from a place of white punishment. I keep wondering how to be present and dismantle the punishment.

When I listened and watched each of the mother’s on their visits to the prisons to see their sons I kept saying to myself this would be me: telling them how much I loved them, refocusing them to the love I have for them, making sure that they knew I would change places in a heart beat. The sheer force of their love reveals everything about the boy’s humanity and the way it was torn from them.

Ava Duvernay did what she always does—connects the person to the family and community of which they are a part. People do not stand alone and apart. Their humanity and possibility is found here in their connection to one another. After all, the only reason Korey Wise went down to the precinct in the first place was to be helpful to his friend Yusef. These boys would have been lost to the world and the criminal system if it were not for their loved ones loving them.

When They See Us—reminds me of James Baldwin. In order to really see these boys and their families white people have to see themselves as participatory in racism. So to see their innocence “we” must see our own part, our guilt, our responsibility in the newest forms of slavery, no longer chattel, but carceral.I am wondering if I am making this too much about myself, and white people—but I am pretty sure that in order to really see and love black people we must absorb the atrocities and promise to change them. So, it has to be about us and us changing ourselves, not for the asking, but because of the suffering—there is no other choice. Otherwise, we allow and therefore perpetuate the suffering.

The mothers broke me; the fathers sent me spinning with their helplessness against the force of it all; the boys—so innocent and destroyed, and yet present. I had thought I knew the story of the Central Park Five but I did not know/feel/breathe enough of it. I had not felt the piercing pain as a blow of sheer agony. White supremacy is excruciating, explosive, and intolerable to live. If I am really looking to see this pain, it devastates.

When They See Us makes white people see themselves when white privilege always gives us the option of not seeing, avoiding, silencing, pretending, doing nothing. People of color always are in the presence of white privilege—they know how it feels, and smells and sounds. They are weary of it if and always negotiating around it. As a black friend says to me: I don’t make white people uncomfortable. When they feel uncomfortable they get mean. They punish. As white, I cannot see enough, feel enough, or know enough. I might think I do, but I do not. From this humbled starting point we must really look to see.

She led with her prejudices and anger about a brutal rape. She overstepped as head of the Manhattan District Attorney’s sex crimes unit. But I am a feminist and also deplore the rape of any woman, let alone the viciousness of this one. She could not see her racism so she could not see the 5 boys she was accusing. She knew time lines were askew, she knew there was no DNA evidence, she knew there were multiple inconsistencies and she did not care.

The other district attorney, Elizabeth Lederer was more skeptical of the case and urged some hesitancy in the beginning. But then she dropped her concerns in order to wrap up the case and get a win for the city. I keep wondering how she could step from knowing these boys were probably not the rapists to destroying their credibility in the courtroom and throwing their lives away. Racism, and the exclusion of these boys as visible made her blind to them. And with this racist blindness, there is no justice.

The revisiting of the racist trope in this Netflix series once again exposes the part white women play—both inadvertently and consciously— in renewing the racism deeply embedded in the narrative of white women’s rape.

I, along with others, am hoping for a public shaming of every racist in this story. Already, in these early days following the airing of When They See Us, Fairstein was asked to resign her seat on Vassar’s board of Trustees, and she has done so; there is also a petition circulating that calls for the firing of Lederer at Columbia Law School. But I also caution against reducing the problem to the actions of individuals. Rather, this case should be used to shed light on the corruption and terrorism of the carceral system at its structural roots. Remedies are needed for all victims of our racist carceral system: the Eric Garner’s and Kalief Browder’s and Sandra Bland’s.

Although Antron, Yusef, Raymond, Korey and Kevin were exonerated of the crime—the rapist confessed in 2002—there has been no apology or reckoning or structural changes for the wrongs done.

Duvernay has succeeded: I am the they and I see you with a new promise: to interrupt, undermine, uncover, dismember the injustice that makes us blind.

As I have said elsewhere—I will be more than an ally. I will be a comrade. I am a sister under the skin. You can count on me and other anti-racist feminists to see you and fight for you.

I am grateful that Duvernay’s TV series, Queen Sugar (that I have watched from the start), picks up again later this month. I need to watch the love and camaraderie amidst the hard times we live in, and commit and re-commit to it over and over again.

Zillah Eisenstein is a well known anti-racist feminist author, activist, and professor. She has written more than 12 books and hundreds of articles detailing the continual struggles for social justice by women of all colors across the globe. See her website for more details.