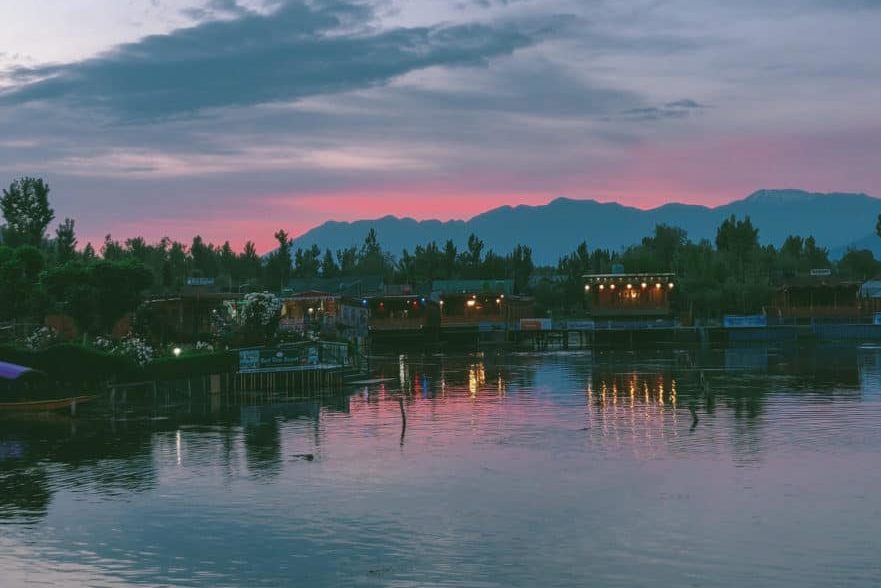 The Legislative Assembly in the state has been suspended. Its elected officials have been placed under house arrest. The press has been gagged, protests have been violently disbanded, and social media has been shut down.

A bill in parliament suggests the normal function of democracy; the actual situation on the ground in Jammu and Kashmir is undemocratic.

T.K. Rangarajan, a Communist Party of India (Marxist) member of parliament, condemned the government’s decision. “You are creating another Palestine,” he warned. Despite the gag on the press, news began to filter out. Before Shah introduced this bill, his government sent tens of thousands of Indian troops into Kashmir. There is no official number, but it is often said that there are nearly 600,000 Indian troops in the state. That a population of 12 million people needs this kind of armed action suggests that they are an occupied people. Rangarajan’s parallel with Palestine is credible. As each day passes, Kashmir resembles the West Bank.

Last year, my colleague and friend Shujaat Bukhari was murdered. Shujaat was a journalist who had tracked the levels of anger in Kashmir as a result of the behavior of the Indian government and its army. The use of the military, long curfews (some for two months on end), brazen violence against young people, and denial of dialogue have created a dangerous situation. “This is a political bomb that can explode with even a minor trigger,” he wrote.

In July, the UN High Commissioner for Human Rights released a report that showed that terrible violence had become routine. The military has been using metal shotgun pellets, arbitrary detentions, and “cordon and search operations.” The Jammu and Kashmir Coalition of Civil Society’s calculations showed that casualties have escalated over the past few decades to be the highest in 2018. Their report on torture shows that thousands of civilians have been arrested and imprisoned without charge, and tortured. There was no sign that the violence would end.

The BJP-led government kept the reorganization policy under wraps. No one was informed about this before Shah made his speech in parliament. There was no discussion allowed in Jammu and Kashmir, neither in the Legislative Assembly nor in the press.

Jammu and Kashmir, like many of India’s border states, has a special status in the Indian Constitution. Articles 35A and 370 ensure the integrity of the state and allow its autonomy in aspects of governance. In India’s northeastern states, article 371 offers states from Mizoram to Sikkim the same kind of autonomy. The BJP has said that it would not annul article 371. The action was taken pointedly against Kashmir.

The Supreme Court, as recently as 2018, had upheld the constitutionality of article 370, while the special presidential order of 1954 that inserted Article 35A cannot be easily dislodged. Legally, the BJP-led government’s actions should and will be challenged in court. But the damage is done. A suffocated Jammu and Kashmir feels the weight of the BJP’s pillow on its face.

There is nothing new about the harsh treatment of India’s border states. Violence from the northeast to Punjab has become utterly common. This is often in the name of securing the state from its enemies. But the violence of the state has been a greater spur to the alienation of the people from Nagaland to Kashmir than any gesture from China or Pakistan. The behavior of the BJP-led government is along the grain of this violence, which had been legally secured through the Armed Forces Special Powers Act of 1958, which gave the Indian military license to behave like an occupying army along the border region.

Will the Indian government release maps of the new union territories of Ladakh and of Jammu and Kashmir? It is unlikely.

In 1962, India and China fought a war over territory in Ladakh and the northeast of India. China seized the territory of Aksai Chin, which forms a considerable part of the high plateau of Ladakh. That territory allowed China to build a road to connect Tibet to Xinjiang province. It is now effectively Chinese territory. It is highly likely that the BJP government has informed the Chinese of its action in Jammu and Kashmir and has now ceded any claim to the Aksai Chin region. A map of Ladakh will be truncated, with Chinese control of Aksai Chin now acknowledged.

The Kashmir region is divided between India and Pakistan. On both sides of the border, the Kashmiri people face undemocratic treatment. The China-Pakistan Economic Corridor (CPEC) runs through Pakistani-controlled Kashmir. It is a $46 billion project that runs from the Gwadar Port in Balochistan along the Karakoram Highway into China. Last year, troops from China’s People’s Liberation Army were spotted along the highway, not far from the line of control between India and Pakistan.

At the same time, Chinese construction crews have been building a roadway near (or in) Bhutan, a country whose foreign policy is run by India. This road in the Doklam area raised the temperature between India and China, with diplomatic notes flying from one capital to the other.

The Indian government’s move on Jammu and Kashmir should not merely be seen as an internal matter. It is inextricably linked to the geopolitical atmosphere around the region. Pakistan has taken the matter to the United Nations, while India’s senior diplomat has hastened to China. China has thus far supported the Pakistani position. This is not about democracy for them, but the Belt and Road Initiative.

For the BJP-led government as well, this might be as much about fears of the expansion of China’s Belt and Road project as it is about a long-standing project to bring Kashmir to heel. Both of these motivations are in play.

Either way, the hospitals in Jammu and Kashmir fill up with injured civilians. It has been hard to celebrate Eid in the state. Journalist Mudasir Ahmad visited the Lal Ded maternity hospital in Srinagar. He met Bilal Mandoo and Raziya, who were sitting with their stillborn baby. Stuck in the curfew, complications at the birth led to the death of their child. They are trapped in the hospital. “I feel like I’m choking here,” says Raziya. She speaks for all Kashmiris.

The hospital is named for a 14th-century mystical poet Lal Ded. She wrote a poem centuries ago that speaks to the uncertainty of her homeland:

I’ve been unchained from the wheel
of birth and death.
What can the world do to me?