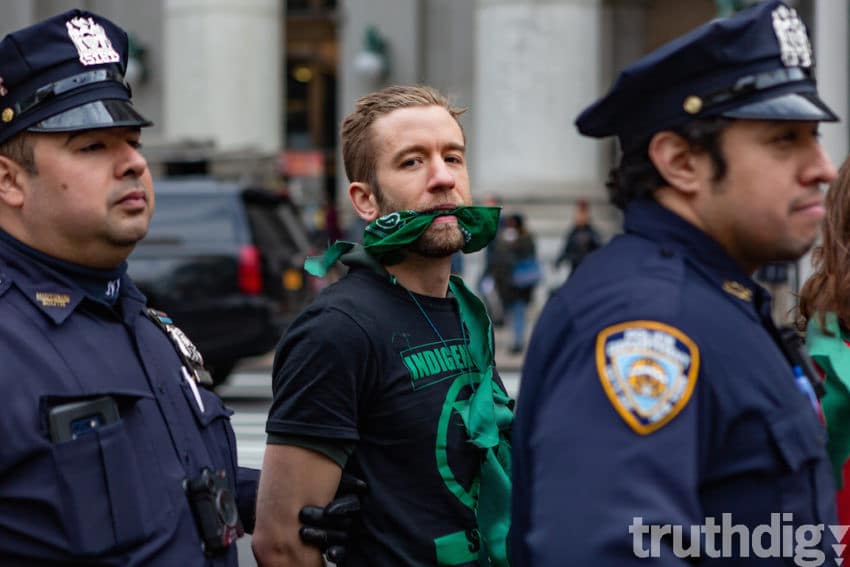 Many of us are deeply concerned about the recent wave of mass shootings and hate crimes that have taken place across the United States. As the Department of Justice reported, in 2018 alone there were 25 race-based terrorist attacks on U.S. soil, each committed by an alleged white supremacist. Immediate action is needed to address this crisis and tragedies like the Aug. 3 shooting in El Paso, Texas.

So I read with interest a recent press release of Rep. Michael McCaul—the Republican incumbent in the Texas 10th Congressional District and my opponent in the 2018 election—in which he announced a new bill  to respond to domestic terrorism.

My hopes for reasonable legislation were quickly dashed, however, and replaced by deep concern.

The proposed bill would create a broad definition of “domestic terrorism” to include any attempt to “affect” or “influence” government policy or actions. And it would include property damage—even attempted property damage—as a terrorist act subject to a 25-year prison sentence.

In other words, if you opposed the Dakota Access pipeline at Standing Rock and wanted the government to revoke the pipeline permit, you might be considered a terrorist.

If you painted “Black Lives Matter” on a wall to advocate against police violence, that could be terrorism, too.

And if you threw a rock at a bank window to take a stand against the 1% —even if you missed—you could spend half your life in a federal prison.

So far as I can tell, McCaul and his co-sponsors are taking advantage of a moment of profound insecurity to advance a bill that will criminalize dissent.

The full bill is less than four pages, and would accomplish three main things: 1) define the “intent” necessary to commit a crime of domestic terrorism; 2) identify five sets of qualifying offenses; and 3) punish unsuccessful “attempts” and “conspiracies” to commit these offenses.

The definition of “intent” shows the bill’s sweeping impact, far beyond responding to recent mass shootings.

In regard to five criminal offenses, an act is “domestic terrorism” if is performed “with the intent to intimidate or coerce a civilian population or influence, affect, or retaliate against the policy or conduct of a government.”

As a civil rights lawyer, I’m trained to look for vague language, because that is often the gravest threat to constitutional rights. Here, federal prosecutors could charge terrorism if actions might “affect” or “influence” a government policy. This is an extremely broad definition of terroristic intent.

Five crimes are included in the bill’s broad definition of domestic terrorism: murder, kidnapping, aggravated assault, simple assault and property damage. With respect to the crimes against people, these are already punishable under existing state and federal law, although the bill would impose longer sentences, such as 30 years for assault. Property damage would result in a 25-year sentence, far beyond the bounds of any state vandalism law.

The final key aspect of the bill has to do with how it treats unsuccessful attempts and conspiracies: “Attempts or conspiracies to commit an offense … shall be punished in the same manner as a completed act of such offense.” In other words, don’t even find yourself in the same room as someone contemplating political property damage—or you can be deemed a terrorist, too.

The bill includes the word “conveyance” in its definition of property damage, which is a signal that the Standing Rock protests were likely a consideration.

On the same day as McCaul’s press release, The Intercept reported  that American Fuel & Petrochemical Manufacturers is lobbying to enact legislation that will enhance criminal penalties for any pipeline damage. With the support of the American Legislative Exchange Council, it has enacted laws in nine states. Oklahoma, for example, created a crime punishable by up to 10 years in jail for damage to a pipeline—again, far beyond existing federal penalties.

The McCaul bill mirrors this approach, and creates major federal crimes for property damage connected to a political cause.

For all of the crimes in question, from murder to vandalism, existing penal codes give prosecutors ample room to bring cases. Nothing is stopping federal authorities from charging mass shooters with hate crimes or crimes of violence and seeking sentences up to and including life in prison and the death penalty.

But there is currently no law that would empower federal prosecutors to charge protesters with major federal crimes for property damage caused during a protest.

While this bill is rolled out, President Trump is ranting daily against “antifa” (i.e., anti-fascists). Recent news footage showed clashes in Portland, Ore ., between white supremacist groups and anti-fascist demonstrators. Were those confrontations tantamount to domestic terrorism? The McCaul bill would give federal prosecutors near blanket authority to charge either group with terrorist charges. And Trump has already made clear which group he would focus on.

There are countless examples of protest activity that McCaul would open to terrorism charges. As for Bree Newsome Bass, who scaled a flagpole in Charleston, S.C., to remove a Confederate flag? She’d be considered a terrorist. Students at Duke University who toppled a Confederate monument? Also terrorists.

Under this definition, the Boston Tea Party itself was a terrorist act: “Property damage, with the intent to influence a government policy.”

This is not the way we reduce mass shootings in America. This is not a tool to confront white supremacist attacks. Rather, this is an open invitation to trample the Constitution and give free reign to a dictatorial regime.

Mike Siegel is a former public school teacher and civil rights lawyer. He was the 2018 Democratic nominee in the Texas 10th Congressional District. He is running again in 2020.