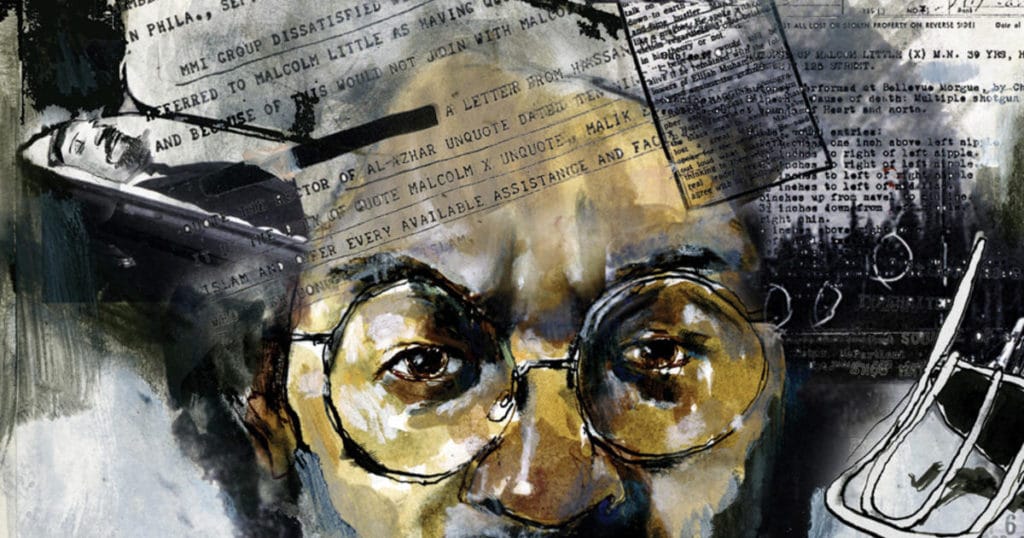 With denying the reality of global heating being as much a core principle of the Trump-era Republican party as opposing abortion and gun control, there might seem to be little common ground between environmentalists and the far right. But some U.S. immigration foes have argued that not letting foreigners in would protect the purity of both nature and culture. In Europe, this idea is widely circulated as well — and in Germany, the racial-nationalist Alternative für Deutschland (AfD, Alternative for Germany) party advocates protecting “an unspoilt and diverse environment.”

The AfD, which won seats in the German parliament for the first time in 2017, contends that “nature conservation” issues should not remain the exclusive domain of the left-environmentalist Green Party. Its platform opposes land speculation, supports holistic forestry management and calls animals “fellow creatures” that should not be subjected to inhumane treatment.

Despite this ostensibly green agenda, the AfD continues to deny the basic facts of climate science, which show a clear correlation between humans’ carbon-dioxide emissions and global warming. “The greenhouse effect is not real,” party climate specialist Rainer Kraft recently declared on national TV. The AfD accuses the German government and international agencies such as the U.N.’s Intergovernmental Panel on Climate Change of conveniently omitting “the positive influence of CO2 on plant growth and world nutrition.” It advocates withdrawing from the Paris Agreement on reducing emissions and has called 16-year-old Swedish climate activist Greta Thunberg a “sick child.”

Dismissing climate politics as socially unjust and economically risky, the AfD aligns itself with the interests of extractive industries and climate-change-denier think tanks like the German organization EIKE, the European Institute for Climate and Energy. Two AfD figures, energy-committee head Burkard Reimer and parliamentary candidate Michael Limburg, were coauthors of EIKE’s 2014 “Manifesto on Energy Politics.” EIKE’s annual conference is co-sponsored by the Heartland Institute, a U.S.-based denialist organization. EIKE also appears to have ties to the Committee for a Constructive Tomorrow (CFACT), a Washington-based nonprofit that advocates market-oriented solutions to environmental issues. Both U.S. groups have received funding from the Koch brothers and ExxonMobil.

The AfD, which was founded as an anti-Euro party and is rooted in a neoliberal tradition, uses green politics to portray itself as the party of the “little man.” It rejects government climate policies, such as the Erneuerbare-Energien-Gesetz (EEG), a series of German laws devised to encourage the generation of renewable energy, because it considers them to be measures of a “state-directed economy.” The AfD wants to scrap the EEG, arguing that it hurts lower-income households by raising energy prices. It also opposes wind energy on the grounds that “wind turbines present eyesores in cultural landscapes and pose an often fatal risk to birds.”

If this environmental agenda broadly resembles that of right-wing climate denialists, the AfD has other motives for its environmental concerns: Party spokesperson Georg Pazderski recently stated that they are about protecting the homeland (Heimatschutz). It is possible that Pazderski, who is considered a moderate, intended that statement as a way to compete with the Green Party, which rose to third place in the May elections for the European Parliament, winning almost twice as many votes and seats as the AfD.

Pazderski’s use of the word “homeland,” however, evokes an old German right-wing tradition. The Heimatschutz movement of the late 19th and early 20th centuries sharply criticized industrialization, advocating an environmentally and culturally pristine German landscape. Soon after, the Nazis’ “blood-and-soil” ideology turned the concern for the German homeland into one for the German Volk. A supposed ethno-racial community of blond-haired, blue-eyed Aryans now claimed a natural right to the national territory in which it was organically rooted. To guarantee the health of the Volk, the Nazis sought to curtail “ecological stresses” in the form of environmental pollution, overpopulation and immigration.

Rainer Kraft echoed those sentiments in a 2018 parliamentary debate, when he accused the Social Democrats and the Greens of endangering the environment by “promoting mass migration to Europe, even though the CO2 footprint of the average European is ten times that of someone from Africa.”

Some U.S. far-right groups advocate a similar nativist vision that seeks to restrict immigration to protect both nature and the nation from cultural and racial “pollution.” “Immigration policy must be limited to conserve our environment, open space, and natural resources,” the Federation for American Immigration Reform declared in 2010. FAIR’s late founder, John Tanton, was a former Sierra Club official who started the group after he was unable to get much support for anti-immigration politics in the mainstream environmentalist movement. The man who massacred 22 people in El Paso, Texas on Aug. 3 referred to environmental scarcity several times in the racist screed against the “Hispanic invasion of Texas” he posted online just before the mass shooting.

Using green sensibilities to rally people around a nationalist ideology is also at the core of the AfD’s agenda. The party, which does not seem to see a contradiction in its embrace of “a healthy environment” and climate-change denial,  fuels fears that climate politics could threaten Germany’s national sovereignty — for example, if ending fossil-fuel production would make the country dependent on oil and coal imports. The AfD’s new environmental agenda is thus not merely a rejection of the German government’s climate policies. It is an attempt at pushing back against a growing climate justice movement and international demands for a global response to the climate crisis.