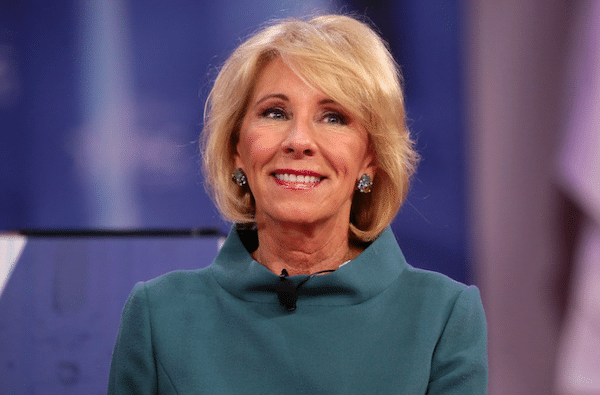 The U.S. Department of Education has determined the Duke-University of North Carolina Consortium for Middle East Studies misused Title VI funds and they’re requiring the program to provide a revised list of activities that will use these funds over the coming year.

In June, the Education Department announced it was investigating the consortium over a conference it held in March called, “Conflict over Gaza: People, Politics, and Possibilities.” On September 17, U.S. Assistant Secretary for Postsecondary Education Robert King published a letter in The Federal Register  detailing the Departments conclusions.

King’s letter accuses the consortium of pushing “narrow, particularized views of American social issues” on students. “Although a conference focused on ‘Love and Desire in Modern Iran’ and one focused on Middle East film criticism may be relevant in academia, we do not see how these activities support the development of foreign language and international expertise for the benefit of U.S. national security and economic stability,” reads the letter.

In order to receive future Title VI funding, the letter makes it clear the program must revise its schedule and provide the department with details on its spending and “a description demonstrating how each activity promotes foreign language learning and advances the national security interests and economic stability of the United States.”

The investigation was launched by Education Secretary Betsy DeVos in response to complaints from Rep. George Holding (R-NC). “Honest academic debate featuring diverse perspectives and a wide-range of views is critical in a democratic society and a central tenet of American’s educational system,” Holding wrote to DeVos, “However, it is irresponsible, immoral and unproductive for taxpayer dollars to fund overtly biased advocacy under the guise of academic discourse.”

As Mondoweiss‘ Yumna Patel wrote in June, the controversy began after the Palestinian musician Tamer Nafar of the group DAM performed a satirical song about an Arab falling in love with a Jewish IDF soldier. “This is my anti-Semitic song,” Nafar joked to the crowd, “I know it might sound [like] R&B stuff, but don’t think of Rihanna when you sing it, don’t think of Beyonce. Think of Mel Gibson. Go that anti-Semitic. Let’s try it together because I need your help. I cannot be anti-Semitic alone.”

Weeks after the conference, a pro-Israel  blogger posted a video of Nafar making these comments without any additional context. “How could you honestly believe that someone was saying that seriously?” Elyse Crystall, an Associate Professor of English and Comparative Literature at UNC told Patel. “I thought it was brilliant, ironic, satirical and a critique.

Crystall is Jewish herself but told Patel, “I came home singing the song to my partner. It was completely obvious that he was being sarcastic, not only sarcastic, but he was making a pointed critique of the U.S.,” she continued. “It’s like he was holding up a mirror to us Americans.”

Michael Arria is the U.S. correspondent for Mondoweiss.