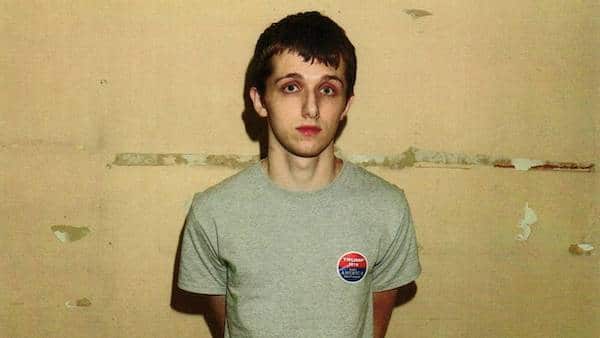 In recent years, the reactionary, authoritarian and/or fascist extreme right wing has been in the ascendant all over the world: it already governs half of the world’s countries. Among the best-known examples are: Trump (United States), Modi (India), Orbán (Hungary), Erdoğan (Turkey), Daesh (Islamic State), Salvini (Italy), Duterte (Philippines), and now Bolsonaro (Brazil). But in several other countries we have governments close to this trend, even if they do not have such an explicit definition: Russia (Putin), Israel (Netanyahu), Japan (Shinzō Abe), Austria, Poland, Burma, Colombia and so on. In fact, the distinction between these two groups is completely relative.

In each country, this far right has its own characteristics: in many cases (Europe, United States, India, Burma) “the enemy”–that is to say the scapegoat–is Muslims and/or immigrants; in some Muslim countries, it is religious minorities (Christians, Jews, Yazidis). In some cases, xenophobic nationalism and racism prevail, in others religious fundamentalism, or hatred for the left, feminism and homosexuals. Despite this diversity, there are some features common to the majority, if not all: authoritarianism, fundamentalist nationalism–“Deutschland über alles” and its local variants: “America First”, “O Brasil acima de tudo” and so on–religious or ethnic (racist) intolerance, police/military violence as the only response to social problems and crime. Characterization as fascist or semi-fascist may apply to some, but not all. Enzo Traverso uses the term “post-fascism”, which can be useful, designating both continuity and difference.

On the other hand, the concept of “populism”, used by some political scientists, the media and even a part of the left, is completely unable to account for the phenomenon in question, and only serves to confuse the issue. If in Latin America from the 1930s to the 1960s the term corresponded to something relatively precise–Vargaism, Peronism, and so on–its use in Europe from the 1990s is increasingly vague and imprecise.

Populism is defined as “a political position that supports the people against the elite”, which can be applied to almost any movement or political party! This pseudo-concept, applied to far-right parties, leads–voluntarily or involuntarily–to their legitimization, to making them more acceptable, if not sympathetic (who is not for the people against the elite?), carefully avoiding problematic terms: racism, xenophobia, fascism, far right. “Populism” is also used in a deliberately mystifying way by neoliberal ideologues to bring about an amalgamation between the far right and the radical left, characterized as “right-wing populism” and “left-wing populism” opposing neoliberal policies, “Europe” and so on.

How do we explain this spectacular rise of the far right, in the form of governments, but also of political parties that do not yet govern, but have a wide electoral base and influence the political life of the country (France, Belgium, Holland, Switzerland, Sweden, Denmark, and so on)? It is difficult to propose a general explanation for such different phenomena, expressive of contradictions specific to each country or region of the world; but since it is a planetary trend, we must at least consider some hypotheses.

An “explanation” to reject would be that which attributes the rise of the radical right to migratory waves, particularly in the United States and Europe. Migrants are the convenient pretext, the stock in trade of xenophobic and racist forces, but by no means the “cause” of their success. Moreover, the far right is flourishing in many countries–Brazil, India, the Philippines…without any mention of immigration.

The most obvious explanation, and no doubt a relevant one, is that capitalist globalization, which is also a process of brutal cultural homogenization, produces and reproduces, on a world scale, forms of identity panic (the term is Daniel Bensaïd’s), leading to intolerant nationalist and/or religious demonstrations, and favouring ethnic or confessional conflicts. The more nations lose their economic power, the more the immense glory of the Nation is proclaimed “above all.”

Another explanation would be the financial crisis of capitalism, which has caused economic depression, unemployment, social marginalization since 2008. This factor may have been important to make a Trump or Bolsonaro victory possible, but much less valid for Europe: in rich countries, among the least affected by the crisis, such as Austria or Switzerland, the far right is very powerful, while in the countries most affected by the crisis, such as Spain or Portugal, the left and the centre left are hegemonic, and the far right remains marginal.

These processes take place in capitalist societies where neoliberalism has dominated since the 1980s, destroying social bonds and solidarities, deepening social inequalities, injustices and the concentration of wealth. We should also factor in the weakening of the Communist left following the collapse of the so-called “actually existing socialism”, without other more radical left forces succeeding in occupying this political space.

These explanations are useful, at least in some cases, but are insufficient. We do not yet have a global analysis for a phenomenon that is global, and that takes place at a particular historical moment.

History does not repeat itself: we can find similarities or analogies, but current phenomena are quite different from the models of the past. Above all, we do not have–yet–totalitarian states comparable to pre-war ones. The classical Marxist analysis of fascism defined it as a reaction of big capital, with the support of the petty bourgeoisie, faced with a revolutionary threat from the workers’ movement. One wonders whether this interpretation really accounts for the rise of fascism in Italy, Germany and Spain, in the 1920s and 1930s. In any case, it is not relevant in today’s world, where nowhere is there a “revolutionary threat”. Not to mention the obvious fact that big financial capital shows little enthusiasm for the “nationalism” of the far right–even if it is ready to adapt to it if necessary.

A few words on the last episode of this global “brown wave”, the Bolsonaro phenomenon in Brazil. It seems the closest to classical fascism, with its cult of violence and visceral hatred of the left and the labour movement, but unlike various European parties–from the Austrian FPO to the French FN (now Rassemblement national, RN)–it does not have roots in the fascist movements of the past, represented in the Brazilian case by the AIB led by Plinio Salgado in the 1930s.

Nor does it make racism its main banner, unlike the extreme European right. Certainly, he made some racist statements, but this was not at all the focus of his campaign. From this point, it rather resembles Italian fascism of the 1920s, before the alliance with Hitler.

If we compare Bolsonaro with the European far right, we see several significant differences:

What is common to Trump, Bolsonaro and the extreme European right are three themes of reactionary socio-cultural agitation:

These three themes, together with “the war on corruption”, were decisive for the victory of Bolsonaro, thanks to the massive spread of fake news by social media (it remains to be explained why so many people have believed these gross lies). But we still lack a convincing explanation of the incredible success, in just a few weeks, of his candidacy, despite the violence, the brutality of his civil war speeches, his misogyny, his lack of program and his shameless apology for the military dictatorship and torture.

How do we fight against this? Alas, there is no magic formula to fight this new global brown wave. The appeal by Bernie Sanders for a World Anti-fascist Front is an excellent proposal. At the same time, broad coalitions in defence of democratic freedoms must be built in each country concerned.

But it must also be considered that the capitalist system, especially in times of crisis, constantly produces and reproduces phenomena such as fascism, coups and authoritarian regimes. The root of these tendencies is systemic, and the alternative must be radical, that is, anti-systemic. In 1938, Max Horkheimer, one of the leading thinkers of the Frankfurt School of Critical Theory, wrote: “If you do not want to talk about capitalism, you have nothing to say about fascism.” In other words, the consistent anti-fascist is an anti-capitalist.