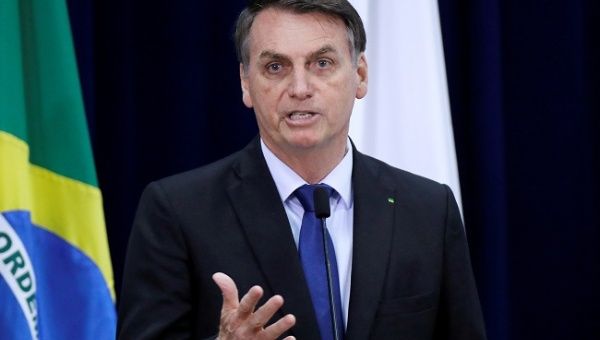 Brazil’s far-right President Jair Bolsonaro is pushing to resurrect a dilapidated highway project that seeks to build a highway through the heart of the South American country’s Amazonas region.

For more than 50 years, the destruction has almost always begun with a road hewn through the dense Amazon rainforest. With pavement, comes logging, then ranching and eventually commercial farming and towns.

This hamlet of several dozen houses sits on the crumbling vestiges of BR-319, a highway built in the 1970s by the military and quickly abandoned. Much of the route is now impassable during the roughly six-month rainy season. Vehicles that attempt it during dry months crawl along the broken pavement, dodging epic potholes and jungle debris. Locals warn visitors who wander the section north of Realidade to look sharp for jaguars.

Now Brazil’s President Jair Bolsonaro has vowed to resuscitate the road. Some scientists say the project could determine the future of the Amazon, the world’s largest tropical rainforest.

Bolsonaro’s administration is working on an ambitious plan to begin reconstruction by 2021 as part of a broader strategy to jumpstart economic development in the region. The completed project would reconnect Realidade with Manaus, a riverfront metropolis of 2 million people that lies 600 kilometers to the northeast. With BR-319 out of service much of the year, Manaus is consistently reachable only by water and air travel from the rest of Brazil.

“We are certain that our BR-319 will be paved,” Bolsonaro said in July at a public event in Manaus.

Amazon researchers said the repaved road would trigger an explosion of deforestation in Amazonas, currently Brazil’s best preserved rainforest state precisely because it has few good roads. A highway to Manaus would enable subsistence farmers, land speculators and loggers to penetrate deep into the jungle, said Philip Fearnside, an American ecologist at Brazil’s National Institute of Amazonian Research in Manaus, who has examined the link between roads and deforestation.

A study led by the Federal University of Minas Gerais estimates the project would result in a fivefold rise in clearing by 2030, the equivalent of an area larger than the U.S. state of Florida.

Fires have ravaged the Amazon this year, sparking a global outcry that Bolsonaro’s government is not doing enough to protect the rainforest. The president has defended his environmental policies as well as Brazil’s right to develop its territory, as industrialized nations have done with theirs. He has warned international leaders to butt out of Brazil’s internal affairs.

A leading Brazilian climate researcher, Carlos Nobre at the University of Sao Paulo, says the Amazon is nearing a tipping point, beyond which the rainforest would enter a self-sustained cycle of “dieback” as it turns into savannah. Roughly 15-17% of the forest has already been destroyed and the point of no return is 20-25%, Nobre said.

Such a decline would release huge amounts of greenhouse gas and make it much more difficult to restrict a rise in global temperatures to 1.5-2 degrees Celsius, the goal to avoid the worst effects of climate change, Nobre and other scientists say.

“World at a Crossroads and a System of International Relations for the Future” by Foreign Minister Sergey Lavrov for “Russia in Global Affairs” magazine, September 20, 2019
Victims left behind in U.S. Agent Orange cleanup efforts