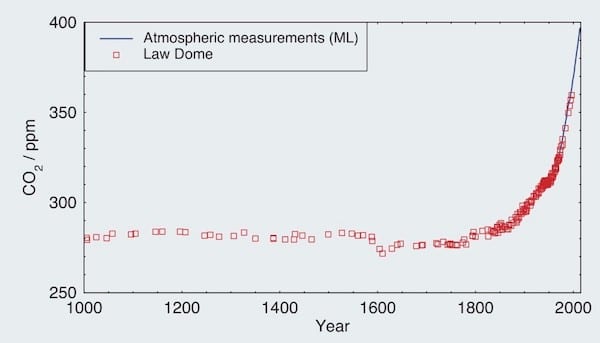 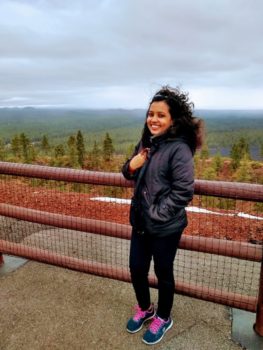 Background: Global climate strike led by Greta Thunberg and youth around the world has trigged climate justice debates in the mainstream. In India, from the past few weeks, we have witnessed climate protests in major metropolitan cities demanding governments to act on the current climate crisis to ensure a livable future for the coming generations. This outcry all around calls for a thorough examination of the debates around climate change especially for the Dalit, Bahujan and Adivasis communities whose majority population is engaged in climate-dependent livelihoods like agriculture, fishing, and forest-related activities.

I begin by briefly explaining, what is climate change? Climate change means a change in the usual weather pattern found in a place. The change can be in terms of the amount of rainfall or snow received or temperature in a season, month or throughout the year (NASA, 2014). United Nations framework convention on climate change, 1992, outlines climate change as a “change of climate which is attributed directly or indirectly to human activity that alters the composition of the global atmosphere and which in addition to natural climate variability observed over comparable time periods.” Climate scientists all around the world have overwhelming consensus that concentrations of carbon dioxide, methane and nitrous oxide have significantly increased since the beginning of the industrial revolution, which has caused extensive use of fossil fuels and deforestation. Reports suggest that there has been a 40% increase in CO2, a 150% increase in methane, and a 20% increase in nitrous oxide in the atmosphere (The Royal Society).

The direct correlation of the industrial revolution and a significant increase in the emission of greenhouse gases has led to investigating the role of colonialism and capitalism in the context of climate change. Marx in Capital volume I explains the antagonistic relation between the capitalist mode of production and the environment. He writes, “All progress in capitalist agriculture is a progress in the art, not only of robbing the worker but of robbing the soil; all progress in increasing the fertility of the soil for a given time is a progress toward ruining the more long-lasting sources of that fertility. . . .” In other words, the capitalist mode of production not only exploits the workers but also is responsible for environmental degradation. This theoretical framework sets the former colonial powers and the presently developed countries as the historical carbon emitter.

In 1990-91 report published by the World Resources Institute in collaboration with the United Nations holds developing countries like India and China for global warming given the rates of emissions. Based on this report the United States refused to sign legal binding to reduce greenhouse gases. As a response to this report and stand taken by the United States, Sunita Narain and Arun Agarwal (1990) wrote ‘Global warming in an unequal world: a case for environmental colonialism’, they argued that countries responsible for colonial expansion and resource extraction should bear historic responsibility towards climate change. The economically powerful countries like the United States trying to impose greenhouse reduction on newly developing nations like India and China is obvious environmental colonialism as it will directly impact the millions of poor populations in terms of basic amenities like providing electricity, food production, etc. Thus, based on the principles of equity, right to development, low per-capita emissions the developed countries should reduce their emissions first (Thaker, Leierowitz, 2014). Since then India has articulated its official position based on this argument. Though this argument makes sense given the disparity between the Global North and South the contradiction emerges as the promised ‘development’ has led to displacement and dispossession of the DBA communities in India.

‘Hiding behind the Poor’ report by Green Peace (2007) statistically shows that the upper classes are responsible for the high greenhouse gases. It furthers that, “if the upper and the middle class do not manage to check their CO2 emissions, they will not only contribute to global warming, they will also deny the hundreds of millions of poor in the country, those who will be the most severely impacted by climate change, access to development.” The poor population in India constitutes of Dalit, Adivasis, and Bahujans (historically oppressed castes). Thus, the most vulnerable and severely impacted population due to climate change are the DBA communities. Intergovernmental Panel on Climate Change set up in 1988 by the World Meteorological Organization (WMO) and the United Nations Environment Programme (UNEP), to provide scientific information to the governments for developing climate policies. The IPCC’s recent report centers “ethical considerations and the principle of equity as the warming of earth’s temperature up to and beyond 1.5 degrees Celsius and mitigation actions required to limit the warming up to 1.5 degrees Celsius will disproportionately fall on the poor and vulnerable”. Here the principle of equity is clearly defined in three dimensions i.e. “intergenerational (fairness between generations), international (fairness between states), and national (fairness between individuals)”. As IPCC elucidates the centrality of equity in the context of climate change it becomes imperative to look at hierarchical caste stratifications and its implications related to environmental degradation in the Indian context.

In the above arguments, I have shown that DBA communities are the worst struck by the climate crisis specifically in terms of agricultural livelihoods and allied activities and vulnerability towards extreme weather events like floods and droughts. Given the high stakes involved in our communities, this calls for our attention on climate justice debates. In a society dominated by ‘caste mode of production’ (Kuffir) how do we analyze and present our concerns about climate change? To begin to find answers to these questions it is useful to go back to Phule’s writings. Similar to Marx, Phule employs materialistic understanding to analyze the caste society. He ties the exploitation of the Brahmanic cultural system which includes religious, socio-political and economic control to peasants’ oppression. Gail Omvedt in her extensive writings on Phule makes it clear that the peasant community for Phule was inclusive of all Dalits and, oppressed Shudra castes. She emphasis that Phule focused immensely on the aspect of resource management like “the importance of irrigation, relationship of water, land, forests, and animals in agricultural production.” Along with agricultural concerns Phule lucids scathing critics of colonial forest policies. As the colonial rule along with the Brahman Bania class has stripped Bahujans of their land, resources, and livelihoods causing a direct impact on the agrarian economy and agricultural processes at large.

“Previously those farmers who had very little land or who could not maintain themselves on their land used to go to the hills to eat fruit from figs or jambhuis or other trees, and they could scrape together a bit of money by selling fruit and leaves from the trees and wood cut form the forest, or by grazing one or two cows or three or four goats on the village pasture. Through this, they could get enough subsistence to live happily in their own villages. However, the European administrators of our “mai-bap” government, in their comprehensive British wisdom, set up for the first time a gigantic Forest Department. Since they have included all the mountains, hills, peaks, glens, dales and all the uncultivated lands and pastures as “forest,” this Forest Department has risen to such a pinnacle of power that the poor helpless paralyzed farmers have an inch of ground left on earth for their goats to even inhale the wind of the fields.” (Phule, 1883/2012)

These writings clearly signify Phule’s holistic consideration of human-nature interactions and its implication in socio-economic and political realms. This provides us with a foundation to grasp the interconnectedness between caste structures and the environment. As the DBA communities are the frontline communities impacted by climate change, we should follow the analytical path of Phule and carefully examine the present and future implications of climate change. Any elite, global north-based leadership articulating climate justice issues should be scrutinized through our realities. At present on one hand, we have the vicious climate change denying United States administration who are the largest per capita carbon emitter in the world and on the other Prime Minister Modi getting applauded for his climate justice leadership and actions by the United Nations when both are extensions of imperial and Brahmin state violence.

I hope with this introductory article, I have established a broader framework to situate caste in the climate change/climate justice discourse. This article will be followed by a series of articles examining different aspects of climate change in the context of the caste society.

Pradnya Mangala is a geographer interested in the human-environment relationship.