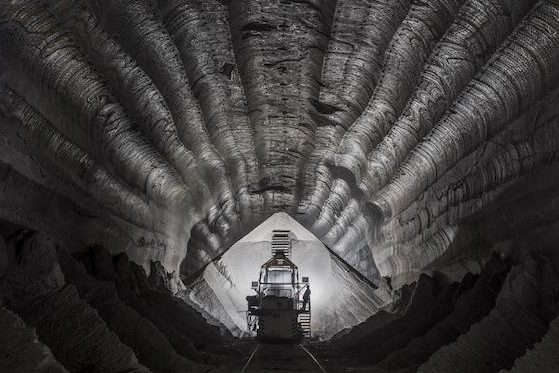 Do you ever look at your phone and wonder where the materials for the device came from, how they were excavated, and how that process may or may not have contributed to the collapse of life as we know it here on Planet Earth? The thought only crosses my mind every now and again, and I’m relatively “woke” to issues of environmental, climate, and social justice.

But the truth is, whether we contemplate it regularly or not, every year humans extract between 60 and 100 billion tons of material from the earth and move more sediment than all the rivers of the world combined. That’s according to Anthropocene: The Human Epoch, a buzzy documentary that was showcased and highlighted last month at the Sundance International Film Festival.

I think there’s a good reason why even the most conscientious among us overlook those questions every day when we look at our computer screens, switch the lights on, or start up our cars—to ask them is to hold ourselves accountable, to have to think even more deeply about our impact and how we as humans have pushed the planet into the age of the Anthropocene.

While many of us might want to shy away from the truth of our collective impact on Earth, Canadian filmmakers Jennifer Baichwal, Nicholas de Pencier, and Edward Burtynsky have spent four years documenting exactly how humans have altered the planet and its natural systems to bring us face-to-face with the environmental implications of our lifestyles, conveniences, and material needs.

The film, billed as “a cinematic meditation on humanity’s massive reengineering of the planet,” takes viewers to places like Norilsk, the most polluted city in Russia, and the Tagebau Hambach mine in Germany, to witness the largest excavator in the world cut through the earth. They also venture to Nairobi, Kenya, to witness a beautiful and complex moment—the government of Kenya burning thousands of ivory tusks, so they do not end up on the black market.

A few months after humanity learned we have only 10 to 12 years to limit climactic catastrophe, Anthropocene screened and was highlighted at 2019’s Sundance Festival. Afterward, I sat down with filmmakers Jennifer Baichwal and Nicholas de Pencier to discuss the process of making the film—and their hopes for what it’ll ignite in viewers. 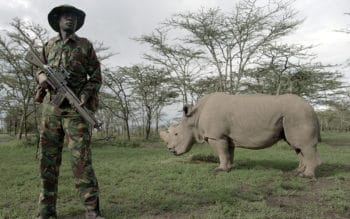 I want to start with the personal and ask, how has spending the past four years documenting this devastation impacted you emotionally? Do you feel anger? Grief? Hope?

Jennifer Baichwal: It is an interesting point that we go to all these places across the world to try to connect viewers in an experiential way with landscapes and places that we are responsible for but would never normally see. There’s a real kind of responsibility in that. Nobody goes to the palladium mine in Russia, where the materials for that cellphone you are holding are mined. So going to these places and reminding the viewer, Yes, you are connected to these places, was the goal of the film. A lot of people think they are living outside of nature when they live in cities, without recognizing that everything they do every day is taking from the natural world in some kind of way. So the feeling is a desire to convey that these destroyed far-flung places are the product of business as usual. We’re extracting every day, moving sediment every day, and terraforming every day, so people can eat salad in the winter. The effect [that documenting it all] has on me is that I’ve cultivated a desire to make that connection. The other part of it is that even in the most devastated landscape, there’s always someone working for positive change or living with dignity in that environment—someone who is a beacon of hope, and those are the people who keep us going.

Can you talk about the various outlooks on the Anthropocene that you’ve encountered?

Baichwal : There’s a really interesting Indigenous critique of the concept of Anthropocene, just as there is a feminist critique and an economic critique, and that critique is that the Anthropocene is not the result of all humans but a very small group of humans from the global north who have enormous footprints—who use loopholes and legislation to pollute the commons. I would say the Indigenous critique is probably the most powerful in terms of the mindset of Western rationalist thinking, which considers there’s a mind-body dualism or there is a human-nature dualism, and not an understanding of the integration of every man. So I accept all of those critiques, but I also think the scientific perspectives are right and have a really important message. 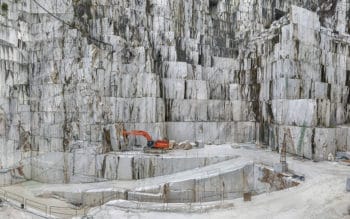 Beyond film festivals, what is the plan for the film to reach those who are outside of the environmental/social justice echo chambers?

Baichwal: The whole project started with [museum exhibit] Manufactured Landscapes 13 years ago, and the museum exhibit [the Anthropocene exhibition will continue at the National Gallery of Canada until February 24] are all a part of an attempt to get it out of our echo chambers. That is why the film is nonaccusatory. It’s very experiential. It’s not an environmental rant. It’s not a polemic. And ya know, we have lots of friends that do exactly that, that do the clarion call, and their films can be incredibly galvanizing, but they can also alienate everybody who doesn’t agree with their perspective. Our goal from the beginning was to create a space or an arena to meditate on these issues and our own implication in these landscapes in a way that invited everybody. And we have found that that’s what the project [the film and museum exhibition] is doing. It’s creating a bigger conversation. People are coming because it’s also an art film, and they are leaving saying, “Wow I didn’t know that!” and that is the kind of openness we are hoping for.

And the other element that is a part of the project is the museum exhibition. So that aspect has photographs, video installations, augmented reality, and 360 VR, and at the end of the exhibition there is a kind of a change station where we’ve listed all the [climatechange-combatting] people and organizations we’ve had relationships with for years. So when people ask, “What can I do?,” we point them to things like supporting the Waterkeeper Alliance, Earthjustice, and the Stop Community Food Center, and actually helping people who are food insecure in the city because of inequities in the economy that can be traced back also to environmental issues. It always pisses me off when people separate environmental and social justice as though they’re not exactly the same thing. They are the same thing, and fighting for one means fighting for the other.

What’s the most heartbreaking case of human impact that you’ve witnessed?

Nicholas de Pencier:  You mentioned the tusk burn outside of Nairobi, where the Kenyan government burned all of those confiscated elephant tusks and rhino horns they had been stockpiling for decades from all the poaching. It was a very emotional moment to see these eleven massive piles of tusks and realize that the weight of the loss of these that number of majestic animals at the hands of humans, for profit motives. And at the same time, it was a very positive event in that it was a statement that said, Here is no market for ivory, at all. There’s no such thing as legal ivory. I agree with Dr. Wendy Carew, who’s in the film—she’s the wildlife biologist and this tusk burning was her brainchild; she worked for years to make happen. And her thoughts are that the ivory belongs to the elephants and there is no market. And we’re going to prove by burning all of this ivory, and invite all of the cameras. The complexity of that moment—the positive and the negatives, the aspirations, and the sense of loss and devastation—was all whirling around in a very powerful way. That’s the kind of complexity we try to honor in the film. 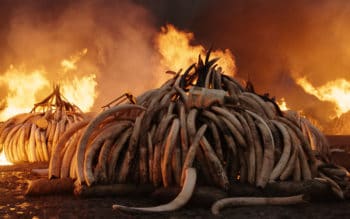 What solutions or actions do you think are most effective?

de Pencier: The non-prescriptive philosophy of the film—that we don’t point at specific solutions—is absolutely intentional, because I think globally, it’s going to take so many solutions. And the film is a global film. We do go all around the world, and it would be almost impossible to try and include answers to all of these questions. So, that’s deliberate, and our ambition is that people who see it are transformed in a way that’s unique to them. And if their action is going to change individually or if they’re going to get involved, it’s going to be in a way that they have the most capacity and passion for, and not in a way that’s being prescribed from the outside.

And in our own lives, we’ve taken on a few things very specifically. We live in Ontario, which is one of two provinces in Canada that does not have a return deposit on single-use plastic bottles, which just seems ridiculous. So, that’s something that we’re trying to activate and draw attention to in our home, and more broadly in Canada. The cutting of old-growth forests, as well, is something that we’re trying to draw attention to. It really takes a combination of individual choices joining with or supporting collectives that are fighting for change [in the form of] political influencing and lobbying, voting, pressuring corporations to do better, and looking to Indigenous communities for models of interacting with the natural world that we’ve lost or never had.

As the filmmakers state, Anthropocene does not exist to point fingers or lay blame; in fact, it urges viewers to contemplate even deeper thoughts and questions, like, What is our legacy, both as a species and individually? Some might critique this film, stating that we are in the 11th hour and there is no time to not accuse those who are most responsible for sending us more quickly into the Anthropocene. While there’s legitimacy in that, there is something refreshing about this film not feeling divisive—that the viewing experience isn’t like watching a battle to decide who is more righteous. The truth is simply in the images.

Anthropocene: The Human Epoch is available on iTunes, and viewers can further engage with the project at https://theanthropocene.org/museum/.